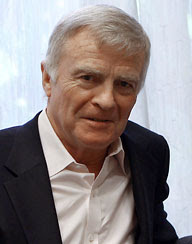 The disclosure is deeply embarrassing for Britain's security service and has forced a review of vetting.

The man was a surveillance operative with several years of service. His wife, 38, is believed to have approached the News of the World when she realised that Mr Mosley – a regular client – had booked five prostitutes for a sex session costing £2,500.

Seeking damages for being busted, for being pure and unadulterated filth?? Absurd !!