Police bungle on a huge scale 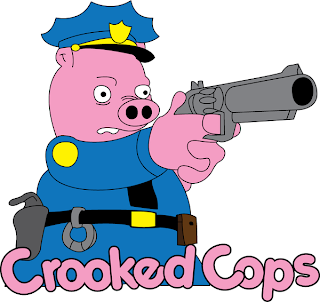 THREE-QUARTERS of Victoria Police officers have confessed to illegally preparing affidavits used to get search and other warrants.

An investigation by the force has identified almost 3000 pending criminal cases in Magistrates' courts which could be affected by the affidavit bungle and faulty affidavits will also be an issue in 299 upcoming Supreme and County Court cases.

Hundreds of convicted criminals are also likely to try to get their convictions overturned by arguing evidence obtained from dodgy affidavits was wrongly used against them.

"There are certainly cases we will be losing and there are others where we will lose some of the charges,'' Victoria Police Deputy Commissioner Tim Cartwright said yesterday.

The more than 9000 police who recently admitted failing to correctly swear affidavits were flushed out by Chief Commissioner Ken Lay's promise not to take disciplinary action against officers who confessed.

Mr Lay's amnesty, which was revealed in the Herald Sun in December last year, resulted in 75 per cent of the force signing disclosure forms admitting to incorrectly preparing affidavits.

A Victoria Police probe into the problem revealed the practice of officers failing to swear affidavits started at least 15 years ago and involves ranks right up to deputy commissioner.

The Herald Sun has also discovered:

POLICE will stop investigations and not lay charges in some cases as a result of faulty affidavits.

SOME of the forces most experienced detectives, including from the Purana gangland killing taskforce, the homicide squad, the Ethical Standards Department and the drug taskforce, have admitted flouting the law for years by not swearing affidavits.

THE embarrassing debacle has also infected the vast majority of suburban and country police stations.

Mr Cartwright stressed that not swearing an affidavit did not mean the contents of the affidavit were false as officers believed that by signing it they were attesting to its accuracy.

But he said he wasn't making excuses for so many in the force having incorrectly prepared affidavits for so long.

"It is deeply regrettable that we have actually had to go through this,'' Mr Cartwright said.

"We have 9000 members who say basically we got it wrong, or we are not sure we got it right. We shouldn't have got to that situation.

"Having said that, once we have discovered the problem we have worked really hard, and we continue to work hard, to fix it.''

"What the challenge is now is to make sure that in future we don't have other similar problems and that we have fixed whatever it is that is the root of this problem.''

Tony Mokbel and notorious underworld heavy Sean Sonnet have already seized on the police stuff-up to try to get off drug and conspiracy to commit murder charges.

The revelations in today's Herald Sun are expected to prompt hundreds of others to follow their lead as accused and convicted criminals discover there is every chance their cases involve unsworn affidavits.

"So you can imagine that every case that will have come out of those particular areas will be tested,'' he said.

Mr Cartwright said it was impossible to say how many prosecutions would be affected as the problem was being handled on a case by case basis as each accused or convicted person came before a court.

He said it will be up to the magistrate or judge in each case to decide whether or not to admit evidence obtained as a result of police using unsworn affidavits.

A judge in one current high-profile case, who can't be named for legal reasons, recently ruled evidence from search warrants was illegally obtained through improperly prepared affidavits.

But the judge used his discretionary power to still allow the evidence into the trial, saying doing so was more desirable than throwing it out.

"The probity value outweighed the prejudicial value is basically what he has found,'' Mr Cartwright said.

Police and prosecutors are hoping many more judges and magistrates come to the same conclusion as the thousands of cases affected by dodgy affidavits get to court in coming months.

WHAT THEY SHOULD HAVE DONE:

Sworn an oath or affirmation as to the truth and accuracy of the contents of the affidavit - which takes about 15 seconds.

Just signed the affidavit in the presence of a senior officer authorised to witness affidavits.

WHAT JUDGES AND MAGISTRATES HAVE TO DO IN EACH CASE INVOLVING UNSWORN AFFIDAVITS:

THE NUMBER OF PENDING CRIMINAL CASES WHICH COULD BE AFFECTED:

Just under 3000 in the Magistrates' courts and 299 in the higher courts.

HOW THE PROBLEM WAS IDENTIFIED:

Defence lawyers in a County Court drug trial in October last year challenged aspects of search warrants used to get evidence against the three accused, prompting a Det-Sen-Sgt to admit he had never used a bible to swear to the truth and accuracy of affidavits.

The judge then asked that a senior Victoria Police officer be called to give evidence as to how widespread the practice of not swearing affidavits was.

That senior officer told the court he had conducted a quick poll in the crime department and 25 detectives told him they didn't swear affidavits.

THE NUMBER OF POLICE WHO TAKEN ADVANTAGE OF AN AMNESTY TO ADMIT TO NOT SWEARING AFFIDAVITS:

WHO IS ALREADY TRYING TO USE THE BUNGLE TO GET OFF CHARGES?

Tony Mokbel is attempting to use the affidavit debacle as grounds to be allowed to change his guilty pleas on drug trafficking charges to not guilty.

Would-be hitman Sean Sonnet pleaded guilty to conspiring with now-dead crime boss Carl Williams to commit murder. Sonnet is due in court this week to try to use the unsworn affidavit issue to change his plea to not guilty.

A bungle is understood to be a mistake due to sloppy or ineffieient work,

The article should read as Police fraud on a huge scale.

Police are also involved in the drug syndicate, give free passes to ciminal bikie members, and fraudulently hand out thousands of road fines, but this information curiously does not make it out into the public arena.