Government has proof of low wages for foreigners on skilled visas

THE Federal Government said it had proof that foreigners on temporary skilled visas undermined the wages of Australian workers. 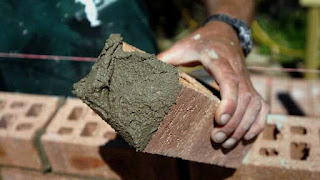 Immigration Minister Brendan O'Connor said new figures revealed that a surge in skilled 457 visas had seen wages tumble in the information, communications and technology sector, as foreign workers accepted pay cuts of between $7200 and $8300.

Mr O'Connor said there had been a 68 per cent leap in the number of 457 visas in the ICT sector over the past four years, the biggest rise of any industry.

But wages for those workers had dropped between 5 and 12 per cent, despite overall wage growth across the economy.

"The trend is clear and if it is allowed to continue it could lead to wage cuts for Australian workers and permanent skilled migrants."

Holders of 457 visas are supposed to be paid the same as Australian workers and only given a job if there is a shortage of skilled Australians.

There have been claims that pay levels have been manipulated by some rogue employers in the IT industry in Melbourne and Sydney.

Mr O'Connor said he strongly supported the 457 visa scheme when it was used to fill genuine shortages, but in some industries there was a "saturation of 457 visas" and it was driving down wages.

Prime Minister Julia Gillard said Labor's crackdown was putting Australian workers first. But the government was embarrassed by former MP Pauline Hanson welcoming that position as "vindication" of her controversial policies in the late 1990s.

The PM rejected claims she had embraced Mrs Hanson's policies.

"It says everything about the modern Labor Party and where it is going and what it believes in, which is nothing," he said.

He said the debate was "running completely off the rails". He said only three companies had been prosecuted for misusing the system since 2009.

While diverting the attention of the herd population to the 'boat people' saga, the government has been allowing entry of so called 'students' to saturate Australia's job market.

The majority of Indian 'students' have been working illegally in many industries with the support of the authorities.

The 'learning' institutions have been part of the fraud, in where students who have been enrolled in courses did not show up to classes only to bribe the lecturers.

Authorities deliberately turn a blind eye with no 'blitz' in sight.