And these are the people in charge of the serf family's welfare.

There are plenty more paedophile magstrates/judges around, but only this one has made the public news media of late.

See article from 23 Aug 2019 by the Sydney Morning Herald of the headline:

Magistrate jailed over indecent assault of a teenage boy

Disgraced NSW magistrate Graeme Curran has been handcuffed and led away at the court complex where he used to hear cases, after he was jailed for two years and four months for indecently assaulting a teenage boy in the 1980s.

Curran, 69, was convicted this year of seven counts of indecently assaulting the boy, who was then aged between 13 and 15, after facing trial in the NSW District Court. The victim made a police complaint in 2013. 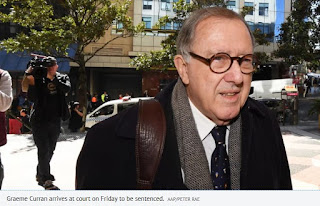 Curran befriended the family of the boy, whom he called his "little chicken", before assaulting him during a boat trip and in a "ritual" at his Sydney home where he ran his hands over the boy's naked body after they slept in the same bed.

Acting Judge Anthony Rafter on Friday said the offending involved a "very grave breach of trust" as he jailed Curran for two years and four months with a non-parole period of 16 months.

Acting Judge Rafter – who was brought in from Queensland to oversee the trial – said there was a significant age disparity between Curran and the boy, and Curran exploited the boy's vulnerability for his own sexual gratification.

He said Curran, who was admitted as a solicitor in the 1970s, "would have been in a position to know the ramifications of his offending".

"I am satisfied that imprisonment is the only appropriate penalty," Acting Judge Rafter said.

Curran was handcuffed by two Corrective Services officers and led away through a door at Sydney's Downing Centre, where he served as a magistrate from 2007 until his suspension in 2017 when he was charged.

Speaking outside court, Curran's victim thanked his family for their support.

"I'm glad that this six years is over, it's been a really long struggle," he said.

"It's been, you know, arduous and I'd like more than anything to thank everyone that's supported me through all this time."

In a victim impact statement, the man said the abuse had a "profound" impact on him which changed his life monumentally.

He said he was still trying to come to terms with it more than 30 years later, and felt revolted and sickened recounting the impact it had on him.

"While the physical acts have been impossible to forget, Graeme Curran’s psychological manipulation of me proved crippling," he said.

The Chief Magistrate's office confirmed in a statement on Friday that Curran is still a magistrate but will "remain suspended from the local court bench until all criminal proceedings have concluded".

"As he has not exhausted his appeal rights it would be inappropriate to make any further comment," a spokesperson said.

Curran will be eligible for parole in December 2020.

Pauline Hanson's remarks undermine the foundations of a democracy 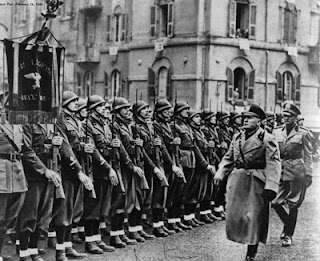 Many people will alledge that Australians live in a so called democracy, where one of the alledged rights people have is something called the "right to free speech" which is a Constitutional law protection according to Australia's Human Rights organisation.

With regards to any government or corporate action, the people may allegedly have the right to protest the policies by the corporation aggregate, under this "right to free speech", or rather the freedom of expression.

Pauline Hanson has remarked that protesters (the topic at hand is realistically irrelevant) should be dispersed with cattle prods, meaning that their voice must not be herd [oops sorry, Freduain slip] heard.

And the poor constituents thought that she was one for the people...

Seems that she's one for the corporatocracy or more like for the fascist state.

Posted by AuCorp at 9:26 PM No comments:

No doubt the 'palace' knew about this, and also 'supported' his behaviour.

There are more hiding within the palace, but whether they will be exposed is another matter.

These are the people who the serfs look up to...