Australia cashless sooner than you think? 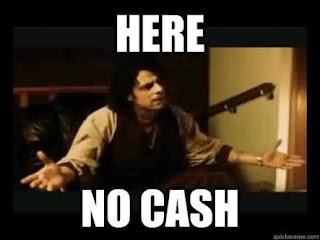 A 'thorn' in the administration of the general population in Australia is something called cash.


In order to give this tool that allows privacy the flick, the administration of Australia is in full swing under whatever excuse to do so. 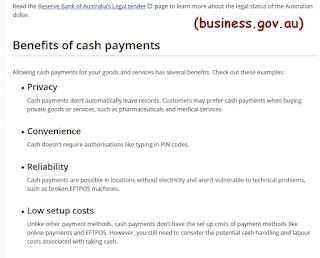 Privacy (of the general population) is not what the Australian Government is about, after all why would you if you're in a penal colony.

The first stage is welfare, as they are the first people that are literally 'owned' by the government.

Here is one implementation of going cashless, as reported on 21 Jun 2018 by 9news.com.au of the headline:

The federal government is a step closer to slapping an income test on carer allowances and expanding the trial of its controversial cashless welfare card.

The two key items on the government's social services agenda passed the House of Representatives on Thursday, and now await their fate in the Senate.

"The government therefore is aware of the needs to balance welfare spending with the provision of support services."

Savings from the test will fund reforms in carer services, with carers able to access new tailored and targeted services from September 20.

For the cashless debit card trial, the government wants to extend it to Bundaberg and Hervey Bay until June 30, 2020.


"The expansion to Bundaberg and Hervey Bay will help to test the card and the technology that supports it in more diverse communities and settings," Mr Porter said.

The changes would also see systems automatically identify when the cashless debit card is being used to purchase restricted products, and decline the transaction.

It expands restricted products to include "cash-like" items that could be used to gamble or obtain alcohol.

Labor is decrying the proposal for what it describes as insufficient consultation.

"While we know that most people have the ability to self-manage their incomes, we also understand that some people do need a hand," said Labor MP Emma Husar.

"Extending the roll-out of the cashless debit card without appropriate consultation and research is not an effective way of giving people a hand."

Posted by AuCorp at 6:05 PM No comments: 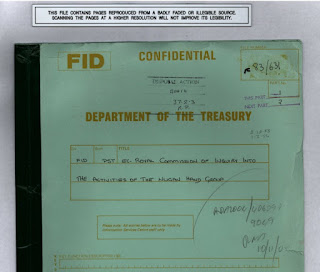 This is what the general population were allowed to know,
i.e. "FOR MEDIA" release (24 February 1983):

If Australia's police force gets caught out committing criminal offences, there are a few ways that the matter is dealt with by police. 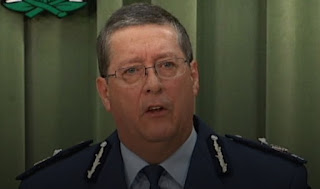 In this case Queensland's Police Service whose chief is Ian Stewart (pictured above), offered cash or hush money in order for the victim not to pursue further action against police.

So in Australia it's a crime to expose criminal activity [of the 3rd tier of government, called the judiciary, which the police are part of]?

(Still need more proof you live in a police state?)


What is also concerning is that 18 months earlier Ian Stewart falsely stated that the victim Mr. Noa Begic did not want to pursue charges against police, when in fact he did.

Please note that he (Begic) was paid off in a secret and court sealed confidential settlement, where he then withdrew the complaint.

How can a court (or any person) trust the words of the chief of police Ian Stewart, when at law he is described as an 'unreliable witness'?

A blueprint for your slavery - 2030 Agenda 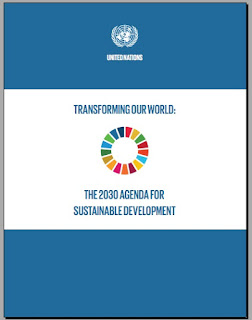 A new way to enslave people and implement austerity:

All the people that liked and shared the story from the Project here it is - again.

We have no idea what has happened to the original.

All the more reason to share this one far and wide

Jaymes Todd the rapist and murderer of Eurydice Dixon

Is it acceptable according to 'community standards' to hide the identity of rapists and murderers? 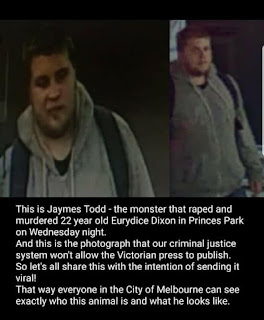 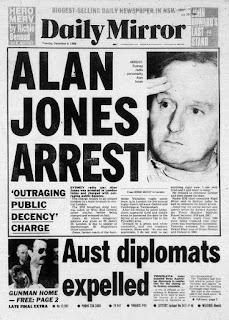 Sydney radio station 2GB’s Alan Jones sent love letters to school boys, had boys in his room late at night and perved on them in the shower when he was a teacher at The King’s School in Sydney in the early 1970’s. This behaviour led to Alan Jones’ forced resignation in 1973.

That type of conduct would be considered grooming today and the police would be called for sure.

And if it was anyone but Alan Jones the matter of the forced resignation by The King’s School would have been given a start at the current Royal Commission into Institutional Responses to Child Sexual Abuse.

Again in 1988, only a matter of hours after getting off a Qantas plane in London, Alan Jones was arrested in a toilet for “Outraging Public Decency”.

Alan Jones is the lowest of the low, why has he never been charged with grooming?