PHONE tapping is running rampant because of a lack of scrutiny of applications by police and others, the Ombudsman has warned.

George Brouwer revealed yesterday that no one examined the merits of why the Office of Police Integrity bugged telephones.

He could find no evidence the OPI had illegally tapped phones, but said that it, and Victoria Police, should be subjected to more rigorous scrutiny to ensure that all bugging was justified.

In a report tabled in State Parliament yesterday, Mr Brouwer recommended changes so that the OPI, and the new anti-corruption body that will replace it, have to argue merit as well as legality when applying to tap phones.

Every one of the 179 bugging applications made by the OPI since 2007-08 was approved.

Mr Brouwer heard allegations that the OPI had abused its powers when it bugged the phones of former police deputy commissioner Sir Ken Jones and Tristan Weston, an adviser to Police Minister Peter Ryan.

Mr Brouwer expressed his frustration yesterday that he had been unable to fully investigate allegations that the OPI had been abusing its powers to tap telephones.

"Witnesses have also raised concerns with my office regarding the OPI's alleged overuse of telecommunications interception powers - particularly, but not exclusively, in the investigation into Mr Jones," he said.

"Due to Commonwealth legislation, I am not able to investigate the OPI's alleged use of telecommunications interceptions."

He warned the lack of scrutiny of warrants used by the OPI, and by Victoria Police, could lead to a "situation where an opportunity for the improper use or overuse of interception powers could go undetected".

Corruption in the police force is rife, and none of the authorities admit to the great extent it is.

Heads of police are involved in the drug syndicates, but when they're exposed for other fraud, they are taken away from the public eye, and deliberately not reported by the government sponsored mass media.

The so called anti-corruption watch dogs are a joke at the expense of the public. 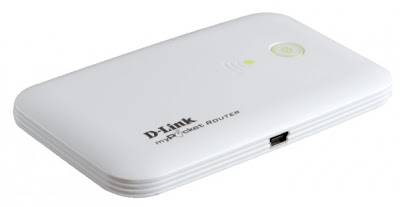 Another product that is not only a Consumer rip off, but marketed without many specification or performance results.

From the Gizmodo article:

Given the almost ubiquitous nature of 3G in Australian cities, yet the general lack of 3G SIM cards in most of today’s laptops, the idea of a pocket-sized WiFi router makes a lot of sense. DLink seem to think so, as they’ve just released the DIR-457U pocket 3G Wi-Fi router.

Capable of sharing 16 connections on one HSPA SIM card, the DLink router supports WPA2 encryption for added security, and has a built-in MicroSD slot which can be used to share files between devices. It runs off an internal battery, although there’s no word how much juice you can expect from it, and comes in both 850/1900/2100MHz and 900/1900/210MHz options. It has an RRP of $330, and is available now. 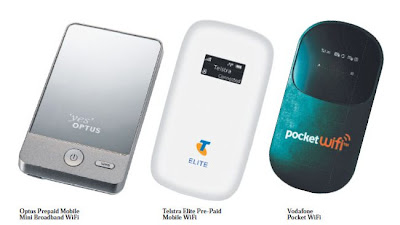 Unbeknown to most of the general populous, the humble pocket wifi router is yet another tracking device.

From a Brisbane based I.T. company, a security seminar was recently held dealing amongst other topics, privacy issues.

When a mobile router such as the ones shown in the illustration, irrespective of their branding, most of which are made by Huawei, is connected to the mobile tower network, via the users telco provided sim card, there are mobile status fields which are used in diagnostics tests. Some of these fields included are cellid, RSSI, Eclo, RSCP and Service Status.

It has been a well known fact within the industry that mobile phones are able to be tracked / traced via cell tower triangulation.

It should also come as no surprise that this is also true for pocket wifi routers.

Independent test results have shown how effectively the users pocket wifi router can be located to within only tens of meters accuracy, depending on the environment, even smaller tolerances.

Invasion of privacy of the masses is becoming more and more predominant, supported by the new laws that are being passed to allow greater invasion of privacy with the backing of the business community, with the excuse of 'marketing'.

There is very little that Mr. Joe Average can do to stop companies obtaining information about him (in the name of marketing), to hold and sell to others.

Governments are deliberately taking no action to protect the privacy of individuals.