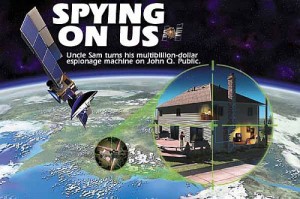 This week the Daily Mail broke a story that should terrify all. It is about an freedom of information act request that performed a wonderful thing. It forced the Department of Homeland Security to release a list of keywords and phrases it uses to monitor social networking sites and online media for signs of terrorist ‘boogie men’ or other threats against the U.S. This sheds new light on how government operatives are instructed to patrol the internet searching for domestic and external threats. The keywords were included in the department’s 2011 ‘Analyst’s Desktop Binder‘ used by spooks at their National Operations Center. Their Department chiefs were forced to release the manual following a House hearing revealing how analysts monitor social networks and media organizations for comments that ‘reflect adversely’ on the government.
What does ‘reflect adversely’ mean? Disagree with them? Question them? Hold them accountable for their actions? They use these keywords and phrases to watch its enemies namely you and me. No one is exempt or above suspicion in this day and age.
There are hundreds of words you should avoid using online unless you like the words “Guantanamo” and “Indefinite Detention”.  They released this ridiculous list as a form of pre-emptive mind control. Letting us know that they are watching everything at all time. The list includes some obvious ones related to real terror threats, but some make the head spin when you try to figure out how they came up with them, for example ‘Pork’, ‘Cloud’, ‘Team’, ‘Mexico’, and ‘Social Media’ to name a few.
So if you are launching a softball team for your company in Mexico City named “Cloud Pork Producers Inc.” and use social media to attract visitors…you are surly getting water boarded.
They make it crystal clear that discussing the watchers who watch you may get you red flagged. The terms ‘Cops’ , ‘Law Enforcement’, ‘Authorities’, ‘Homeland Security’, ‘Initiative’, ‘Police’, are on the keyword list. There are lots more but you get the idea.  I was surprised that ‘Freedom’ was not on the list because it is ‘Freedom’ and Free-Though that the government most despises.
Big Brother insists this secret police practice was aimed not at policing the internet for disparaging remarks about the government and signs of general dissent, but to provide awareness of any potential threats.  As well as the highly popular scare tactic of terrorism, analysts are instructed to search for evidence of unfolding natural disasters, public health threats and serious crimes such as mall/school shootings, major drug busts, or illegal immigrant busts.
Of course what was I thinking the tsunami or hurricane is going to tweet about it before it destroys a city or trailer park?  Public health threats of all kinds are already tracked by the Center For Disease Control (CDC). Their information gathering and correlation methods have been in place for decades and have served us well so far. They get their information from hospitals all around the country…you know where sick people go.  In regards to major crimes that is what the myriad of law enforcement agencies are for. Their networks of computer networks are all designed to track crime and the criminals who commit them.
None of what they claim as the reason for this surveillance makes any sense when you really think about it.
It is all smoke and mirrors to get at the real prize and that is you. If they really don’t like you or what you stand for, say the U.S. Constitution for example. Now it is easier than ever for them to hoist you by your own petard.
So let’s recap… big brother can destroy any last shred of personal privacy we illusorily thought we had but we are penalized against discussing them at all. Obama’s bastard creation ‘Indefinite Detention’ means they can grab you in the middle of the night and throw you in a dark hole and hold you for as long as they want without charge. To them FREEDOM is a Four-Letter Word. Your privacy is their play thing and bread and butter.
They are not trying to protect you from anything; they are trying to protect the government from the people. Corruption comes in many disguises, sometimes it does not wear a disguise, sometimes it hides in plain sight. This draconian surveillance of us all is a nightmare they tell us is a blessing. Think for yourself before they make that illegal too.
George Orwell’s novel ‘1984’ and Aldous Huxley’s ‘Brave New World’ were not supposed to be instruction manuals.
Here is the list of words they are watching for:

Posted by AuCorp at 9:18 PM No comments:

A Czech tourist whose body was found in a remote in a remote forest on the South Island was believed to have fallen victim to a sexual predator whose corpse was found near her.

Police believe the woman is 31-year-old Dagmar Pytlickova, also known as Dasha.
"Formal identification has yet to be completed but we are confident it is Dasha," Detective Inspector Greg Williams said.
The other body found nearby in the forestry area was identified as missing man Jason Frandi, a 43-year-old convicted sex offender.
Det Insp Williams told media on Tuesday afternoon it was likely Ms Pytlickova had been abducted and driven to a remote area where Mr Frandi attempted to have sex with her and then a struggle followed.
The bodies were found by motorcyclists late on Sunday morning in the Waitaki Valley, south of Christchurch, during a charity ride.
Det Insp Williams said Ms Pytlickova had been in New Zealand since January and was recently working at a vineyard in Cromwell.
It's believed she was hitch-hiking on Saturday when she was picked up by Mr Frandi, somewhere between Omarama and Kurow.
Det Insp Williams confirmed Mr Frandi was known to police.
He was given a three-and-a-half year prison sentence in 2000 for abduction for sex of a 19-year-old woman.
Post-mortem examinations were being carried out on the bodies on Tuesday.


The policy of the Anglo-Masonic legal system, is to let out sex criminals to terrorise the community.

In this case, the results have been fatal for the Czech tourist.

Posted by AuCorp at 7:26 PM No comments:

A strictly adhered to government policy is not to educate the children of the masses. This policy ranks at the top of the list in government priorities, and its execution is varied.

The majority of Australia's cities are planned in such a manner, that the affluent classes reside in the east, whilst the lower working class reside in the west.

In Melbourne's west, recent announcement has been made that a private school Mowbray College, which has a few campuses, and an approximate student enrolment of over 1000 pupils, is under administrative hands.

Corpau has obtained information that the college has been in financial trouble since 2011, and this information has been kept secret. The school is in debt to the tune of $14 million.

Pleas have been made to the Prime Minister Julia Gillard to help out, including an extended loan from the NAB bank, where the schools finances are held. 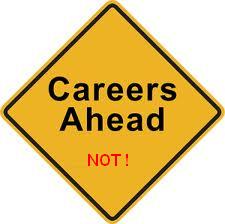 In line with the above mentioned policy, the request for financial assistance has been declined. The reasons given cannot be faulted, and sound 'logical' and are justified by the 'authorities'.

Education is a very important process to enrich the lives of the people who are 'privy' to it.

The schooling policy of the ruling elite is to dumb down the working class children, drawing away attention from education, replacing it with a focus on 'entertainment' and  media studies (e.g. 'reality shows'), with subjects like maths and English being weaker every school year.

Corpau is also aware of the individuals who have committed the fraud, but will not be named, as the fraud committed by the people in charge of the finances will not only go unnoticed, but even if anyone is implicated they will not be charged nor incarcerated.

Another slap in the face for the working class, making sure that's where they stay.

The politics are in full swing.

Further information has been gathered, that the school is in debt to the tune of $18 million. Also paperwork shows that the school was in financial difficulties much earlier, from 2006, and all the way back to 1996.

Whilst the government is silent on this matter, funds are directed to a government public school, for a swimming pool to be used exclusively by the public school's students.

Fraud / Bankruptcy are one of the quickest ways to make money, where the funds are 'stolen' and do not have to be given back (bankruptcy).

What angers parents the most is that the media were aware of this well before the parents, and the parents were only informed by the corporate media via the medium of television.

The school was deceitfully obtaining funds for future activities knowing full well that they were never to be realised. Another criminal act that will go unnoticed.

Whilst the feelings of confusion, anger and uncertainty lingers among the families of the children from the western suburbs, the children of the 'ruling elite' from the east are treated to a different scenario.

Whilst the children of the working class, have funds withheld from their educational institutions for necessities, the Victorian government secretly channels millions of dollars annually into various private schools for luxuries.

These private schools from the eastern suburbs are marked by the government for indefinite support from taxpayer funding.

The corporate media, filter through was information is to be put into the public arena, in line with the political agenda of the current government.

At the end of the day, the 'money for mates' scenario prevails over any other deal, legitimate or not.

Governments are in the business of making money from taxpayers, under whatever pretext available.

A marked / unmarked police pursuit vehicle can obtain only a few ( at a maximum) traffic infringements per hour, which is seen as grossly inefficient in the eyes of the authorities, and so 'old fashioned' or old school.

A youtube video : Police spy bikes -  Today Tonight, details how the new age of law enforcement is upon us.

In this video TT claim that the mission is so secretive, that they are not able to show the identity of the motorbikes.

The motorbike used is the Kawasaki 1400 GTR ABS

A police officer will now have the power to issue 'you' (the registered owner of the vehicle) an infringement notice for a 'minor' traffice violation, based upon video footage.

In this manner there can be a greater number of infringements issued per hour than can ever be achieved by a pursuit vehicle.

This is a pure money grab, and NOT a safety issue to reduce the amount of road deaths.

This new age of money collection does not apply to bikers ( proper term, and not the widely used term by the media - bikies), who are generally not prosecuted for road offences by police.


The old Hollywood movie saying "Innocent, until proven guilty" does not apply. You are guilty, and you have to prove your innosence.

The Orwellian age is in full swing.

Posted by AuCorp at 9:28 AM No comments: