“The world is made for corporations, and we are corporate fodder”, is the reality our biodegradable bodies live in, except the ones that consume McDonald’s food like items, where the decomposition rate is much longer, and your existence on this planet is shorter, due to the poisons ingested but that’s another story.

The steering committee of this pirate ship we call Australia is subservient to corporations and not the people (where the people are doing nothing about it), under the leadership of a person “Scotty from marketing” has given indemnity to vaccine manufacturers for side effects that are ‘inevitable’ when a vaccine is rolled out.

So if/when your child dies from the vaccine, it was just 'inevitable'.

How many lives lost due to the vaccine is acceptable?

“ZERO, is the only acceptable number”.

That’s the slogan used in Victoria for road deaths, a number that EVERYONE knows is not obtainable, but it’s an excellent excuse for revenue raising, for travelling 3km/h over the posted velocity limit.

Every new action/law passed by those in government is detrimental to your rights/freedoms and now legal right to sue for damages.

STILL not convinced you live in a penal colony?

See following article by The Sydney Morning Herald of the headline:

Vaccine suppliers given indemnity for 'inevitable' side effects

The Morrison government has given the suppliers of two COVID-19 vaccines indemnity against liability for rare side effects that experts say are "inevitable" when a vaccine is rolled out.

But the government will not set up a statutory compensation scheme, which the president of the Australian Medical Association, Omar Khorshid, said meant Australians who suffered "extremely rare" side effects from the vaccines would face a tough battle to seek compensation. 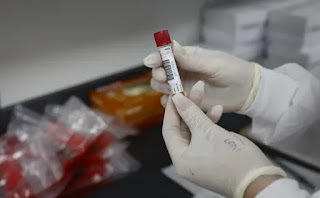 The federal government will give two of the companies making the COVID-19 vaccine indemnity against prosecution.Credit:Bloomberg

"With a brand new vaccine, it's going to be really hard to tell what is a vaccine injury and what is a rare medical condition that someone would have had anyway," Dr Khorshid said.

As part of its $1.7 billion deals to secure more than 84.8 million doses of the Oxford University and University of Queensland vaccines if successful, the federal government has indemnified the suppliers, meaning they cannot be held liable for adverse events caused by the vaccines.

British pharmaceutical company AstraZeneca is the sponsor of the Oxford University vaccine, while the University of Queensland vaccine is being marketed by Seqirus (CSL).

Plans to distribute the vaccine quickly across the population once successful phase three trials are complete mean the full safety picture will not be known when the first doses are administered.

Tuesday's federal budget assumed a nation-wide vaccination program would be rolled out next year.

But the government has rejected calls to set up a no-fault vaccine injury compensation scheme, instead opting to pick up the bill for any compensation payout if a member of the public takes legal action against the drug companies.

University of Sydney Associate Professor Nick Wood, a vaccine expert who designs hospital immunisation programs, said Australians who received a COVID-19 vaccine "for the benefit of themselves and the community" deserved the reassurance of a "safety net" through a no-fault scheme in case they experienced a rare adverse reaction.

Grattan Institute health economist Stephen Duckett, a former secretary of the federal health department, agreed that such a scheme was needed, saying there would "inevitably" be some adverse events associated with the vaccines and that some may take years to appear.

No-fault vaccine injury compensation schemes allow people who experience an adverse reaction to access compensation without having to convince a court that the vaccine was the cause of their injury.

Dr Duckett said safety data would continue to be collected after a COVID-19 vaccine was rolled out, giving a clearer picture over time of any adverse events, including by people in vulnerable groups such as diabetics and people with blood pressure conditions.

Professor Wood said community confidence would be vital in ensuring that there was wide enough take-up of the vaccine for it to be effective at preventing COVID-19 from spreading.

"If we get a scare and someone has a reaction, coverage will probably be hard to get up," he said.

A spokesman for the federal health department said the government was "committed to providing access to safe and effective COVID-19 vaccines" and had agreed to indemnify the drug companies due to "the need to appropriately share risks associated with achieving early access to a successful vaccine."