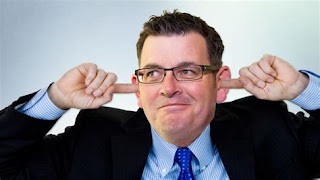 The people in the government of Victoria have lied about the origin of an alleged COVID-19 ‘case’, which was also responsible for a ‘snap’ lockdown, where the mainstream media perpetuated this lie. 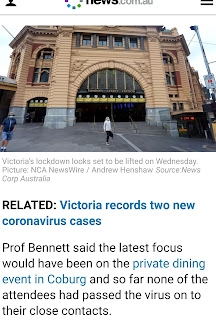 Daniel Michael Andrews stated on national television that apparently someone allegedly with the disease or rather (technically) allegedly with the SARS-CoV-2 virus was at a venue at 426 Sydney Road Coburg on the night of February the 6th 2021. 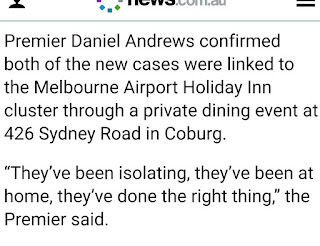 Upon ‘fact checking’ this address many people would resort to Google’s street view where it would show an Asian cuisine by the name of Big Belly, as being operational.

Well here’s the problem, the business has not been operational for quite some time and definitely not on the night Daniel Andrews stated.

The doors were shut and there was no business conducted at the premises.

Sydney Road has a few suburbs under its belt where some have even stated that the eatery was Penny Black, but the problem there it the Penny Black is in Brunswick and not under the street address of 426, but rather 420.

The government has lied on many occasions with regards to the so called pandemic and this latest news is not any different.

People who have been financially disadvantaged by this latest lockdown should seek legal advice in order to sue Daniel Michael Andrews and the state of Victoria.

See the details within the video:

Posted by AuCorp at 6:52 AM No comments: 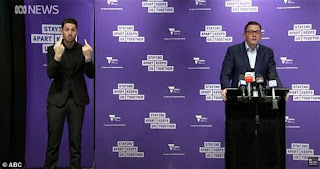 On Friday the 12th of February 2021, Daniel Michael Andrews announced that Victoria would be in a stage 4 lockdown state for 5 days, as a result of a failure of government with regards to the so called hotel quarantine at Melbourne Airport.

Even though people have shown screen captures from the dhhs website stating that the lockdown will not be lifted on Wednesday the 17th of February, Daniel Andrews has dismissed this ‘rumour’. 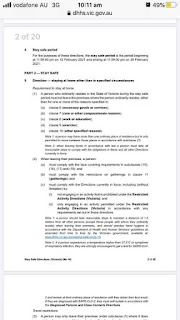 We have obtained information, from a reliable source that the lockdown will last three weeks or into the first week of March.

This will be dependent on the so called ‘cases’ in the community.

Remembering that the current premier, Daniel Andrews was in charge of the health portfolio where he stopped testing in order to obtain zero cases during the swine flu.

Please note that the diagnosis that gives the ‘cases’ scenario is inaccurately carried out, something the mainstream deliberately neglects to inform the people.

See video by Dr. Sam Bailey of the title COVID-19: Behind the PCR Curtain:

We've since learned that Andrew's advisory team recommended to him that the snap lockdown be lifted from Wed 17-Feb-2021 &23:59, as initially it was officially stated, despite the fact that the lockdown was to continue past Wednesday.

Posted by AuCorp at 2:24 PM No comments: