The colony we call Australia, is something the mother land referred to as a 'basket case' with regards to its legal system back in the 1980's, you know the time of the 'Australia Act'.

From the very beginning the authorities have been acting up on this land, where they had to be reminded of the law with the instalment of Colonial Laws Validity Act in 1865.

Not that it really helped, as they're still running amok up until today.

From no orders of Australian Governors-General Sir Ninian Stephen, William Hayden, Sir William Deane and Dr. Peter Hollingworth, to the 'Queen of Australia', unlawfully enacted 'owner onus', travelling 2km/h over the limit classified as a 'criminal' offence, the presumption of innocence is thrown out the door with strict and absolute liability offences, where first and foremost you are guilty of the offence, just to name a few.

Many people will say that the system is 'broken', but it's not, it's functioning exactly the way the law makers intended it to, after all they enacted the law.

The government of this land has installed a million pages (probably an exaggeration, but then again probably not) to punish you, the serf population, but 'only' 22 pages on how the people in government must act.

See the Commonwealth of Australia Constitution Act at:
https://www.legislation.gov.uk/ukpga/1900/12/pdfs/ukpga_19000012_en.pdf

Please note that many people on social media refer to a book of 1050+ pages erroneously as the 'constitution', where in reality its short name is referred to as the 'Quick and Garran', being the surnames of its authors, where its real title is The Annotated Constitution of the Australian Commonwealth, meaning that the book is an explanation to the above mentioned Act.

See the Quick and Garran at:
https://drive.google.com/file/d/0B21_coIgIYu2Tml3eGRjTXNRMG8/view

The Lawyer X / Informer 3838 matter was never meant to be in the public eye, where the corruption of the judicature, police and the whole legal business was to be hidden from the masses, where the integrity of the courts is in question with regards any person's matter and not just pertaining to the Lawyer X scandal.

Since this is what would be called a matter in the interest of the public, then all the names of the persons involved must be released, as other persons or rather defendants who have had legal dealings most certainly have had their matters compromised.

With the action of trying to prevent the former barrister's name being revealed, which we were told to be Nicola Gobbo (which was published last year on this blog at: http://corpau.blogspot.com/2018/12/lawyer-x-or-informer-3838-defence.html later being removed by Google), Victoria Police commissioner Graham Ashton, should be removed from office, but that will most likely not be the case in this 'basket case' colony.

In the case of Dimitrious Gargasoulas, he apparently received six life sentences  or to be imprisoned for life, but apparently he could be out in 46 years, where that's not really a 'life' sentence is it now? 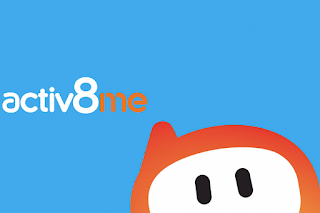 A good rule to follow is that if it's advertised, stay away from it, especially if it's a government advertisement.

See article from 5 Dec 2018 by the Australian Competition & Consumer Commission of the headline:


The ACCC has instituted proceedings against internet provider Australian Private Networks Pty Ltd (trading as Activ8me) in the Federal Court for allegedly making false or misleading representations when advertising its internet services.

The ACCC alleges that, between June and October this year, Activ8me breached the Australian Consumer Law when it made the false or misleading claims in three direct mail advertisements and five online banner advertisements marketing its Opticomm fibre-to-the-premises (FTTP) packages.

The ACCC alleges that Activ8me made false and misleading representations when it told consumers they could access speeds of up to 100Mbps for $59.95 a month with no setup fee. In fact, the $59.95 plan only offered speeds of 12/1Mbps and a set-up fee of $99.95 applied if the consumer did not sign up to a 12-month plan.

Activ8me also told consumers that they would receive unlimited data when in fact Activ8me could suspend access or charge more for data use it deemed ‘unreasonable’.

“This is the second time this year that the ACCC has taken enforcement action against Activ8me for engaging in conduct that we allege is misleading, after we issued an Infringement Notice for false or misleading claims in March” Ms Rickard said.

Background:
On 1 March 2018 Activ8me paid a penalty after the ACCC issued an infringement notice for alleged false or misleading representations that its internet services were endorsed by the ACCC.

Activ8me’s direct mail advertisements, sent to over 60,000 recipients, were targeted at consumers in areas connected to the Opticomm fibre network. Opticomm Co Pty Ltd (Opticomm) is a builder and wholesaler of FTTP network infrastructure to new estates and developments. Opticomm is not a party to these proceedings.

Release number:
251/18
ACCC Infocentre:
Use this form to make a general enquiry.

Is this is an example of something what is called an 'abuse of process'?

A person by the name of Blair Cottrell allegedly wrote on social media:

"Multiculturalism is no failure, since it's purpose from the beginning was to turn great nations into rabble of goyim, I would say it's been a great success" 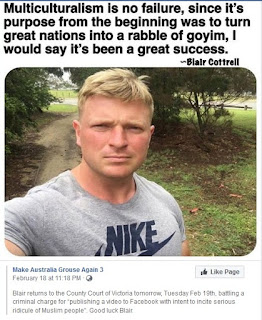 Since the Jewish people use the word goyim, why exclude them from the lawsuit?

Let's add Buddhists, Tao monks, Hindus and let's not forget those Christians (in parliament, apparently they're a big no no). 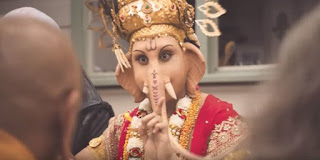 For the record, Victorian law has been scoured through to find this criminal act to "incite serious ridicule of Muslim people" and to surprise everyone no such criminal action could be found: 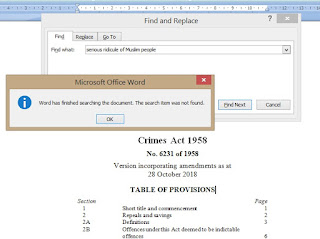 What is very important in this penal colony (to the authorities of course and not 'you' the serf) is that if a driver travels 2km/h over the prescribed velocity for a given stretch of road, then the registered owner of the vehicle is automatically guilty of a CRIMINAL offence, where that person must prove their innocence.

'Normally' in criminal law the burden of proof is on the prosecution.

Just a reminder from the Lawyer X exposé that court clerks, officials, registrars etc are under police orders.

STILL not convinced Australia is a Police State? 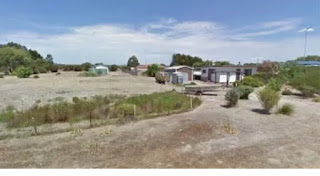 With the current MPs (Mutts in Parliament) at the helm, the colony we affectionately call  Australia is literally a runaway pirate ship, in (dis)regards to the law, human rights and 'self governance'.

With recent attention drawn to the dodgy company, Paladin registered to a beach shack on Kangaroo Island,  what should happen is the removal of people in government involved with the matter, starting off with Peter Dutton.

Since the self governing pirates of this colony rule with force, fear, intimidation with threats of violence, incarceration with the full support of a corrupt 'justice' system, it'll be BAU (Business As Usual) as soon as the racket dies down.

Realistically ALL government contracts should be put under the microscope, but will the serf ever see that happened in the colony they live in?

Remember the (false) advertisement: " Australia the lucky country", yeah but 'lucky' for who?

The dangers of smart phone 'computing' 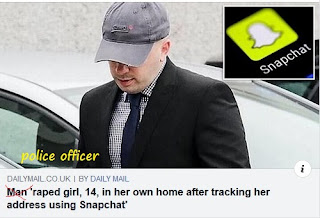 One of the best self sponsored surveillance devices is the mobile phone.

Previously your location via tower triangulation was contained within the telecommunications company where at least officially a warrant was needed for other government actors to access this information.

With the advent of smart phones a new level of surveillance and location accuracy can be obtained with the addition of cameras and GPS chips and other sensors within the consumer grade device. 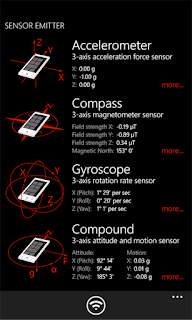 This data has now become easily harvested from the device with the help of apps or programs.

The respective app stores by Apple and Google have been around for over a decade, where programs contain 'malicious' code detrimental to the user's privacy and security, but only just recently this is being addressed.

Governments are promoting their services via Android / Google app only choices therefore putting the user's privacy / security at risk, where the more cost effective solution would be a device independent browser based service.

Since the agenda of governments is to monitor and control the movements of the serf population, more data can be easily harvested by a government controlled app, like the whereabouts of a Centrelink 'customer' claiming unemployment benefits from a holiday resort via their smartphone app, than from a more secure platform on a personal computer, with anonymising software and no inserted GPS chip.

An example of obtaining location information is highlighted within the screen capture of an article from the UK's dailymail where a paedophile police officer used this data to rape a young girl.

If a member from the administration (i.e. a judge, MP,  police officer, etc) had the same done to their child there would not doubt be an expedited overhaul of the law.

The problem is that the general population has been conned into relying on their (deliberately insecure) consumer grade smart phones, 'enticed' into putting their entire lives 'online' leaving 'breadcrumbs' in their wake for other to use.

Since most on social media are using their smart phones to log in, it seems that this will not change at least in the very near future anyway, as privacy / security does not really seem to be a concern for the serfs.

We do not recommend to log in to any services from your smart phone.