Why you should stay away from cheap Chinese phones (and cameras) 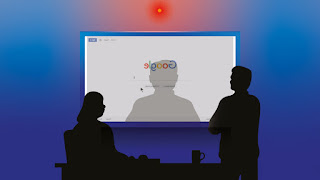 It's bad enough that the general population has to contend with 'Team America - World Police's', "we're gonna surveil the shit outta ya" policy which is monetised via something called surveillance capitalism, but also the commies/socialists are in on the act as well.

Here are a couple of articles that highlight the dangers:

How to keep yourself safe from Chinese spyware on budget Android phones
By Kyle Wiggers August 1, 2017 10:59AM PST

The last thing you want your smartphone doing is sending your text messages, contacts, and location history to a server in China. But according to mobile security firm Kryptowire, a particularly nasty brand of Android software did just that, transmitting text, data, call, location, and app data to a Chinese server every 72 hours.

Researchers began to raise red flags last fall, when it was discovered the the data mining tool in question — called Adups — had been living inside hundreds of millions of devices produced by more than 40 manufacturers. Florida-based Blu Products was one of the affected parties, and assured at the time that the problem had been identified and every trace of the spyware had been removed from its phones.

Now, nearly 10 months since the initial report, Amazon has suspended the sale of several Blu devices from its Prime Exclusive lineup over re-emerging security concerns. Kryptowire appeared at July’s Black Hat security conference in Las Vegas to say the spyware still existed on some of Blu’s current phones, which led to Amazon’s decision the following week.

The code, which comes preinstalled on certain Android devices, sends the data surreptitiously. “Even if you wanted to, you wouldn’t have known about it,” Kryptowire vice president of product Tom Karygiannis told The New York Times last year.


How to know if you’ve been affected, and what to do

An investigation conducted by mobile security researchers at Trustlook in December found that as many as 43 manufacturers, including brands like Lenovo and Gionee, contained similar spyware. According to the firm’s report, the software collects serial numbers, software version numbers, operator information, and texting and call data from infected phones; the company found traces in All Win Tech smartphones in Taiwan, Archos devices in France, DEXP phones in Russia, and Prestigio hardware in the Czech Republic.
Here’s a list of manufacturers with affected devices:
At this time, there’s no sure way to know if Adups is sending your personal information. However, some phone makers use Adups, rather than Google, to push over-the-air system updates, which is a clear indicator that the software is at least present on your device. The offending file, com.adups.fota, typically appears as “System Update” or “Wireless Update” within your phone’s list of apps in the settings menu. These are system apps, so they cannot be uninstalled — though they can be disabled. At the moment, disabling is the only known way to prevent Adups from running without rooting or installing custom firmware, which are riskier measures that will void your manufacturer’s warranty.

In November, Trustlook updated its Antivirus & Mobile Security app on the Google Play Store to check for Adups’ presence. The firm says it has updated the app continually to search for new Adups system programs linked to data collection as they’ve been discovered.

Specific phones known to include Adups more recently are the Blu Grand M and Cubot X16S. In addition to discovering the spyware in those two devices, Kryptowire’s Ryan Johnson told CNET he hasn’t found it in any handsets priced over $300. Additionally, only MediaTek chipsets have thus far been linked to the scheme. It would seem Adups is targeting low-cost hardware, predominantly from manufacturers that don’t sell phones in the U.S.

For those reasons, at this time we recommend staying away from budget smartphones powered by MediaTek processors built by any of the companies listed above.

Where it came from

The spyware is the product of Chinese firm Shanghai Adups Technology Company, and it targeted more than 700 million low-end Android devices. Adups said it worked with phone makers like Huawei and ZTE to develop the tool to monitor user behavior — ostensibly to identify junk text messages and calls.

But the software was never intended for American phones. An apparent bug caused more than 120,000 phones sold by Blu to become infected with the Adups tool. “Blu Products has identified and has quickly removed a recent security issue caused by a third-party application which has been collecting unauthorized personal data in the form of text messages, call logs, and contacts from customers using a limited number of Blu mobile devices,” a spokesperson for the company said in November.

In Blu’s case, the malware appears to have originated from a seemingly innocuous support app. Adups provides a utility that manufacturers use to perform remote firmware updates. “It was obviously something that we were not aware of,” Samuel Ohev-Zion, Blu’s chief executive, told The New York Times.

Blu claims Adups disregarded its request not to mine users’ data. “We have an email history with Adups saying we did not want that functionality on our devices, and they violated our request,” Ohev-Zion told PCMag. The company retained the services of Kryptowire to “keep tabs” on its software for a year, and partnered with chipmaker MediaTek to ensure its phones receive up-to-date, “clean” versions of Android.

Adups said that it had destroyed all information collected from Blu phones. “Today there is no Blu device that is collecting that information,” Ohev-Zion said last year. Now, Kryptowire is claiming that statement is false, while Blu maintains the situation has been dealt with. Meanwhile, an Adups spokeswoman told CNET all issues were resolved in 2016 and no longer exist.

It is not the first time Adups has raised the ire of an American tech company. Google, Android’s primary developer, instructed the Chinese firm to remove its surveillance tools from phones that shipped with the Google Play Store.

It is unclear precisely which devices are vulnerable. So far, the company has declined to publish a list of affected phones and said that there was not an easy way for customers to determine whether or not their devices contained Adups’ monitoring software. A representative for the company told The New York Times that it was incumbent on phone manufacturers, not Adups, to inform users that their personal information was being collected.

ZTE USA released a statement to press in November. “We confirm that no ZTE devices in the U.S. have ever had the Adups software cited in recent news reports installed on them, and will not,” it said. “ZTE always makes security and privacy a top priority for our customers. We will continue to ensure customer privacy and information remain protected.”

Update: Added newest information regarding Blu’s Amazon Prime Exclusive phones, in addition to an updated list of affected manufacturers and recommendations on how to spot the spyware and avoid buying a device that may contain it.

Following a Reddit thread about an issue with Google Assistant and Xiaomi-branded home security cameras, Google has indefinitely disabled integration with Mi Home, Xiaomi’s smart home platform. Google is investigating a bug that caused a user with a Xiaomi Mijia security camera to inadvertently view camera feeds from other homes.

Redditor Dio-V posted images in a post that detailed the issue. As per the post, when he asked his Google Next Hub to view one of their Xiaomi camera feeds, the Nest Hub displayed distorted still images from other homes, including one of a sleeping baby. The feeds looked like they came straight from a horror movie.

A Google Spokesperson said: “We’re aware of the issue and are in contact with Xiaomi to work on a fix. In the meantime, we’re disabling Xiaomi integrations on our devices.”.

We’d tell you to disconnect any Xiaomi cameras that you may have until the problem is fixed, but Google is already a step ahead. We’ll keep you updated when a fix arrives.

Posted by AuCorp at 3:36 PM No comments: