The advertising of positions is mostly done through so called 'agencies'.

These agencies are large database collection points, and by the time a position is advertised, most of the employment procedures have been exhausted.

FACT: Only 30% of positions make it to the advertised level in the market place.

Documentation held, with an 'alleged' professional 'position' from manpoweraustralia.com.au had contact details of a person, which do NOT exist once a correspondence reply was tried.

The company used fraudulent means to obtain information from prospective employees with NO position description given.

Posted by AuCorp at 2:07 PM No comments: 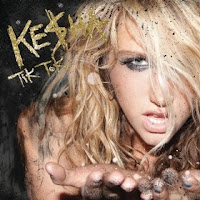 In modern 'pop' culture (or rather lack of) music also is used to send out messages that influence the younger generation.

The current politics of record companies and song writers, is to promote 'partying', and that you're cool if you end up drunk in a bath tub or wherever.

Performers like Kesha ( or as she wants to be known as : Ke$ha ) promote the break up / disharmony of the family unit, through a 'partying' lifestyle.

Through this the image of underage drinking is clearly promoted / evident. Even though Kesha's birth year is 1987 according to (wiki) and the legal drinking age in the United States is 21, the teenage lifestyle is evident where alcohol is the dominant party beverage.

"Before I leave, brush my teeth with a bottle of Jack" (Daniels)

"Trying to get a little bit tipsy"

"Aint got a care in world, but got plenty of beer"

promote alcoholism, and the delusional megalomaniac attitude that:

"No, the party don't start till I walk in"

play a very important part in the shaping of the children of the general populous.

Nothing more nor nothing less than PURE ENTERTAINMENT TRASH.

The politics is to degrade the youth of the canon fodder.

Posted by AuCorp at 1:30 PM No comments:

McNaught, 27, was filming a segment for the Nine Network's gaming and gadget program CyberShack on Tuesday afternoon when she fell from an electronic dirt bike, a report says.

She reportedly lost balance after the vehicle sharply accelerated and her right hand became jammed in the wheel — partially tearing off her index finger.

"She is having a major operation to reattach the finger, reconnect nerves and blood vessels in the finger that were severed in the accident," the Daily Telegraph reported McNaught's spokeswoman Kathy Ward as saying.

The report claims the model was rushed to Sydney's Royal North Shore Hospital where she underwent emergency microsurgery.

She is set to spend six weeks in a cast and is unlikely to appear at tonight's ARIA Awards, where she was scheduled to host the red carpet arrivals for pay television channel MTV.

The freak accident caps a difficult year for McNaught, following her split from footballer partner Braith Anasta in August.

She had been living with the Sydney Roosters star at his Coogee apartment for six weeks.

In January, she reportedly accused a contender for the Cleo Bachelor of the Year of assaulting her.

The Canberra-born beauty told judges that another rugby league player, who was never named, forcibly grabbed her and kissed her at a Sydney nightclub, a report said.

As tragic as an accident is, no one special BUT another

The aspiration for all young women.

Posted by AuCorp at 9:59 PM No comments:

The man charged with investigating the bashing death of a two-year-old toddler has blamed a disjointed state bureaucracy for the tragedy.

Hayley Monteau died in August, four weeks after being bashed by her father, who later committed suicide.

The girl was known to child protection authorities and the case has since attracted widespread scrutiny.

Child Safety Commissioner Bernie Geary undertook an investigation but a report has not been released publicly.

However, on the day a damning ombudsman's report exposed gross failures of Victoria's child protection system, the government released its response to Mr Geary's findings.

The commissioner also spoke publicly, albeit guardedly, about the systemic failures that contributed to Hayley's death.

He said there was no cohesion between government departments and agencies, such as police and the Department of Human Services (DHS).

"The information that I gave to government alluded to, in my opinion, a dearth in the way in which some of the systems, the silos interacted with each other," Mr Geary told reporters.

"I made criticisms and expressed my concerns around just how the different government silos interacted with each other and felt that people weren't acting together in the interests of the child's safety and wellbeing."

Mr Geary would not go into specifics, saying they would be contained in a broader report he would submit to the Victorian Child Death Review Committee.

In a snapshot of his findings, released by the Victorian government, Mr Geary identified problems with workloads and staff shortages in the child protection office managing Hayley's case.

Supervision and training was limited in the rural locations where the toddler lived, and there needed to be more interaction between police and child protection workers, he found.

Posted by AuCorp at 9:39 PM No comments:

For the three days leading up to soldier Edward McBride's suicide, his family say he was bombarded by telephone calls and texts from Church of Scientology members.

The family believe the church played a major role in his death but have spent the past two years without answers or recourse.

Independent senator Nick Xenophon last week made a scathing parliamentary attack on Scientology, accusing it of using religion as a front for criminal activities.

He wants the organisation to be investigated by parliament - a call which has so far won the backing of the Australian Greens, but not the government or opposition.

Police investigating his younger brother's death in 2007 had been stymied by the church, which failed to provide personal audit files as requested, Stephen McBride said.

"Every time I think of Scientology I still get a real bad aftertaste in my mouth," he told reporters in Canberra.

"There's something just not right about it."

Mr McBride was adamant the church contributed to his brother's suicide, with the coroner reporting the telephone messages contained intimidating statements, such as "this behaviour is unacceptable" and "you have missed your interview".

He had spent $25,000 on Scientology courses in his time with the church.

"The bombardment of 19 telephone messages backed him into a corner with no room to breathe," Mr McBride said.

"We've been through hell the last two years - please don't let my brother's death be in vain."

Senator Xenophon has yet to win the support of the government, despite Prime Minister Kevin Rudd saying last week he also had concerns about Scientology.

"It doesn't seem the numbers are there yet, but I will continue to build my case," he said, adding this was not a crusade against freedom of religion.

"This is a hell of a week and I think we are distracted with other issues, but I think it's inevitable there will be an inquiry one way or the other."

Senator Brown, who labelled Scientology a cult, said he would be angry if the government and coalition quashed any move for an inquiry.

Scientology - a 'cult' created by Lafayette Ronald Hubbard in order to avoid tax.

There is nothing 'religious' about it.

Our Children Target for pedophiles

IT IS highly disturbing to find documented proof that our children are unwittingly being used as test subjects for the treatment of pedophiles.

The Sunday Herald Sun has uncovered a document which reveals authorities deliberately expose our children to intellectually disabled pedophiles in shopping malls and supermarkets.

The Disability Forensic Assessment and Treatment Service (DFATS) document records the behaviour of pedophiles when they encounter children on these trips. It describes children as "targets".

This newspaper revealed two weeks ago that sex offenders were intentionally taken to public places frequented by groups of children.

The escorted trips were used to establish whether pedophiles were still a danger to children, or whether they could be released back into society.

What a dangerous game this is. It places our children in danger, both emotionally and physically.

Hetty Johnston, founder of Bravehearts, said it was "frightening" for a program to have children in the company of known pedophiles.

The document that lists the "results" of the pedophiles' trips out refers to children as "target groups". What a horrifying description.

The pedophiles in the program have been charged with sex offences but deemed to be intellectually disabled. Instead of prison, they undergo treatment in a secure centre in Fairfield or live in a halfway house.

They are escorted on regular trips to shops, libraries, cinemas and football matches.

The pedophiles allowed out include a man who faced 12 charges of sexually assaulting children. On a recent trip to a supermarket he reached out for a little girl in a checkout queue and his support worker had to intervene.

After the Sunday Herald Sun's revelation of the breach, Mental Health Minister Lisa Neville ordered DFATS to double its security of the men when they were in public places.

It is not good enough.

These trips must be stopped immediately. Our precious children are not "targets" or guinea pigs to be used in some bizarre experiment to discover whether pedophiles are still dangerous.

The attempted rehabilitation of pedophiles should not come at the expense of our children.