In Australia, bribes are ILLEGAL.

It is as much illegal (or a crime) for a commoner to bribe a Police Officer not to process a speedking ticket, as it is illegal for a politician to bribe another politician for perference of voting.

In front of the enitre nation of Australia, and with the deliberate silence of the mass media, Julia Gillard publicly BRIBES a Tasmanian politician to the tune of:

for him to sway his voting.

Australia currently stands in political limbo for a second week without a Prime Minister.

Australia is the laughing stock of the entire political world, yet the masses are left to do nothing about it.

The election process in Australia IS fraudulent, and supported by governments alike.

'Gillard' (with the support of her political party) has shown that they have to power to BRIBE, WITHOUT any legal consequences.

These politicians are ABOVE the law, and untouchable.

But what else do you expect from an Anglo - Masonic, convict inspied legal system ???
Posted by AuCorp at 5:53 PM No comments: 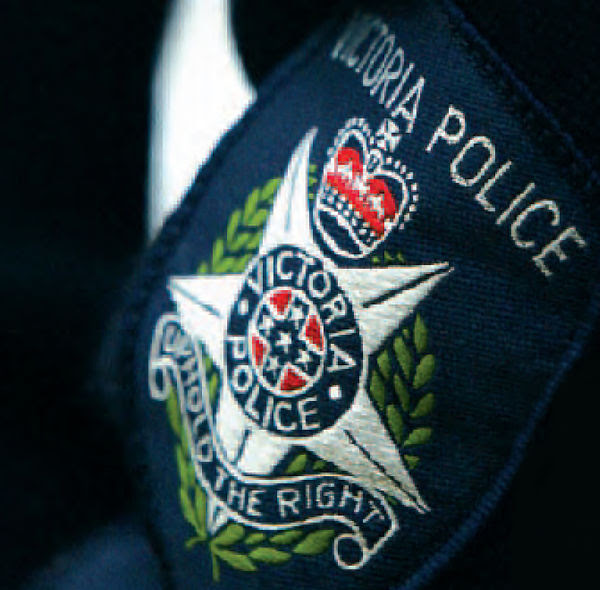 Victoria Police is one of the MOST corrupt Police forces in the country.

This is a well known fact not only to the authorities BUT also to the general public.

As a general rule the extent of the dealings is NOT published by the mass media nor the trade secrets, BUT from time to time the stories make it out to print, to show that crime reporting does happen.

In many cases the media reporting is NOT accurate, and some of the more higher profile Police killings have been reported by the mass media, imply as if the gunmen were unknown, and the police officers slain had nothing to do with anything, as they were innocent bystanders.

The truth behind such killings is that the crime families sent out messages to the rebellious non conforming Police that if you take our people down, we will take yours down. The message is LOUD and CLEAR, and known within the industry.

The difference with the Victorian Police force is the its underground crime ring is termed as 'old school' whilst in other states it's Hollywood's L.A style killings etc.

In the recent drug turf killings, that have been made very public, between the Moran and Williams drug families, a hit man from Sydney was brought to Melbourne killing Jason Moran in a public place in front of his family members.

Whilst Police may claim to have been 'stunned', it is well known within the industry that the gunmen were hired from Sydney.

Since the mid eighties, crime families have established strong Police cooperation with their businesses, with 'favours' being traded between the 'two sides'.

These meetings that have declared this fact happened away from the prying eyes of the general public in the company of the Anglo - Masonic brotherhood. This information has been confirmed by other members spoken to.

A few books have been written about the dealings of crime families in Victoria with the direct involvement AND protection of the Victorian Police.

NO State or Federal Inquiry has been made in to any allegations published within any books. Even if there was, the full extent will NOT be made public

The corrupt officials are some of Victoria's higher ranked Police officials all the way down to the 'foot - soldiers' at local police stations. They have a network of support from Lawyers and politicians that are on the payroll of the crime families.

The crime families are allowed to operated with the support of the people in government.

The businesses (for example in Lygon St.) of crime families have been mentioned in the mass media, and are known to locals and others, BUT nothing is done. Money laundering through the gambling venues is deliberately overlooked by the Australian Tax Office and Police.

The methods of payment vary from:

Other Police involvement in organised crime (but not limited to), in the areas of Melbourne:


It is pointless naming ANY individuals in this post, as the corruption, and the political strength of these people is too great to be overturned.

Posted by AuCorp at 8:58 AM No comments:

ALMOST 200 shotguns, semi-automatics and revolvers held by Victoria Police can't be accounted for, an embarrassing audit has revealed.

The shemozzle has been exposed in a stocktake of thousands of guns held by police over the past 20 years.

Among the 186 guns confirmed as missing are police firearms and others used for forensic comparison and training.

A police spokesman said not all of the weapons were lost, and the force expected most cases related to "poor historical record keeping and tracking of weapons". Some of the guns identified may no longer exist.

The force took security "extremely seriously". "Our record keeping and tracking of total firearms in the state, however, has not been sufficient over the past 20 years, and we are now undertaking extensive work to remedy the situation," he said.

Until last year there had been no attempt to reconcile four separate firearms databases.

The audit initially found 500 gun records could not be reconciled. Three of 10,292 operational guns are among those missing.

But the spokesman said he expected they'd be recovered soon.

"If they've been looking for months, they're not going to find them," he said.

Another Government COVER UP, and subsequently media misinformation campaign.

The firearms that have gone 'missing' are actually in the hands of organised crime figures which bought the firearms from crooked cops from the lower ranks up to the highest ranking police figures.

The names of these officers WILL NOT come out as they have too much protection from the government.

One of the highest profile shootings case in recent history, the Port Aurthur Mascare involved Martin Bryant (linked to the Tattersals Family) killing 35 people and wounding 21 others.

What the government kept secret from the general populous was that the fire arm used by Bryant originated from the storehouse of the Victorian Police.

Posted by AuCorp at 5:41 PM No comments: 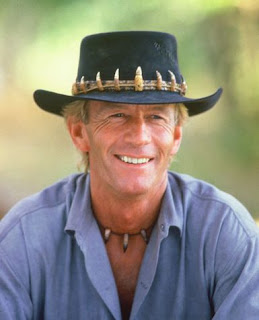 In recent news in the mass media, it has come to light that allegedly the taxation affairs of Mr. Paul Hogan are in the rears with the ATO (Australian Tax Office), which has obtained its information illegally.

As a double whammy, Hogan has also been stung by the American Taxation Department the IRS (Internal Revenue Service), at the request of the ATO.

The ATO alleges that Hogan (an individual) has registered companies overseas in 'Tax Havens' to avoid paying taxation.

The attack on Hogan is NOT purely from a taxation point of view BUT rather from a political / financial perspective.

People in influential positions with support from the political / banking / masonic and other institutions are ALLOWED to get away with the same machination that others are punished for.

In Melbourne, a property spruik, by the name of alleged name of Eugene Kukuy (a Russian - Jewish migrant) also known as Henry Kaye, was responsible for the fraudulent turn over of ONE BILLION DOLLARS plus, in the Australian property market.

On Eugene's payroll there were crooked bankers, evaluators, realtors, lawyers and politicians, which siphoned millions of dollars from the general public AND also the Australian Taxation Office.


The government allows for corporate fraud to occur (especially against the general public) , whilst individuals are punished for any alleged wrong doing, and it is up to them to prove their innosence.

Another unseen to the masses aspect of this whole scenario, is the Hollywood influence.

In order for Hogan to succeed in Hollywood his marriage had to be terminated with his long standing and devoted wife.

The Hollywood families that control the purse strings, MAKE YOU, and not 'you made it' in Hollywood as the slogan is portrayed to the masses.

You are the property of the producers and all your moves are monitored, and your public appearances are groomed by a marketing team.

You are a nobody before you entered Hollywood.

We give you the money and we can take it away from you.

Fraud happens in politics at all levels, and is also supported by governments and businesses alike BUT generally it is kept away from the eye of the masses.

In order for fraud to occur there must be some sort of support from the parties concerned for this to happen consistently and more importantly, unnoticed.

In particular a social club of Prahran, fraudulently amasses funds given by the government.

The government (in this case an officer worker) has given cheques to the club, (not to the club's registered business name BUT rather) under the name of an ex president who has NOT been active for 4 years prior, to be banked. The ex president then banks this cheque (fraudulently, as it is an offence to bank cheques containing monies that do NOT belong to yourself).

The club consequently DOES NOT receive any monies, BUT then is requested to 'cook the books' or fraudulently account for the non - existent monies.

Charities, non- for profit organisations, and other clubs rake in millions of dollars from government funds in grants and other means, are MOST likely to defraud the government of the monies concerned.

Some of these actions are supported (a blind eye is turned), by both parties, as the government has plenty of money for these purposes, and if anyone claims that these fraudulent actions occur, they are quickly and QUIETLY quashed.

Posted by AuCorp at 2:27 PM No comments:

Paris Hilton - Not my cocaine 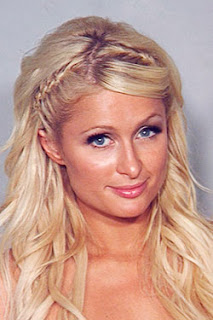 Yet another example of how the law does NOT apply to the rich and famous.

These people blatantly flaunt (and torment the general populous) the fact they they can get away with illegal activities i.e. in this example drugs (cocaine), whereas if the masses are to do a similar act, they would be incarcerated.

What is worse is that the judges are supporting this kind of illegal behaviour by handing out non punishable or lenient sentences. This enforces the fact that the same law is different for the masses and for the ruling elite.

The 'show' that Paris Hilton will be imprisoned is just to mummify the masses that it seems like the authorities are doing something about it.

The jail for her is NOT jail just another condominium in another premises.

Just another farce, and a kick in the face for Joe Average.