Family says policeman not to blame 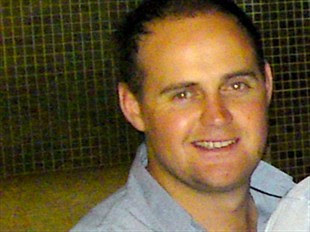 Thousands of uniformed police officers will line the streets of Sydney on Thursday to honour their fallen colleague Constable Bill Crews.

The constable's death has devastated the Crews family, but they don't blame the senior officer who accidentally shot him during a drug raid on Wednesday night, his brother Ben told reporters in Sydney.

"Bill was not just a fantastic police officer, he was a wonderful human being who had enormous respect from his peers, colleagues and friends," Ben Crews said during an emotional press conference on Tuesday.

Const Crews, 26, was accidentally shot dead by a senior constable while carrying out a drug raid with the Middle Eastern Organised Crime Squad at Bankstown.

Flanked by his parents, Sharon and Kel Crews, Ben said his family believed Const Crews's fellow officers were "in no way responsible for his death".

"Bill was tragically caught in the crossfire between the suspects and other members of his squad," said Ben, who is also a NSW police officer. His father also worked for the force.

"Police work has been a part of our family for many years," Ben said.

"We, as much as anyone, understand the risks and dangers that all police have to deal with every day.

"We have faith that the criminal justice system will hold those who chose to attack police responsible for Bill's death."

The routine raid went horribly wrong when a 55-year-old man allegedly shot Const Crews in the arm on Cairds Avenue at Bankstown.

Const Crews fired back three shots before he was hit in the neck by a bullet fired by a senior constable, Assistant Commissioner Dave Hudson confirmed on Tuesday.

"An autopsy confirmed that this shot was the shot that killed Const Crews," Mr Hudson said, adding that the senior constable had 10 years experience in the force and was devastated by what had happened.

"He's obviously doing it very tough at the moment," he told reporters.

Const Crews will be farewelled at a police funeral service in St Andrew's Cathedral in Sydney at 11am (AEST) on Thursday, NSW Police Association president Scott Weber told reporters.

"We will have thousands of police officers in uniform attending this funeral," he said.

"We will be lining George Street to commemorate Bill Crews.

"He was always an officer on the front line, always putting his hand up for any job.

"He has made the ultimate sacrifice and every police officer across the state is going to honour his memory."

Const Crews had been a police officer for three years and was training to be a detective when he was killed.

Two men have been arrested in connection with the incident.

Both appeared in Burwood Local Court on Thursday and did not apply for bail.

Mr Weber said support was being given to all officers who knew Const Crews during his time in the force.

Some officers who were involved in the raid on Wednesday night had opted to take leave, while others chose to return to work, he said.

"This is a tragic incident that has wide-reaching impacts across the police family," said Mr Weber, who was visibly upset.

"What we do know is that we will always support each other."

Const Crews is survived by his parents, brother Ben and sisters Rebecca and Kate.

A family funeral will be held in his home town of Glen Innes at the Holy Trinity Anglican Church at 10am (AEST) on Monday.

As oulined in red in the above story, the criminals used an 'unauthorised' firearm, as they ALL do.

Despite this the lawmakers and policymakers had a gun amensty, for all people to hand in their registered weapons.

This is a TOTAL farce, as crime syndicates still have firearms.

One of the GREATEST tragedies of this, is that authorities KNOW about the illegal activites of the individuals involved, but NOTHING is done until it is too late or someone within the force gets killed. 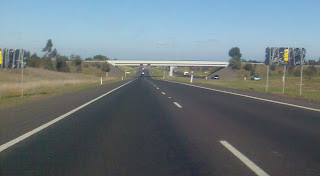 The real state of speed cameras is shown by the illustration above.

In the example the newly installed speed measuring device has been NON - OPERATIONAL and under repair for most of its existence.

The government has installed speed detectors as a means so that the general populous cannot use the excuse of that they did not know the speed of their vehicle when caught by a speed measuring device.

The government relies enormously on the revenue generated from speeding fines, in so much so that it is the focus of 'crimes' committed by the masses, as it give the highest dollars per time ratio.

The government also keeps secret the real state of inaccurate recording of the speed devices it installs on the roads.

The government KNOWINGLY produces fraudulently issued fines based on inaccurate speed readings from the devices.