Re: banking. The system is deliberately rigged against you from the start

Banks’ sinister tactic: Using the legal system ‘as a weapon’

ONE of the victims of Australia’s big banks hired a lawyer to help. What they got instead was an ominous warning. 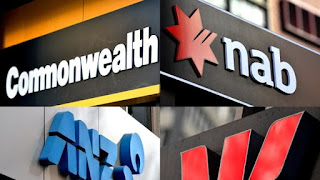 That was the last thing one victim of banking misconduct wanted to hear, least of all from their own lawyer. But there was plenty of truth behind the ominous warning.

Today Labor is releasing its submission to the Financial Services Royal Commission’s interim report, based on 14 roundtable discussions it has held with victims across Australia.

It has found that banks ruthlessly use the legal system to force their customers into long, costly battles they can’t afford.

“The legal system is being used as a weapon against us,” one roundtable participant said.

Many described the hopeless situation of being issued with a default notice and then facing top solicitors in court without adequate legal representation.

On top of the obvious problem — it’s hard to pay for a good lawyer when you’re already in financial trouble — victims often found law firms had conflicts of interest due to their own relationships with the Big Four banks.

“Many people ended up representing themselves in court proceedings they could barely understand, fronting up against a team of partners and lawyers from major law firms,” Labor’s submission states.
It found banks were drowning their customers in complex litigation, even when they were clearly in the wrong, and then offering settlements worth a mere fraction of what they owed.

Some victims said they had decided to walk away from decade-long battles because they simply could not handle another court hearing, emotionally or financially.

“In some instances, customers ended up taking the settlement because they just couldn’t continue the battle. People we spoke to felt completely powerless.”

Others said they had offered to settle legal proceedings, only for the banks to refuse and persist with the costly litigation.

Shadow Minister for Financial Services Clare O’Neil said victims had “the odds stacked against them”.

“One of the clearest messages from our roundtables was that victims who are mistreated by their banks have the odds stacked against them if they make a complaint,” Ms O’Neil said.

“In some instances, I believe the way the banks have used the legal system against customers is an abuse of the law.

“The legal system is inaccessible to victims when they have to face up, often representing themselves, against banks with deep pockets and teams of highly paid lawyers at the ready.”

Labor says its series of roundtables uncovered types of misconduct the royal commission “has not had the time to inquire into,” backing up its calls for the inquiry to be extended.

More than 10,000 submissions were made to the commission, but only 27 victims have given evidence in person.

The Opposition believes the Government is deliberately limiting the commission’s time frame, having initially resisted forming it altogether.

Prime Minister Scott Morrison has repeatedly said commissioner Kenneth Hayne will be given more time if he asks for it, but so far, he has not.

Labor’s submission includes harrowing descriptions of the toll the banks’ actions had on their victims lives.

“We were homeless for two years, and it tore the family apart. I had a big mental breakdown and had to start getting counselling,” said one customer from Townsville.

“My husband said he felt like going out the back and shooting himself,” said another, from Glandore in South Australia.

“Mum’s in hospital now because of what the bank put her through,” added one more, this time from Melbourne.

There are quotes like this from across the entire country.

“I’ve spoken with people who have had their families torn apart, lost their homes, lost farms that have been in their family for more than 100 years, developed physical and mental illnesses, or attempted suicide.” 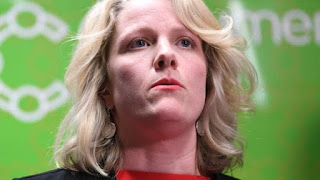 Mr Hayne delivered his interim report a month ago, along with a scathing rebuke to financial institutions for their “greed” and to the banking regulator for not doing enough to punish bad behaviour.

Mr Hayne said: “Too often, entities have been treated in ways that would allow them to think that they, not ASIC, not the parliament, not the courts, will decide when and how the law will be obeyed or the consequence of the breach remedied.”

The Government described his report as a “frank and scathing assessment of the culture, conduct and compliance of our financial system”.

“Banks and other financial institutions have put profits before people. Greed has been the motive as short-term profits have been pursued at the expense of basic standards of honesty,” Treasurer Josh Frydenberg said.

The banks, for their part, accepted their conduct needed to improve.

“For us at NAB, where we have made mistakes or done the wrong thing, we will own them and fix them. It is difficult to face the statement of ‘profits before people’ but this is exactly what we need to confront. Banking was built on putting people first and earning the trust of customers. We must return to these principles once again, rather than continuing to be short-term managers,” Mr Thorburn said.

ANZ boss Shayne Elliott said it was time to “fix the failures” of the system.

“We ­accept responsibility and we are determined to improve,” he said.

Posted by AuCorp at 2:25 PM No comments: 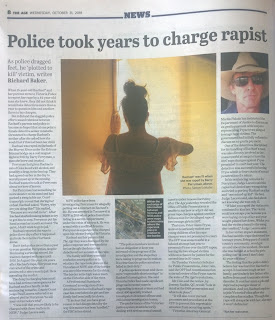 Posted by AuCorp at 9:21 AM No comments: 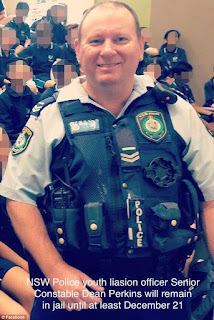 From article on 29 October by theguardian.com: 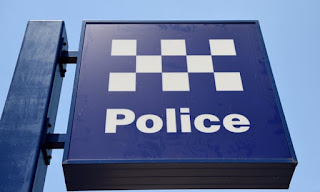 A Sydney police officer tasked with warning schoolchildren about the dangers of online predators has been charged with sexually abusing and raping a child over a decade. The victim was aged under 10 when the alleged abuse began.

The officer would tell children how to protect themselves from cyberbullies, sexting and online predators, one school’s newsletters reported.

“All year group presentations were well received by all staff and students, as we hope to inform and protect our students in the changing online world!” a note about his visit to St Dominic’s College in Kingswood states on the school’s website.

Perkins also met with parents and citizens groups and appeared on “anti-bullying plans” for multiple schools as a contact point for children and parents seeking further information.

But detectives allege the 43-year-old was a wolf in sheep’s clothing who, between 2007 and 2018, was sexually abusing a child.

Perkins was arrested on Thursday after an internal investigation by the professional standards command, supported by the child abuse and sex crimes squad.

He was charged with aggravated indecency and assault, attempted sexual intercourse with a child under 10, grooming a child younger than 14 for sex and two counts of sex with a child aged 10 to 14.

He was suspended from duty as a result, NSW police said in a statement on Friday.

Perkins applied for bail at Penrith local court but it was formally refused. He is expected before the same court again on 21 December.

Posted by AuCorp at 7:54 AM No comments:

The 'Australian Government' is a brand

They even give you instructions on how to use their 'branding'. 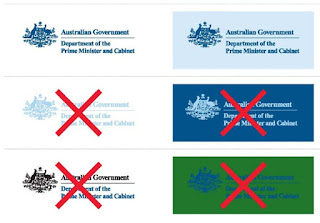 From within the document:

Trust the people in government for your mental health?

NOT on your life or anyone else's for that matter.

How many veterans who have gone overseas to kill people for the financial benefit of those in government (Iraq, anyone), only to be discarded or not looked after when they came back to Australia?

How many Australian families have been effected as a result of  their 'bread winner' losing their job to low cost migrants as a result of the government's policy for a massive influx policy into Australia's major cities?

MANY of the symptoms that people suffer e.g. depression can be attributed to the actions of people in government.

In Mid 2015, then speaker of the house Bronwyn Bishop stated on national television, on the topic of the Magna Carta that "the first job of a government is to look after the safety of its people."

Now what is not clear is which people Ms. Bishop was referring to, the people in government or the general population?

In any event in today's mainstream media headline you cannot rely on the government to keep the general population 'safe'.

and a few hours later the headline has a different story

The new ATO and VicRoads merger

Getting an invitation is always very exciting, especially when it's an 'open forum', you know when the rows of peasants can participate in a debate with the authority behind the pulpit as per the Roman times of many moons ago.

Well, there's one little problem here, in that it's 2018 and the people holding the 'open forum' are none other than the Australian Tax Office (ATO).

The ATO's definition of open forum is that you are being told what is going to happen, you know like a bit lot like in a dictatorship.

The subject was not up for debate, there was no discussion/feedback/concerns allowed from the rows of peasants listening.

So, here's what's going down.

Two dodgy businesses have got together in sharing databases.

Pity there was no "opt out" tick box.

Apparently for 'security purposes' in order for accountants to use the ATO's services, a new requirement is to take a selfie where this picture travels down the internet, and is authenticated with your driver licence on the database within VicRoads. 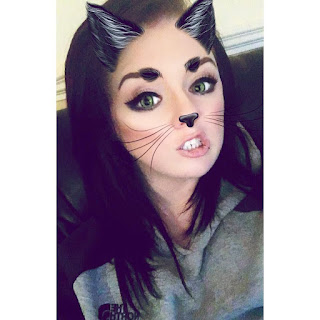 There are a few points of failure along the way, where sensitive data can and later will be compromised,  but since this is an action by the Australian Government in collaboration with another Victorian business, then the authorities will blatantly lie how 'safe' their implementation is.

In any event another data breach in the making courtesy of the imbeciles in the Australian Government, where the 'victims' will be persons from the general population.