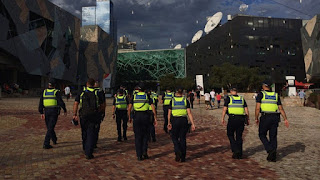 The Auditor-General released a report into Victorian crime statistics on Wednesday. Photo: Getty

Victoria’s crime statistics have not been manipulated and can be trusted, an audit says, as a perception of lawlessness takes hold of the state.

The Crime Statistics Agency (CSA) has found crime is on the decline, with offences dropping 7.4 per cent in the year to March.

The opposition has rejected optimistic readings of the data to wedge the Labor government on law and order before the November election.

But the Auditor-General on Wednesday said the data was reliable, after reviewing Victoria Police and CSA methods.

“We did not detect any manipulation of crime data or cases falsely recorded as resolved,” the report said of Victoria Police records.

It comes after the former police chief commissioner fudged the assault rate before the 2010 election, the state Ombudsman previously found.

There is a risk that police could artificially clear cases to improve rates with high-volume crimes like theft. The audit found no evidence of it in the cases reviewed.

“Another risk is that a serious offence, such as aggravated burglary, is not recorded accurately and downgraded to the less serious offence of theft,” the report said.

“Such inaccuracies could mislead the community about crimes and provide a false picture of police success in addressing crime.”

The audit “found no patterns in the data that would indicate intentional downgrading” by police.

CSA’s methodology for using that police data was found to be transparent and reliable. It does not audit police data and does not have the power to improve its quality.

Because of its non-compliance with that reporting, the Australian Bureau of Statistics does not report the number of assaults in Victoria.

The report said officers sometimes investigate before deciding whether to record the incident as a crime.

Victoria Police accepted the nine recommendations, including training officers to report incidents prima facie, if an incident appears to be a crime on first look rather than waiting until further investigation.

CSA is often cited for listing people born in Sudan as accounting for 1 per cent of offenders in Victoria. They make up 0.1 per cent of the population, according to the latest Census data.

Prof Wickes said the Sudanese-born population was much younger than the general population.

She said it was a “brute fact” that people aged 15-24 were those most likely to commit crimes in any demographic.

The Auditor-General report comes days after police botched its response to a brawl in Collingwood, where a record label launch at the Gasometer Hotel went sour.

Police wrongly said an 18-year-old man had his leg amputated after being crushed by a car in the affray. His leg was not amputated.

The suspected driver was arrested and released without charge.

There were claims authorities were warned it could turn violent, but failed to properly prepare and manage it.

A resident, who did not want to be named, told The New Daily on Sunday she went onto the street to ask police “why they weren’t doing anything”. 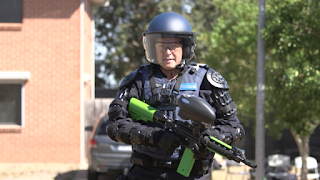 Victoria Police on Wednesday announced new crowd control weapons to be used from later this week, but rejected suggestions the timing was linked to the Collingwood brawl.

Dye could be used in the non-lethal weapons to “hit certain offenders that we need to identify or arrest”, Assistant Commissioner Chris O’Neill told reporters.

The assistant commissioner cited the December clash between protesters and controversial British commentator Milo Yiannopoulos as an example.