Telstra has denied (Golden rule No. 1 - NEVER admit under ANY circumstances) a report that its executives indulged in a lavish lifestyle while travelling overseas to persuade investors to take up shares in the company's final privatisation.

But Telstra spokeswoman Rosie Mullaly says the executives were not on a junket, but a five week roadshow* (read CIRCUS) with about 100 meetings in 18 overseas cities.

"What it delivered to the taxpayer was almost double the initial target," she told AAP.

The T3 sale process had raised $15.4 billion, instead of the $8 billion anticipated when the process began, Ms Mullaly said.

Responding to reports that Telstra executives stayed at exclusive hotels, costing more than $1,300 a person a night, she said that in the first four days of the roadshow, they had held 26 meetings across two continents.

"They needed accommodation where they could hold meetings in their rooms, and do it effectively."

The audit report did not criticise the executives at all, Ms Mullaly said.

The roadshow project did cost more than had been budgeted, she said, but it had delivered much more than anticipated.

The finance minister at the time, Nick Minchin, had said in November 2006 that the roadshow had been a "superb success".

Fairfax said the national audit office had found stockbrokers, investment banks and corporate advisers were the main beneficiaries of the $204 million spent on the T3 sale process.

So the initial estimate was correct, it's just that the OVERINDULGENCE is by $600,000.

Just another joke at the expense of the investor. Investing in IRAQ would be SAFER than T3 !

* Rolls Royce, Mercedes, BMW etc do NOT need a roadshow. They' re simply the BEST. 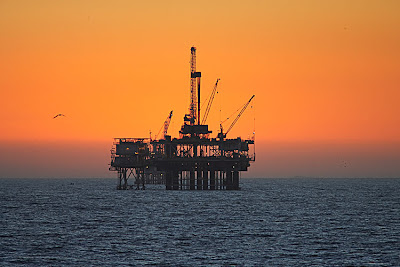 Amidst Global pressure to supply more oil, the Oil Barons did not want to increase oil production in order to keep the price high. The consequences of this are felt through EVERY industry.

As a result it was then decided to step up the oil production so "people would not search for alternative fuels" as quoted by one Sheik. This action and admission alone should be investigated by the Knight in Shining Armour (ACCC), the Saviour of Australia.

As a result of the increase in production it was announced that the price of oil would fall slightly easing the economic burden. BUT in a reaction the price fall the AUSTRALIAN GOVERNMENT said that it will NOT lower the price of fuel at the pump. Another action that SHOULD be investigated by our Saviours (ACCC) but WON'T.

It's like asking Pol Pot to set up a committee into genocide. Another deliberate political attempt to throw Australia into the 1920's.

Optus has disabled the deposit-taking function on its 3G iPhone website ahead of the device's launch next month.

Optus removed the function after launching its 3G iPhone website last week, which featured a registration page allowing users to place a deposit with the carrier to enter a priority customer queue for the device on its 11 July Australian release.

An Optus spokesperson told ZDNet.com.au: "Due to an overwhelming response, we have currently removed the deposit-taking mechanism [from the website]."

It remains unclear whether the telco intends to resume taking deposits through its 3G iPhone page, or if it will simply continue to take registration details from interested parties, as rival Vodafone has been doing since it announced its own 3G iPhone launch.

"One way of stimulating a need is to deny it — that's been known for years," said Guy Cranswick, marketing and media platforms analyst at research group IBRS. "You've got to acknowledge that the marketing around Apple's products has been doing that for a while."

"I think with this sort of product it's very key to have people talking about it, to even have some degree of exclusivity ... it's important to keep in mind that bragging rights will be well and truly over after the first six months," he said.

However, Cranswick does not believe that the removal of the deposit-taking mechanism was an orchestrated attempt by Optus or Apple to generate publicity, but could be a case of a problem occurring at the right time.

Mark Novosel, telecommunications market analyst for IDC believes that Optus may have run out of its pre-release 3G iPhone allocation.

"It wouldn't surprise me: I thought the initial demand would be very strong ... perhaps the carriers aren't getting as much as they want from that first shipment either," he said.

Despite this, Novosel believes that this initial interest could be tempered strongly by the carriers opening price.

"If its [3G iPhone] released at that price it could seriously impact on who's buying it," he said.

One comment basically says it all. Busted ! for not having a secure site. Let see the excuses now by the Telco.

Well - congrats to Optus for pulling in all those customers credit card details *without* using a secure SSL page. They went to all the trouble of putting a graphic with a lock stating that all CC details were encrypted but only used the standard http:// unencrypted protocol to transmit the data. Way to go Optus.... way to go.

The Commonwealth House of Representatives Standing Committee on Communications announced the launch of the inquiry today into whether international mobile roaming charges are fair.

"For individuals and small businesses, international roaming charges are the subject of growing complaints where prices are so high as to discourage the use of mobile phones by people roaming in the APEC region," said Conroy in an address given at a recent APEC communications minister's conference in Thailand.

According to a statement, the inquiry will determine whether retail international roaming charges reflect the underlying cost of the service, whether the information available on costs is adequate and whether new technologies may reduce charges.

"This has been a really big issue in Europe for the last few years," said Robin Simpson, research director at analyst group, Gartner. "So I'm assuming that Senator Conroy's following up on that.

"It's certainly a big issue for business people, particularly when it comes to the cost of mobile data, which gets very, very expensive when charged over mobile roaming rates," he said.

Simpson believes that mobile roaming charges generate "a great deal of revenue" for the telcos involved, and identified operators in China as being most conscious of this, followed by Australia's Optus and its parent company Singtel.

"The fundamental problem is that most organisations don't understand the calling patterns of their employees … so they're really setting themselves up for a billing shock," he said.

Dick Smith says he'll 'do a Kerry' on tax

DICK Smith, who every year gives $1 million to charity and pays more than $1 million in tax, has threatened to "do a Kerry Packer" and become a massive tax minimiser.

The famed philanthropist, aerial adventurer and face of a thousand Dick Smith brands has told the Australian Tax Office he is considering becoming the "greatest legal tax minimiser in the history of Australia".

An angry Mr Smith has protested directly in a letter to tax commissioner Michael D'Ascenzo about a billion-dollar bureaucratic bungle, after receiving advice from the tax office that he would be subjected to closer scrutiny, The Australian reports.

Mr D'Ascenzo sent a letter and brochure to Mr Smith, as someone who "effectively controls $30 million or more in net wealth", about the ATO building "an open and co-operative working relationship" with him and his tax advisers.

The letter said that "given your position of influence in the community, it is important that you don't take unacceptable risks when it comes to tax". It also warned that, as part of a long-term crackdown on wealthy Australians, "our scrutiny of your tax affairs and the assistance we can provide may greatly increase".

The commissioner's letter, headed "Wealthy and wise - A tax guide for Australia's wealthiest people", and the brochure called "Wealthy Australians and tax compliance", prompted the threat from Mr Smith to change his attitude to paying tax.

"In the past, I have been proud to pay a lot of tax - even if more than that required by law - because I have received great satisfaction from knowing that I'm paying for some of the great things we have in Australia," Mr Smith said in a letter to Mr D'Ascenzo. "That view has now changed."

Mr Smith cited the words in 1991 of the late Packer, once Australia's richest man, that "if anybody in this country doesn't minimise their tax, they want their heads read".

Comments on this story posted (allowed to be published) say it all :

GO Dick Smith. While I believe in paying taxes, this sort of condensending little "ATO project" dreamed up by some mediocre bureaucrat is just a way of punishing people who've been successful, smart and become wealthy. When they finish taking their foot out of their mouths - they'll realise that the ATO has very little right to share in the rewards of people who have become successful by taking all the risk. Unless the ATO or the banks of the nation are willing to share in the downside of business, then anyone experiencing the upside has the right to minimise tax legally and tell the ATO to mind their own business.

Posted by AuCorp at 2:13 PM No comments: