The lies of the mainstream media; installing apps without Google a “complicated installation process” 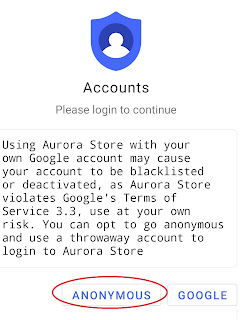 In this modern day and age of Information Technology, where the masses have access to instantaneous information from around the world through the use of their smartphones, authorities and corporations have resorted to new ways of obtaining user's data, compared to the old ways of email from personal computers.

Today smartphones are the number one (self sponsored) surveillance device that governments and corporations use against people or rather users who have those devices, where Google (and Apple) plays a huge role in this.

The smartphone is a huge data leaking device, where coupled now to a brilliant invention called the smartwatch gives those watching new insight into the target, where insurance corporations, banks etc will use this data against the user.

Your smartwatch's data 'suggests' you could suffer from heart disease, insurance cover denied!

Another aspect that is (deliberately) not talked about is something called privacy, as opposed to cybersecurity which are two different topics.

Governments and corporations despise privacy on the internet, so much so that you are considered a ‘terrorist’ when using privacy enhancing products such as VPNs, traffic anonymisers like TOR and Orbot, and now an anonymous Google Play store like app called the Aurora store.

With regards to the actions of those in government’s worldwide there’s always a ‘war’ going on, because humans cannot live in peace, and the war that they do not want you to know about is the war on your (internet) privacy.

As an example the relevant corporations do not want you to view their products or use their services via a personal computer or even a smartphone using a web browser let alone a traffic anonymising web browser like TOR browser, so they lie that you must use an app, like we’ve exposed the Rupert Murdoch ‘news’ empire (news.com.au) conning Australians, and internet user as a matter of fact.

Now Rupert Murdoch is at it again, conning Australians (other internet users) that without Google (Play store) you have to result to a ‘complicated process’ to download apps.

Sure Google’s Play store comes preinstalled on OEM phone manufacturer’s (except Huawei, for now) smartphones, but installing another app store is far from complicated.

You can also install F-droid (https://f-droid.org/), a free open source app store, where the apps do NOT contain any trackers or other spyware, as the source code can be reviewed, something corporations do not want you to do, under the false excuse being 'proprietary' software.

The app store in the spotlight as mentioned is the Aurora store, and it is taboo and despised in the Google world.

Because it anonymises you, and you can still obtain all the ‘free’ apps from the Google Play store, meaning you do not have to login to Google to obtain the apps from it.

Google does not know the identity of the person downloading apps from it, which is something that goes against everything that Google stands for and its business model, where download and using the app is far from 'illegal'.

So, let’s see how ‘complicated’ the process really is.

You open the internet browser and type in the address shown in the screen capture below. 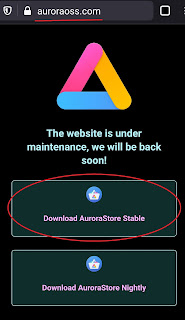 Please note that at this point in time the Aurora store may be in maintenance mode, but you still can download the app.

Once you’ve selected that version, then you tap it and download it. 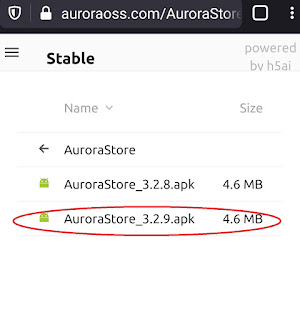 You then use a file explorer or find the app with the search feature and selecting the app will result in the installation process kicking in. 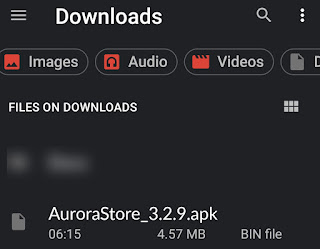 After passing a couple of screens of information, the most important part greets the user, that being the choice of being anonymous or exposing yourself to Google. 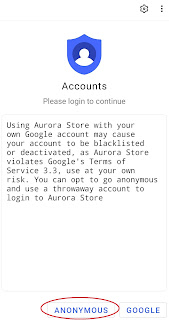 Either way one has access to all the ‘free’ apps as seen in the screenshot below: 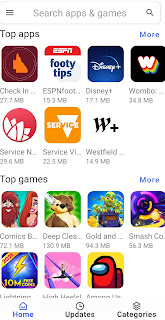 Now, if you can install the Facebook app and use it’s features (which is something you should not do, if you actually value your privacy), then installing the Aurora store isn’t factually ‘complicated’ and if it truly is, maybe it’s time to put down your smartphone and purchase a ‘dumb’ phone. 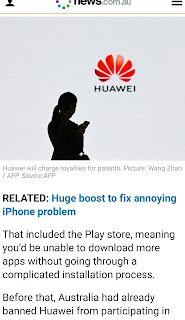 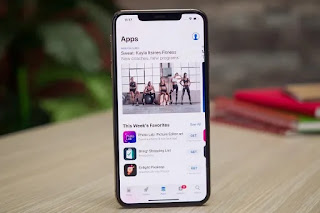 Starting last December, Apple added privacy labels to the listings of apps in the AppStore. The labels reveal the information that each app has access to from iOS users. Existing apps had to include this information the first time that they were updated after December 7th and some companies, like Google, held off updating its existing apps for as long as possible in order to prevent showing the Privacy Labels on their apps' listing.

Now that the data is out, would you like to know which apps collect and share the most data? This sounds like an arduous task that would require hours of work and require that someone go through every app in the App Store. Luckily, cloud storage firm pCloud was able to handle this grueling work. And some of the numbers it came up with are incredible. For example, 80% of apps use your data to market their own products to you in their own app and on other platforms. There are also in-app promotions for a company's own benefit or for the benefit of third-party apps that pay for this service. 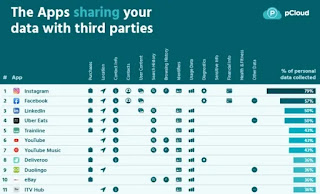 Each app collects data from 14 possible categories including: Purchases; Location; Contact Info; Contacts; User Content; Search History; Browser History; Identifiers; Usage Data; Diagnostics; Sensitive Info; Financial Info; Health & Data, and Other Data. To determine which apps collect the most personal data, pCloud says that it analyzed "how many of the possible 14 data categories each collects under Apple’s 'Developer’s Advertising or Marketing' section"; pCloud's analysis revealed that Instagram and Facebook both are tied at the top as the worst offenders in collecting your data for their benefit. Both apps, which are owned by Facebook, use 86% of your own data to sell their products to you while also showing you relevant ads for other companies. Klarna and Grubhub were next, both collecting 64% of your data. Those apps were followed by Uber and Uber Eats (57%) and six apps that take half of your personal data (eBay, Just Eat, LinkedIn, Twitter, YouTube, and YouTube Music). The personal data these apps use include birthdates to offer discounts, and the times that you use the apps every day. If a company knows that you usually open their app on a certain time during a certain day, they will know when to push out a coupon your way. 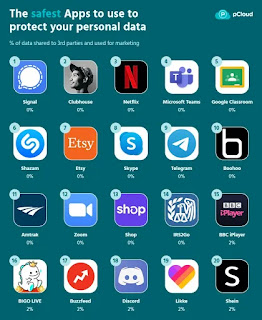 pCloud notes in its report that "YouTube isn’t the worst when it comes to selling your information on. That award goes to Instagram, which shares a staggering 79% of your data with other companies. Including everything from purchasing information, personal data, and browsing history. No wonder there’s so much promoted content on your feed. With over 1 billion monthly active users it’s worrying that Instagram is a hub for sharing such a high amount of its unknowing users’ data. In second place is Facebook, which gives 57% of your data away, while LinkedIn and Uber Eats both sell off 50%. In fact, when it comes to food apps, Just Eat, Grubhub and My McDonald’s are the only three in our study that give nothing away at all, instead using your data for location tracking and their own marketing needs."

According to the study, pCloud named 20 apps as the safest to use. 14 of them share none of your data with third parties. Those apps include Signal, Clubhouse, Netflix, Microsoft Teams, Google Classroom, Shazam, Etsy, Skype, Telegram, Boohoo, Amtrak, Zoom, Shop, and IRS2Go. The remaining six apps (BBC iPlayer, BIGO Live, Buzzfeed, Discord, Likke and Shein each share 2% of your personal data with third parties.
The report states that 52% of App Store apps will share your data with third parties. As pCloud says, "Apps collect your data for a lot of reasons. One of the initial reasons for this is to make your experience better, tracking how you interact with them to fix bugs and improve how they work. However, they also use your information to target you with ads across any platform."
Source:phonearena.com
Posted by AuCorp at 6:04 PM No comments: 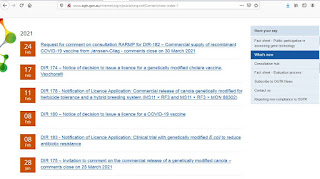 DIR-180 Notice of decision to issue a licence for COVID-19 Vaccine:

Posted by AuCorp at 8:48 PM No comments: