Sheriff of Victoria Brendan Facey on the run? 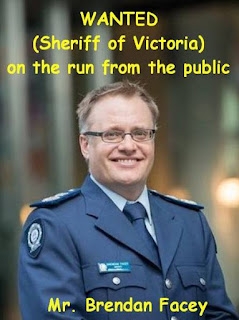 Since his appointment Mr. Brendan Facey as Director of IMES and the Sheriff of Victoria has been unlawfully effecting the lives of many Victorian motorists.

Over the past few years some people have taken him to task with his so called warrants, with regards to fines emanating from an 'Infringements Court', where they do not exist.

As a result a hidden video was taken at a place of business called CCV (Civic Compliance Victoria) at 277 William St, Melbourne 3000 and published on a video sharing platform.

Sheriff's warrants do not exist - verified on video:

We are aware that legal action over the last couple of years was in full swing against Mr. Facey with the view to criminal charges.

Currently the office of the Sheriff of Victoria is empty, without its 'sheriff', where the application closes on the 28th of May 2018. 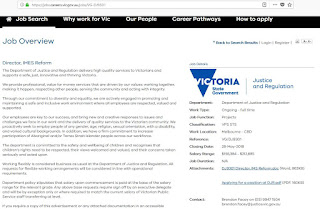 Please note that the next successful person as the alleged Sheriff of Victoria may also have criminal allegations brought forward in court.

People and especially policing personnel should know that within their state's various crimes Acts, tampering with evidence is a criminal offence.

The mainstream media only reports a minute fraction of criminal offences carried out by policy enforcers.

We have also obtained documentation that shows a Victoria Police officer has shredded evidence submitted for a court matter.

This is unacceptable criminal behaviour from the personnel of Victoria Police, no doubt below 'community expectations'.

Two policemen deleted video footage from a teenage boy's mobile phone showing one of the officers assaulting the boy's friend, a trial has heard.

A County Court jury was on Thursday shown footage that Stuart Laird, then 17, recorded of policeman Simon Mareangareu throwing a punch at his friend Kyan Foster. The incident took place about 2am on Christmas Day 2014 at a Vermont intersection.

At the start of the video, Mr Mareangareu tells Mr Foster, aged 16 at the time, not to be smart. As the teenager spells his name, the policeman asks: "One name? Is that one name?"

Moments later, someone says "smartarse" and Mr Mareangareu throws a punch at the boy.
Prosecutors told the court the punch left the teen with a badly bloodied nose.

Later in the footage another policeman, Dennis Gundrill, tells Mr Laird: "Get rid of that video right now." Mr Laird stops the recording but starts a new recording soon after.

The court heard that Mr Laird's father later paid a "significant sum of money" to experts in retrieving lost data and the videos were recovered.

In the second recording one teenager calls out: "You can't twist my arm. Ow! Get off my arm please."
On this video, one of the policemen says they want to speak to the teenagers about burglaries.

Prosecutors allege Mr Mareangareu unlawfully assaulted Mr Foster and that after the boys were arrested, both officers deleted the recordings from Mr Laird's phone and lied in police statements.

Mr Mareangareu has pleaded not guilty to intentionally causing injury, false imprisonment, two charges of attempting to pervert the course of justice, and three of perjury.

Mr Gundrill has pleaded not guilty to false imprisonment, perjury and two charges of attempting to pervert the course of justice.

Outlining his case on Thursday, prosecutor Bruce Walmsley, QC, said the teenagers were on their way home from a friend's house, where they had used marijuana and Mr Foster drank two beers. They told the policemen they hadn't done anything wrong.

After the scuffle, the boys were arrested and separately taken to a police station and charged with assaulting police, resisting police and possessing marijuana, which had been found in a backpack.

Mr Walmsley said as Mr Laird left the police station he discovered the recordings on his phone had been deleted. "He will tell you he didn't delete them," the prosecutor told the jury.

Prosecutors allege the policemen didn't tell their supervising officer about the videos or that they allegedly deleted them.

Mr Walmsley said Mr Mareangareu and Mr Gundrill adopted an attitude of "let's get rid of the video, let's get it to court and then we will all be free".

Mr Mareangareu compiled a brief of evidence against the boys, the court heard, and in May 2015 encouraged Mr Foster's mother to get her son to go to court and do a deal with a prosecutor.

The trial will continue on Friday when the accused men's lawyers address the jury.

Posted by AuCorp at 1:40 PM No comments: 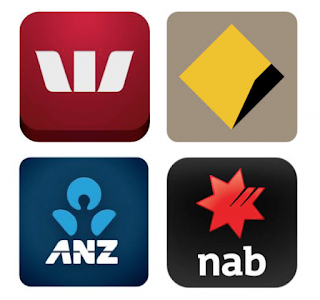 Banks have been ripping off Australians since Westpac, you know "Australia's first bank", where the authorities have done very little to curb this fraud, but rather support it (as you do when you've set up a penal colony).

It is little doubt that the current Royal commission into banks will hide more than it will reveal.

We have obtained documentation with regards to specific customer's (victims) cases which involve fraudulent dealings by Australian banks and their derivatives.

These documents will be posted on this blog.

The list of businesses that have committed fraud against their customers within those documents are as follows:


Bank fraud exposed - Commonwealth Bank of Australia
Posted by AuCorp at 12:28 AM No comments:

Internet scams are a plenty, where many dodgy businesses try to hide the way they extort (or defraud) the consumer of cash.

In this example we take a look at a company called Fruugo Australia, where the word Australia would allude to purchasing something from an Australian business.

The item being a memory card, shows us that Fruugo Australia put a price on it at $46.95.

What the poor sighted consumer may miss is that the shipping cost is a whopping NINETY DOLLARS and twenty cents.

Upon further investigation, the so called product is in Austria. 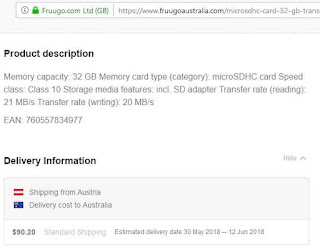 According to the manufacturer the 'appearance' of the card is as follows:

$90 to post an item that is similar size to someone's fingernail that can literally posted in a standard envelope.

We do not recommend purchasing anything from 'Fruugo Australia'.

The lies of the British empire; A 'fairy tale' wedding

How can you trust the British 'authorities' when they are crowned the centre of global corruption?

How can you trust the British 'authorities' when they have been lying to the plebs about the integration into the European Union?

So did they tell you the truth with such a simple event as a wedding? 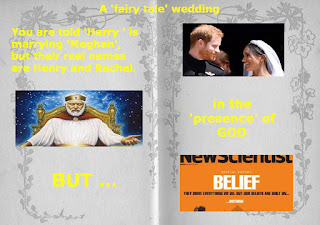