The UK government is soliciting feedback from a handful of internet providers, but isn't consulting the tech industry or the public. 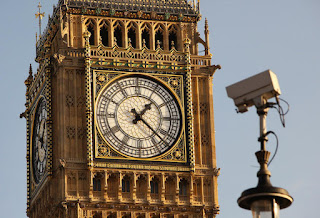 The UK government is planning to push greater surveillance powers that would force internet providers to monitor communications in near-realtime and install backdoor equipment to break encryption, according to a leaked document.

A draft of the proposed new surveillance powers, leaked on Thursday, is part of a "targeted consultation" into the Investigatory Powers Act, brought into law last year, which critics called the "most extreme surveillance law ever passed in a democracy".

Provisions in proposals show that the government is asking for powers to compel internet providers to turn over the realtime communications of a person "in an intelligible form," including encrypted content, within one working day.

To that end, internet providers will be forced to introduce a backdoor point on their networks to allow intelligence agencies to read anyone's communications.

This "backdoor" capability was heavily criticized last year when it was floated as part of the draft law's proposal. Apple chief executive Tim Cook last year warned of "dire consequences" if the legislation required internet providers or companies to put backdoors into their systems. The provision would effectively prohibit companies operating in the UK from introducing end-to-end encryption, a feature now commonplace in many messaging apps, including Facebook Messenger, WhatsApp, and Apple's own messaging platform iMessage.

But it's not clear exactly how the provision would be enforced -- or if it would only affect companies operating or based in the UK.

Similar questions arose when a committee of UK lawmakers criticized the original Investigatory Powers Act prior to it becoming law late last year.

Jim Killock, executive director of Open Rights Group, who obtained the document, said in an email that the proposals, if passed, would "make security products much easier to break into, and means that companies may be obliged to lie to their customers about the privacy and security that is applied to their communications."

But the lack of transparency over the proposals has already drawn ire.

"The government doesn't think it has any legal or moral obligation to consult anyone outside of industry partners and the security services," said Killock.

So far, the draft document has only been circulated among the UK government's technical advisory board, consisting of six telecoms giants, including O2, BT, BSkyB, and Vodafone, as well as government agencies who would use the powers, thought to include at least MI5 and GCHQ.

But the document was not made readily available on the government's website, or to partners in the tech industry, who would be directly affected by the provisions if passed into law.

The consultation is open for the next three weeks until May 19, said Killock, during which anyone can file a response with the Home Office.

A spokesperson for the Home Office did not respond to a request for comment at the time of writing.

The draft of the proposed new surveillance powers is as follows;

Posted by AuCorp at 8:09 PM No comments:

A new government of Western Australia from the 18th of October 2017?

Sometimes it can be hard to keep up with what's going on within government.

You know there's these things called Bills and Acts that sneak past the plebs.

In the corporate world it's also hard yakka, as amalgamations, 'hostile' takeovers, and other business deals are a plenty.

So, what's been happening in Australia's largest state, the state of Western Australia?

What happened on their morning of the eighteenth day of October in the year of our lord two thousand and seventeen, while the rest of the country was still sleeping due to the time difference of the circular globe spinning around on its axis?

Well from what we are told, Clause 61 of an old Imperial law called the Magna Carta was used to oust the two lawful tiers of government.

Please Note:
We have a spare room for any Western Australia politician who has no where to sleep as a result of this action. 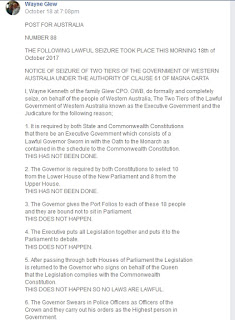 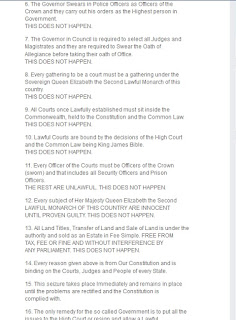 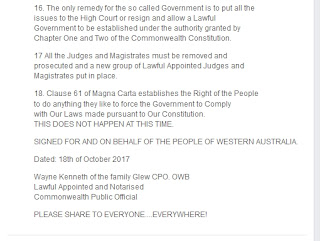 The text for the above screen captures reads as follows:

Apparently the post was NOT posted by the real Wayne Glew.
Posted by AuCorp at 10:38 AM No comments:

Could be it be that Coles is suffering from the 2047 bug?

Or maybe the "Millennials" (you know the ones who FAIL in simple mathematics) programed their computers. 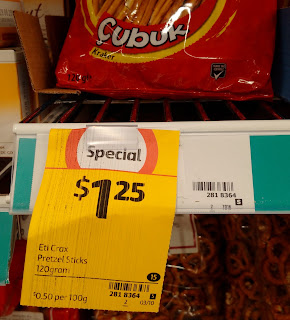 In the above illustration, Coles Supermarkets Australia Pty Ltd, trading as Coles (ASX:CGJ) states that 120 grams of a brand of pretzel sticks is worth  one Aussie dollar and twenty five cents.

Coles (ASX: CGJ) also state that this is worth half an Australian dollar per 100 grams.

Simple Hindi-Arabic mathematics will tell you that 100 grams of these pretzels are worth one Australian Dollar and four cents, which is rounded up  to five cents, because the fractions of a dollar in the penal colony are worth less now than they were before, but that's another post or seventeen.

If this action was to occur in the 'the land of the free' (the Ewe Ess of Aye) maybe a homo-sexually married pair (Aussie term: poofs or lezzos) could get 21.6969 million USDM (United Snakes Drug Money- from the poppy seeds of Afghanistan) for their 'feelings' being hurt... 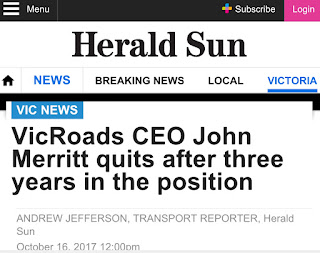 So, the mainstream media reported that John Merritt, CEO of VicRoads has quit.
Who in their right mind would quit a 'money for mates' job, right ??? !!! ???
We have seen documentation alleging criminal actions by the CEO Mr. John Merritt, which also includes privacy breaches, and claims of a lawsuit against him and the business he works at.
VicRoads has (and still is) committed actions against motorists which carry a criminal conviction and financial penalty, but it's up to you the 'victim' to call the crime AND support it according to the given laws.
We 'invite' John Merritt to comment here with regards to his 'quitting' of such a cushy job.

Let's see how long Victoria's (alleged) sheriff Brendan Facey will be around for, as we've heard that things are heating up against him
Posted by AuCorp at 4:01 PM No comments:


Remember the "good ol' days" on this penal colony of the United Kingdom of Great Britain and Ireland?

You know in the 1780's when the British authorities dumped criminals onto the Indigenous peoples of Australia under firearms and force?
(Such 'honourable' people in the Monarchy in doing a treaty with the Indigenous Australians)

Well it seems that the policies of the late 1700's are upon us again, where this time the so called 'justice' system lets out criminals / killers onto the general population. 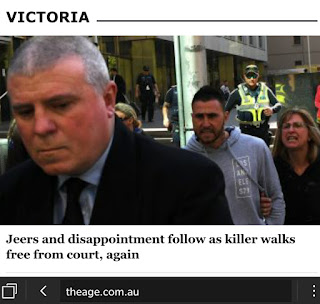 Some people may erroneously state that the system is 'broken' whereas in reality
it is functioning exactly the way the people in government intend it to.

The action of letting killers out into the general community is literally a 'terrorist' action by those who let the criminals out, as the 'criminals' are then allowed to terrorise the good people of Australia.

How are those actions for "peace order and good government*"

*- whatever that really means.

What we really think of Coca-Cola

Apparently the global junk drink giant Coca-Cola Amatil has an opinion about the herd population consumers.

Wow, who would have thought.

The best part about it is the we too have an 'opinion' about Coca-Cola.

- Coca Cola should be inducted into the 'junk food' category of consumable products,

- Coca Cola's products products are detrimental to the environment and to a person's well being,