So, here is a 'social experiment' carried out by Mark Dice where he is offering the herd population / everyday people / citizens / cannon fodder / members of the 'public', a choice of ;

The experiment conducted by Mark Dice was done approximately 2 years ago where currently there is 1.6M views.

See where they fit in according to Maslow's Hierarchy of Needs: 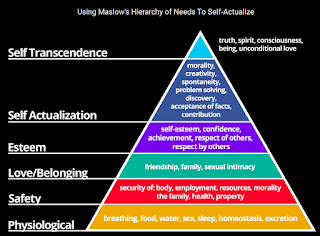 Posted by AuCorp at 1:15 PM No comments: 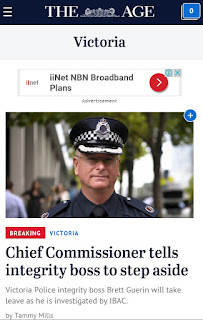 Corruption, misconduct and criminal activity is rife within Victoria Police, where it can come in many forms, such as, but not limited to; entrapment, falsifying evidence, theft, drug dealing, fraud, false statements in court, destruction of court documents.

This is a problem not necessarily for Victoria Police but rather for the general community, as a majority of the criminal actions are carried out against the general population.

In many instances the judiciary turns a blind eye to the corruption within Victoria Police.

Now, now, there is not need to quote Austlii case law regarding the few matters that are on the public record with regards to action against Victoria Police, as there are many times more non reported matters than reported ones, due to threats of violence, harassment on the roads, among other tactics used by members of police.

Generally, what makes it out into the public arena is a carefully sanitised version of what the police want you to know about,  in this case comments made by Assistant Commissioner Brett Guerin in a fake online profile.

The burgeoning question could be what else has Brett Guerin done or not done what the brotherhood asked of him, that may not make it out into the 'public' arena.

In any investigation, Victoria Police are under no lawful obligation to tell you (the "private citizen*") the truth, where even if directed to do so in a "court of law" evidence, statements in most cases are falsified by police to various degrees depending on what's at stake.

* - as stated by Brett Guerin

Posted by AuCorp at 4:29 PM No comments:

New law so banks can steal your savings? 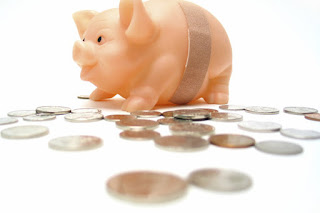 In Australia a new law has been put in place, a 'bail-in' law supportive of the banking businesses.

Some people may say that it has been 'snuck' through, while the peasants were distracted.

Some even say that this law will allow the banks to take 'your' cash, in plain and simple terms steal it.

Should you be interested in this topic, your own research and correct comprehension of the law is of paramount importance to the matter.

On the 14th day of February, you know, Valentines Day, the Senate passed the Financial Sector Legislation Amendment (Crisis Resolution Powers and Other Measures) Bill 2017.

Should you chose not to write a my will letter to your local federal MP, on this matter the people in government acknowledge, that your silence is acquiescence, where you are content with the actions of the people who apparently re-present you.

How many people have the capacity to pick this law apart to see whether it is in circulation lawfully?