Daniel Andrews told you about the lawsuit and unlawful lock down? 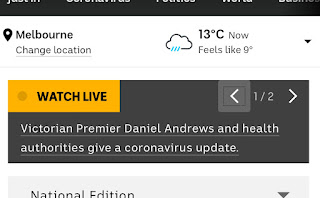 People in government tell you everything, right?

Nothing can be misconstrued and no words are misunderstood?

ANY statistic/figure is not ambiguous and easily verifiable?

Well, maybe the above may apply in a 'real' country, but not so in this colony we call Australia.

EVERY so called press conference he made was full of crap!

Posted by AuCorp at 5:15 PM No comments:

State of Emergency & curfew acted out illegally by Daniel Andrews?

During this fiasco people have been made aware that people in government lie.

They lie to protect their cronies.

They lie to protect the business interests of their family members that rort taxpayer funds.

They lie with regards to the so called COVID-19 death rate.

Once the lies start to fall apart the consequences are seen.

The newly appointed chief commissioner of Victoria Shane Patton (that's another 'joke' for another post) bails on Andrew as well.

So, if the law applies to ‘every person’ including the enactment of various stages of emergency/lockdown/curfew, why isn’t that adhered to?

Is the premier immune from the law?

Is he immune from the consequences of not following the law?

As usual they bail, never to be held accountable for their actions, ‘disappearing’ to other portfolios never to be hounded by the mainstream media, like the serfs are if they do something ‘wrong’ (whatever that may be at law in this prison isle). 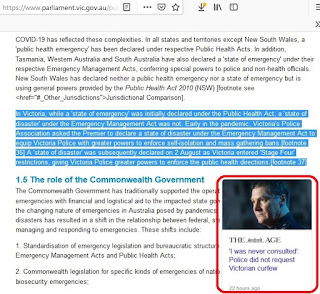 Was the letter of the law followed by Andrews?

So, how’s that flu vaccine working for you?

Well, whatever the deal, did the mainstream media mention it to you that on average 8.5 people per day died in 2018?

Did they say that Flu Lives Matter too?

Backtracking, it seems very trivial or as if no one cared that despite a ‘flu shot’ existing, people still died.

Why all the kerfuffle about the Coronavirus?

Isn’t the flu contagious too?

Aaahhh, but Coronavirus is deadly!

So is the flu?

Did the government restrict the people’s movements in 2018 because there were 8.5 deaths per day?

Victorians are STILL in curfew at 7 deaths, but who knows that for sure, as the figures have been falsified by the government.

One thing that the people have been made aware of during this fiasco, is that the governments (federal, territory, state) have been lying to you, so we are taking the above figure derived from the ABS at face value.

Remember, TRUST your government and FEAR the police (as they tell you to do).

STILL not convinced that in Australia you live in a POLICE STATE?

Posted by AuCorp at 3:53 PM No comments:

Victoria the ‘police state’ COVID curfew about policing and not health 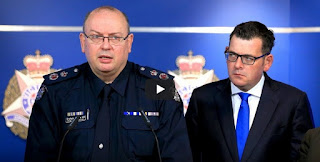 A whole lot of ‘revelations’ have come out of the woodwork of late with regards to the handling of the response to the virus situation.

Doctors have come out exposing the lies in relation to the COVID response by the authorities.

Doctors have come out with regards to the falsely classified deaths in relation to the disease.

Now, the Chief Medical Officer Brett Sutton has distanced himself from the Andrews government in saying that the curfew was not his idea that being not in force under any medical advice.

To make it even worse, The Victorian premier Daniel Michael Andrews states that the curfew is for Victoria Police and not for any health reasons.

What more do the people need to be shown that they have been duped?

The video they do not want you to see:

Melbourne doctor, Dr. Eamonn Matheison exposes government lies on the mainstream media Channel 9 Melbourne Victoria where they cut him off:

The above video was aired today, Tuesday the 8th of September 2020.
Source: supplied
Posted by AuCorp at 5:12 PM 1 comment: 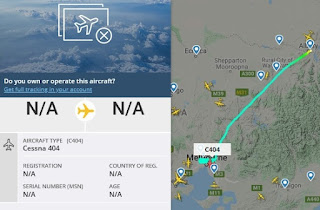 (Just a quick squirt from Albury to Melb, to do a grid, be back home for supper, honey)

Information goes missing, hansards are falsely transcribed, retroactive law put in place, or even court cases that expose criminal actions of those in government are sealed not to be released under whatever false pretences seen fit.

In this day and age of the internet connected serfs, the government must act swiftly.

A little while ago, in Egypt, the plebs were going to organise a rally against government oppression, so the government just ‘flycked the swytch’ (in a New Zealand accent with referent to their power 'black out' years ago) on those pesky plebs.

With the instalment of social media, in Australia the ‘authorities’ now have lost the ability to control narrative, where ‘Penal Colony Policies’ and Nanny State agenda comes out in full force against the masses.

So called ‘Free Speech’ or democracy has been thrown under a bus, where now the (private) police force breaks down your door under the authority of an instrument that is purported to be a warrant for posting something (an opinion/police brutality) on social media.

The so called warrants are not lawful, as shown in the AFP raids on the journalists.

During these virus times or to be more specific, under stage 4 lock down in Victoria or is it Dictatoria, flight data has been more ‘anonymous’ and more ‘inaccurate’ than o̶u̶t̶s̶i̶d̶e̶ ̶o̶f̶ ̶M̶a̶r̶t̶i̶a̶l̶ ̶l̶a̶w̶ in 'normal' times.

Here are a few screen captures: 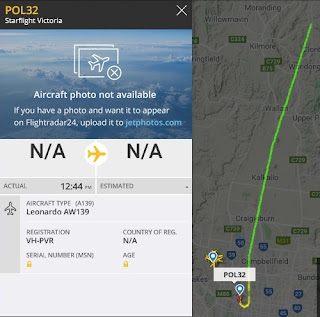 The above flight screen capture was taken on 3/09/2020 @23:00, where the flight allegedly started its journey from Wallis Rd,  Sunday Creek and finished its journey at Essendon Airport police hangar. 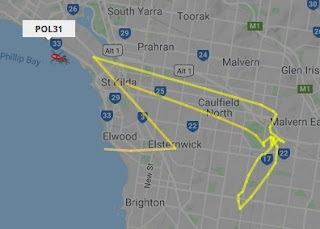 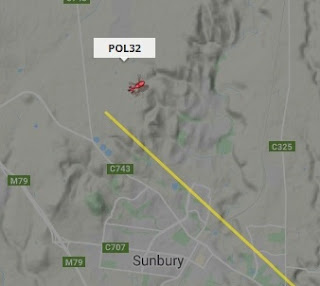 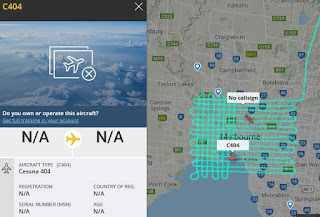 An AgustaWestland AW139 is a quick helicopter and not a flying fossil as depicted here: 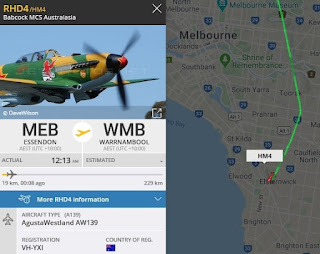 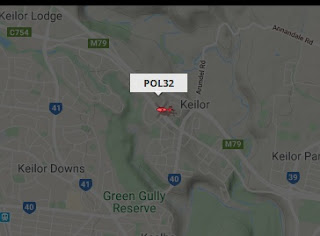 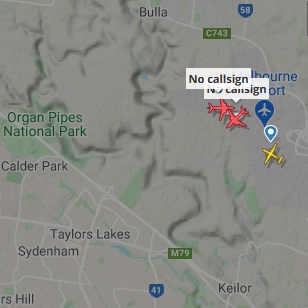 The commonly used government propaganda term "Nothing to hide, nothing to fear' applies to the serfs, but not to those in government, as they have 'everything' to hide.

Posted by AuCorp at 6:41 PM No comments:

Victoria Police screwed up on the Flemington towers lockdown 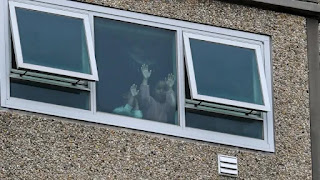 The cat’s out of the bag now, and it just depends on how long it will take for the general population to see the repercussions.

An article that appeared in the Fairfax publication last week mentioned how in New South Wales there was a similar situation, but the response was handled a lot better.

Conversely in Victoria or is it Dictatoria the authorities have bungled the response with regards to the housing commission residents.

People should know that many of the residents in the public housing towers were present at the BLM (Black Lives Matter) protests, but what the general population does not know is that a fair few people live in those towers who have sued Victoria Police.

So, the Fairfax paper mentioned in an article which cannot be found now, in a small sentence that Victoria Police refused to supervise the lockdown.

So the question is now whether or no this will be mentioned in a ‘court of public record’, something that is in the ‘interest of the public’, that being a systemic failure of government.

This is just one problem facing Victoria Police in the near future.

Fortunately for Victoria Police and the state government, for now,  the general population is totally unaware of the multitude of systemic failures committed against them to their detriment, where making people aware of this through a class action seeking a remedy is the only alternative.