Doubt on independence of bug watchdog 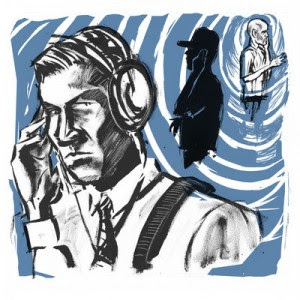 PHONE tapping watchdogs who will sit in on secret court hearings will get their instructions from politicians, it has been revealed.

The admission by Andrew McIntosh, minister in charge of setting up the new Independent Broad-based Anti-Corruption Commission (to replace the OPI), has cast doubt on the independence of the so-called “Public Interest Monitor”.

It would mean that potentially, the minister would have knowledge of covert investigations into his political colleagues.

Asked who would brief the Public Interest Monitor, Mr McIntosh said: “Ít will probably be no doubt the minister responsible for the establishment of an anti-corruption commission.

“Or it may be the department. But the reality is, it will be the Government that will do the briefing on this person to appear on behalf of the public interest.”

At that point, the press conference was shut down and Mr McIntosh refused to answer further questions.

Repeated warnings that it is too easy to bug, track and spy on Victorians have apparently been heeded by the Baillieu Government.

The fact every phone tapping application made by Victoria Police and the Office of Police Integrity in the past three years was approved helped persuade the Government a crackdown was needed.

All 1271 applications were granted and only two of a further 423 applications for other surveillance devices have been knocked back since 2007-08.

Concerns held since being in opposition that the OPI's extraordinary powers were not being adequately scrutinised also contributed to the Government's decision to make it tougher to tap telephones and secretly watch Victorians.

It will today introduce legislation to establish a Principal Public Interest Monitor, who will be supported by deputy monitors.

A monitor will be in court every time any agency seeks a covert search warrant or makes an application to bug a telephone or install surveillance equipment, such as tracking or listening devices or hidden cameras.

Monitors, who must be lawyers, will represent the interests of the agency's targets to ensure the use of such intrusive powers is justified.

Mr McIntosh said yesterday the monitor would test the content of the material being relied on by the agency applying for the bugging or other warrant.

"At the hearing, the Public Interest Monitor will be able to ask questions of the applicant and cross-examine witnesses," Mr McIntosh said yesterday.

"The monitor will make submissions to the court on the merits of the warrant application, and any terms and conditions that ought to be imposed.

"Increasing accountability of law enforcement agencies through independent oversight strengthens the fabric of our democratic society and the rule of law, which is why we are establishing the Public Interest Monitor."

Ombudsman George Brouwer this week highlighted a lack of oversight of surveillance powers.

Another fraud set up by the government which is akin to a fox being in charge of the chickens in a chicken coop.

Going to a government institution to lodge a complaint against the government has very little success rate amongst the complainants.

These 'institutions' must be set up in order to give the masses that illusion that they are their for the protection of the general populous.

These institutions are another data collection point for the government to put on file against the complainant.

Another scam set up by the government.

IT'S the tax she said we would never have and the public doesn't want, but Julia Gillard was so elated over her carbon scheme win even her bitter fight with Kevin Rudd was forgotten as they embraced for a kiss.

As Labor, Green and independent MPs celebrated the tax passing through Parliament's Lower House yesterday, the Herald Sun can reveal businesses have already been caught ripping consumers off with price gouges in its name.

The Prime Minister heralded the win as a historic moment in the fight against climate change.

But Opposition Leader Tony Abbott said the nation had been betrayed "with a kiss" - and gave a "pledge in blood" to repeal the carbon tax if he became PM.

Meanwhile, the consumer watchdog is gearing up for a carbon tax blitz to protect consumers.

Australian Competition and Consumer Commission chairman Rod Sims revealed some taxi drivers had already been caught trying to add a "carbon levy" to fares, while a few companies were being probed for price rises that were "just silly".

Mr Sims said the ACCC would launch a nationwide campaign and issue detailed guidelines showing what price rises would and would not be allowed.

"If anyone is putting up prices now, they're way ahead of the game," he told the Herald Sun.

"We've had a few potential cases of people saying things that are just silly, and reports of taxi drivers adding a 'carbon levy'.

If people are making claims that price rises have been caused by the carbon tax, they must be able to substantiate them."

The ACCC has been given $12.8 million to play the role of carbon cop and Mr Sims said it would make sure consumers were not ripped off by dodgy businesses wrongly blaming the carbon tax for price rises.

After 40 hours of debate and speeches by 125 of the 150 Lower House MPs, independents Rob Oakeshott, Andrew Wilkie and Tony Windsor and Green Adam Bandt voted with Labor to pass the 19 bills associated with the carbon tax.

It now needs final approval from the Senate next month, which has been guaranteed by the Greens, meaning it will begin on July 1 next year.

A jubilant Prime Minister Julia Gillard embraced and kissed many of her ministers after the legislation was passed by two votes.

"This is a significant day for the Australian nation, not only for Australians today but for the generations of children to come, who will live in a cleaner environment as a result of today's legislation," she said.

It will impose a tax starting at $23 a tonne on the 500 biggest polluters.

Electricity prices are tipped to rise by 10 per cent but overall living costs by just 0.7 per cent.

Households will receive tax cuts and welfare increases to compensate and the Government claims low-income families will be better off.

Ms Gillard said calls to delay the carbon tax would cost $5 billion and that Opposition Leader Tony Abbott would be "marooned by the tide of history".

Mr Abbott said the PM would be haunted by breaking her election promise not to have a carbon tax.

"This Prime Minister shouldn't just say sorry, she should resign," he said.

"We have witnessed the unseemly spectacle of government ministers celebrating a betrayal. They celebrated their betrayal with a kiss."

Mr Abbott stepped up his promise to repeal the tax, saying it was "a pledge in blood - this tax will go".

About 85 mostly middle-aged anti-carbon tax protesters were thrown out of Parliament for repeatedly interrupting Ms Gillard during question time by chanting "no mandate, democracy is dead".

Another Consumer Rip Off, supported by the government, but an overseeing (spineless) watchdog will see that goodness and fairness prevails.

Just like after the introduction of the GST, prices have skyrocketed, and the government pledged that it will see that the perpetrators will get caught.

Not so in reality.

Julia Gillard is a Prime Minister elected in a fraudulent manner, together with her false statements concerning the (non) introduction of Carbon Tax.

There will be no public inquiry or Royal Commission into the bribery of parliamentarians by Gillard for their votes.

Another example of how politicians elect each other and not the masses as it is lead to believed. 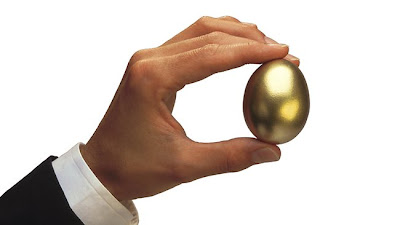 Since the start of the financial year, the average superannuation account has lost $6500 for every $100,000 in it, according to research company SuperRatings.

After another roller-coaster ride on the Australian share market, which has lost more than $60 billion this week, nervous super investors will be focused on the International Monetary Fund, which meets this weekend.

Jittery Australian investors rallied yesterday after heavy falls on Wall Street, with the All Ordinaries falling only 1.6 per cent to 3978 points - compared with falls of between 3.5 and 5 per cent in Europe and America.

And the Australian dollar recovered some ground to be trading at US98c - though it is still way down on its record high of $US1.10 on August 1.

But the market is demanding more action from political leaders and central banks to stop panic as concerns grow that the US is heading for a double-dip recession, China is weakening, and Greece may default next week.

Prime Minister Julia Gillard yesterday urged Australians not to be spooked by the turmoil.

She said Australia was the envy of the world, with a strong, resilient economy.

"The fundamentals of the Australian economy are strong - low unemployment, low public debt, a strong banking system, growth, employment prospects, record terms of trade, hundreds of billions of dollars in the investment pipeline," she said.

Ms Gillard is one of seven world leaders who signed a joint letter calling on European leaders to resolve their debt crisis.

At the end of August, SuperRatings reported a 3.1 per cent loss for "balanced" funds so far this financial year. Yesterday, however, the firm estimated the loss had climbed to almost 6.5 per cent for a balanced option fund.

"Basically, it's still just a case of staying the course and don't try and time the market. For anyone thinking about retiring soon, they should get financial advice before making any decisions," Mr McPhee said.

From a financial perspective, one of the worst performing places where people can put their money into is super funds.

The monies put in by the public go into benefiting the financial institutions and NOT the (mums and dads) investors.

Yest still the government forces the Australian public to put in a fixed amount from their slalary into super.

The excuse given is that so you will have 'something' when you retire.

The 'something' will be just enough for you to live on for 6 months whereas the institutions have made many time more profits.

Another scam supported by the government.