THE State Government has sought a briefing on possible legal ramifications for speeding fines after a policewoman beat one of Melbourne's most hated speed cameras.

Rosebud Senior Constable Faye Pitman used the evidence of a 16-year-old work experience student to raise enough doubt that she had been travelling at the clocked speed of 106 km/h along the notorious EastLink stretch.

The EastLink cameras have angered scores of drivers who claim they have been unfairly fined.

But until yesterday no one managed to have an infringement overturned.

Sen-Constable Pitman, a 20-year police officer, was in tears after the charge was dismissed.

The crucial evidence came from high school student Erin McKernan, who was in the police car at the time on work experience.

Ms McKernan, now 18, told the court she looked at the car's speedometer just before reaching the Dandenong bypass, where the camera was mounted.

She said the marked police car had been travelling at 95-96 km/h. Sen-Constable Pitman said she had been doing 98km/h.

Magistrate Gerard Bryant threw out the case, despite prosecutor Rob Taylor's argument that tests on the speed camera showed it was accurate and that evidence from Sen-Constable Pitman was "slight and unconvincing".

Police Association secretary Greg Davies said the decision to dismiss the fine could open avenues for other drivers.

Legal experts agreed the surprise victory could open the floodgates.

Prosecutors have not ruled out an appeal, but the Herald Sun believes it is unlikely.

Police Minister Peter Ryan was on the back foot last night.

"In light of today's ruling, I have sought a briefing from Victoria Police and the Department of Justice as to how this decision relates to the current legislative framework," he said.

Legal experts and police officers said the case would be a launching pad for others.

"This could open Pandora's Box for everyone else," one officer said.

Barrister and traffic law expert Michael Kuzilny said it would have significant ramifications.

"It's a really great thing. Previously, it has been impossible for people to prove that they weren't speeding," he said.

"It means there will be a floodgate opening of people challenging, and many, many more people and angry drivers questioning their fines."

Barrister Theo Alexander said the decision would likely "embolden many motorists who have been charged in similar circumstances to challenge their speeding fine".

A colleague said Sen-Constable Pitman was regarded as a careful driver who did not speed.

"She's like Driving Miss Daisy - that's why everyone's been on her side." 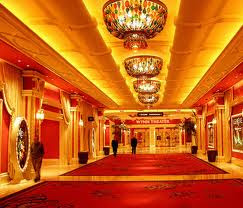 Many illegitimate deals happen on the seedy grounds of gambling venues across Australia. This is a well known fact to authorities and governments alike.

In Victoria the Premier of the day, Jeff Kennett helped set up a Melbourne casino, where many crime deals have occurred, and subsequently the authorities support this money laundering business.

Gambling venues have been involved in a money laundering fraud, which involves the faking of attendees for quite some time.

CCTV cameras record the traffic, and compulsory registration of patrons coming into the venue, either for a club lunch or drinks. The gambling venue uses this information to ‘cook the books ‘, that these patrons were gambling, and in effect launder the illicit drug money.

This practice is known to authorities, but is deliberately overlooked, as these premised are employment providers, and the business owners are cronies of the politicians, law makers and others highly placed in the business community.

The newly elected Victorian police head claims that in his sights, corruption and crime will be on the list. Many are aware that corrupt police are on the payroll of well established drug gangs. Since the drug industry in Australia is worth an approximate $1.2 billion per month, there is plenty of funds to supply corrupt persons.

A SMART meter health scare has driven residents from their homes amid fears they are being exposed to high levels of electromagnetic radiation.

A young family and another resident have fled the Keilor East street, claiming constant headaches and sleep deprivation is making their lives a misery, but authorities say the controversial devices are safe.

Marc and Maureen Florio, who have been staying with friends since Friday, said they and their four children had suffered side-effects since a neighbour's smart meter was installed three weeks ago.

Do you have a smart meter horror story to tell? Email publicdefender@heraldsun.com.au

"I do not know what we are going to do ... we are smart meter refugees."

Mr Florio said a doctor attributed constant headaches to the meter. He and his eldest son are also sensitive to other emissions.

"We are not after compensation," he said. "We just want it switched off."

Kathi Buzza, who had the meter installed, also wants the device gone.

He said while readings were within Australian standards some people appeared sensitive to weaker emissions and he recommend lower levels as per European guidelines.

Power company Jemena said tests of the meter and another across the road had shown no problems. Other residents had not expressed health concerns.

A spokesman for the Energy Minister said testing so far showed they had complied with standards and emitted weaker electromagnetic emissions than other sources such as baby monitors and mobile phones.

MAXIMUM READINGS AT THE FLORIO HOME


The installation of Smart meters is another government sponsored rort.

The public are being 'duped' into installing meters on their property, where there is no obligation under any law to comply as such.

This is purely a money for mates business proposition, that will not benefit the public in any way.
One excuse given is for it's 'green' properties, which is utterly a downright lie. 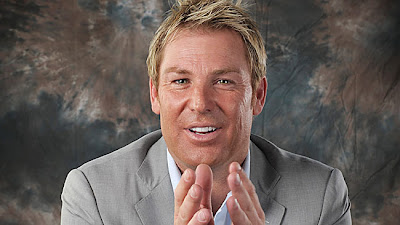 SHANE Warne has come under fire for promoting junk-food to impressionable children.

McDonald's use of cricket legend to push its chicken pieces and the Kellogg's 4D Choc Bar ad outraged The Parents' Jury, a group of 5000 parents and grandparents.

Mother-of-two and jury member Natalie Wischer slammed Warne's involvement with McDonald's and said there was no place for junk-food advertising in sport.

"I am disappointed Shane Warne, who is such a role model to kids like mine, has chosen to be associated with McDonald's," Ms Wischer said.

Kellogg's Nutri-Grain cereal, marketed as an energy-packed breakfast for boys training as ironmen, has been named the most shady advertising campaign by The Parents' Jury.

Jury manager Corrina Langelaan said the aim of the group was to fight back against the marketing techniques of the food industry.

"The industry may be getting smarter about getting around its self-regulatory code, but parents tell us they are fed up with unhealthy food advertisements being shown during their kids' favourite (TV) programs," Ms Langelaan said.

Kellogg's said in a statement it has made "significant changes to the way we work" in recent years.

"We now focus much of our efforts on promoting healthier cereals such as Sultana Bran, Mini Wheats, Just Right and All Bran," the statement said.

"Our advertising is aimed at parents so that they can make informed choices about the best foods for their family."

A surprise entry for the category 'Occupational H'S', as traditionally this is seen to bee a domain occupied by females.

Good ol' newly touched up, Warne prostitutes himself to anyone who throws the cash.

McDonald's is widely regarded as the Junk Food Kings who's products are detrimental to the consumers, being responsible for diabetes, obesity and cancer.

A FORMER Victoria Police detective has been under investigation for three years over a story published in the Herald Sun.

Mr Nash was assigned in 2003 to review a police taskforce investigation into Denis Tanner, a former police officer suspected of murdering his sister-in-law, Jennifer Tanner, and transsexual prostitute, Adele Bailey.

He found taskforce head Insp Paul Newman and Sen-Sgt Marty Allison should have been charged with attempting to pervert the course of justice, concluding they dishonestly strengthened their case against Denis Tanner in a number of listening-device and telephone-intercept affidavits. Neither was charged.

When part of his report concerning non-prosecution of the case was published in the Herald Sun in 2008, Mr Nash said he became the subject of an investigation, which remains unresolved.

He said he did not leak the information to the paper but the damage had been done.

Mr Nash said he had kept the victims, who were former police members, fully updated on the progress of the investigation.

He said this was done to ensure the alleged victims did not accuse the force of a whitewash of the matter.

"It was provided as feedback under the Victim's Charter," Mr Nash said.

The information was later published.

Mr Nash said he was disgusted at not having received his certificate of service because of the probe, which he said should have been sorted out either way by now.

A Victoria Police spokeswoman would not comment as it was a "personnel matter".

Another story of corrupt police, that the government not only hides, but also supports via the corrupt court system, with the lack of incarceration time.