Blue Mountains-based artist Adam Cullen, who won the 2000 Archibald prize with his portrait of actor David Wenham, has died at the age of 47.

Cullen died in his sleep and was found by a family member on Sunday, Fairfax Media said.
The artist, who lived on his own in Wentworth Falls, had been seriously ill for some time.
Suffering a bipolar disorder, he gained some notoriety with his painting of images that included dead cats, bloodied kangaroos, headless women and punk men.
His work can be seen in many galleries around Australia including the National Gallery of Australia, the National Gallery of Victoria, and the Art Gallery of New South Wales.
In 1998, the magazine Australian Art Collector included him in its list of the country's top most collectable artists.
He was one of the finalists in this year's Archibald prize with his portrait Nelson and Koko, featuring the canine star of the film Red Dog and its owner, the producer Nelson Woss.
In 2000, he won the Archibald for his painting of actor David Wenham, prompting the then NSW Art Gallery director Edmund Capon to say: "I do think a lot of the public will look at it and say `I think my kiddy-wink did that the other day'.
"But they would be missing its insight and maturity, knowing how and where to place the marks."
That portrait was his fourth Archibald entry, going one better than his runner-up effort the previous year - a painting of another actor, his cousin Max Cullen.
Last November, Cullen received a 10-month suspended jail sentence for drink-driving and weapons offences.
He had been convicted of driving with mid-range PCA in July 2011 in the NSW Southern Highlands.
Police also found weapons in his car, including a Taser, guns and rifles.
The sentence was suspended on condition he entered into a good behaviour bond and completed a treatment plan put forward by a doctor.
As well as being an entrant in this year's Archibald, Cullen was a subject.
He was shown holding a gun in Paul Ryan's Cullen - Been Feudin, possibly a reference to the subject's run-in with the law over the firearms found in his car in the drink-driving episode.
Cullen had gained early fame in his art-school days by dragging a rotting pig's head around chained to his ankle.
Controversy continued when he teamed up with infamous crime writer Mark "Chopper" Read to produce the children's book Hooky the Cripple: The Grim Tales of a Hunchback who Triumphs.
"I'd never done a kids' book before," Cullen told The Age newspaper in 2002. "But I thought my puerile, infantile style might suit it."


It's not the artwork portrayed in the illustration said to be Cullen's by the journalist, that is concerning, but rather of the legal system's support for criminals.

More criminals let out into society through government policy. 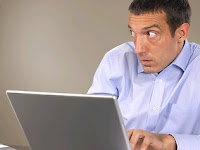 THE Government is using a triple bogeyman threat - terrorists, paedophiles, and organised criminals - to justify Big Brother-style cyberstalking and trying to be your Facebook friend, policy analyst Andrew Baker says.

Imagine Government spooks kicking your doors down and ferreting through your rubbish bins, collecting your passive aggressive status updates and threatening to lock you up if you don’t give them the passwords to your porn-infested laptop.

These are the sorts of intrusions they’re plotting under the guise of rooting out evil, according to Mr Baker, who is from the Centre for Independent Studies.

But the Government says people should "avoid reacting to these proposals with hysteria".

They are currently considering changes to national security legislation, including forcing telcos to store internet and phone data. They say they want to stay ahead of the baddies while "delivering the right checks and balances for a civil society".

But Mr Baker says those checks simply aren’t there and we’re facing a "true threat to our freedom". Writing on The Punch yesterday, he says:
"The Government has trotted out the usual scare words (terrorism, paedophilia and organised crime) to justify the erosion of civil liberties, the expansion of the nanny state, the imposition of miles of red tape, and the increase in the overall cost of living."
Mr Baker says the proposals currently before the Parliamentary Joint Committee on Intelligence and Security are "creepy".
"The Government wants to be your Facebook friend, follow you on Twitter, read your emails and text messages, and know which websites you visit," he said.
"It then wants to file all that information for up to two years in case you are found to be a terrorist, crime lord or paedophile.
"The Government also wants your computer passwords and might even send you to jail if you refuse."
He also criticised increased powers for spooks – the Australian Security Intelligence Organisation officers and Australian Secret Intelligence Services officers.
A spokesperson for Attorney General Nicola Roxon said data stored would be "meta data" such as the time an email was sent, rather than its content; that much social media content was already publicly available and warrants would still be needed to access private data; and that the scheme affecting ASIO officers actually ensured accountability.
"We must always stay a step ahead of terrorists, cyber criminals and organised criminals who threaten our national security," they said.
"At the same time, we need to have the right checks and balances to ensure that those who enforce our national security laws do so responsibly.
"Unlike the Howard Government, we are giving the public a say in the development of any new laws because we know this builds the trust and confidence the community has in those laws."


There is no reason for any 'authority' to be your 'friend' on any social network site.

This is just another way of monitoring the masses, with the erosion of civil liberties at stake.

And people said the 'Communists' were bad
.

Posted by AuCorp at 9:12 AM No comments: