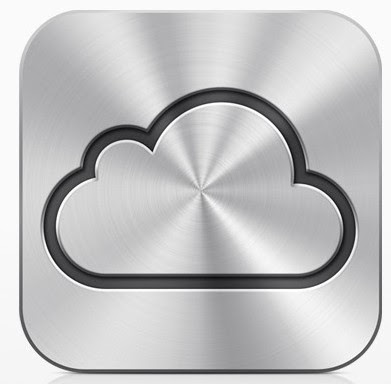 In the up and coming announcement of Apple’s new operating system iOS5, comes the announcement of a new way of storing data in this thing called a ‘cloud’, and is trademarked by Apple as an iCloud.

In the new world order of globalisation, information collection has been of paramount importance on the world’s citizens. Companies are excelling the process so that all connected users put their information onto their ‘servers’.

Technologies are being centred around not storing your information locally but in this ‘cloud’. Millions of dollars are being spent in marketing of this new product, in order to brainwash the masses to make them believe that it is beneficial to them.

Social media networking sites, like Facebook, work together with governments and authorities in the exchanging of your information, without your knowledge or consent.

People willing post their partying habits, sexual experiences and holiday plans for all to see.

This is another form of ‘slavery’ the masses are willingly putting themselves into.

In this new era, criminals are also becoming more technically advanced. Identity theft is a reality, and information can be more easily obtained from users than ever before.

Governments and corporations are marketing the masses to have a greater online presence, mean while this information is being used by criminals to partake in identity fraud.

The only victim being yourself, and NOT the governments or authorities that enticed you.

Apple has been caught out snooping on your stocks data via its stocks app. Data that can be used to obtain stocks information in this manner is considered insider trading and illegal, by law.

Apple has been caught out storing your travel movements on the iPhone, unaware to most users. Also this information can be downloaded to Apple, giving them precise knowledge of your movements.

Recently Apple’s iTunes has been hacked, in which this knowledge has not been widely circulated.

MOST Australian internet users will have their web access censored next month after the country's two largest internet providers agreed to voluntarily block more than 500 websites from view.

Telstra and Optus confirmed they would block access to a list of child abuse websites provided by the Australian Communications and Media Authority and more compiled by unnamed international organisations from mid-year.

But internet experts have warned that the scheme is merely a "feel-good policy" that will not stop criminals from accessing obscene material online and could block websites unfairly.

The voluntary scheme was originally proposed by the Federal Government last year as part of a wider, $9.8 million scheme to encourage internet service providers to block all Refused Classification material from users as an optional service.

The Government dropped its funding for the scheme last month due to "limited interest" from the industry, but a spokesman for Communications Minister Stephen Conroy said a basic voluntary filter was still on track to be introduced by Telstra, Optus and two small ISPs.

"The ACMA will compile and manage a list of URLs of child abuse content that will include the appropriate subsection of the ACMA blacklist as well as child abuse URLs that are provided by reputable international organisations (to be blocked)," the spokesman said.

System Administrators Guild of Australia board member Donna Ashelford said blocking these website addresses should not affect internet speed, but was only a "cosmetic fix" that was easily circumvented by criminals.

"The effectiveness will be trivial because you're just blocking a single website address (and) a person can get around it by changing that address with one character," she said.

"Child abuse material is more likely to be exchanged on peer-to-peer networks and private networks anyway and is a matter for law enforcement."

Electronic Frontiers Association board member Colin Jacobs also expressed concern at the scheme, saying the Government and internet providers needed to be more upfront about websites being blocked and offer an appeals process for website owners who felt URLs had been blocked unfairly.

"There is a question about where the links are coming from and I'd like to know the answer to that," Mr Jacobs said.

"We've been waiting to hear details on this from the Government. It they turn out to be zealous with the type of material that is on the list then we'd want to have a discussion about ways to introduce more transparency."

The first part of the beginning to the end of free speech.

The government claims that the project cost $9.8 million, which is an absolute lie.

Leaked documentation point to the NBN (National Broadband Network) blow out, is a result of installing Internet Censorship and NOT fast broadband speeds.

The government has again lied to the general populous regarding another matter of significance.

The government plans to allegedly censor 500 pages from an estimated 18.98 billion pages

see :WorldWideWebSize.com | The size of the World Wide Web

SOME refugees in Australia are sending welfare payments abroad as part of a multi-billion-dollar industry to help relatives in poor countries.

A report commissioned by the Immigration Department says that many recent arrivals from Africa fear losing social respect if they do not send cash home.

Using World Bank data, the report estimated that up to $6 billion flows out of Australia each year in payments to people overseas. It said that a survey of humanitarian arrivals showed that 70 per cent had sent money home.

For Africans, it was not unusual to send up to 20 per cent of their weekly incomes to families.

The average amount was $200 a month and each refugee was supporting about five people back home.

"In some cases, people are obviously doing without things in order to be able to support families at home," he said.

"It's predominantly supporting close family, which in other circumstances would be with them, so there's a very strong feeling of obligation that many have."

Prof Hugo's report said that a study of Somalian and Ethiopian refugees in Melbourne and Adelaide had revealed the overwhelming majority sent money home, despite almost one in five being on the dole and 42 per cent earning less than $20,000 a year.

More than half said they did it to maintain their family's wellbeing, but "a significant number (22.4 per cent) felt they would lose social respect if they didn't send money", the report said.

Swinburne University migration expert Dr Katharine Betts said she was astonished by the scale of the payments leaving Australia.

"It might be a concern that taxpayers' money was being channelled in this direction," she said.

"I would worry about the welfare of families that felt an obligation to support people overseas when they were struggling here."

Prof Hugo said that humanitarian arrivals made a significant contribution to Australia and the Federal Government should consider making it easier for them to send money to relatives abroad.

"Anything that countries like Australia can do to facilitate that sending back of finances can potentially have good development impacts in the origin country," he said.

Another BLATANT misinformation article spread by the mass media.

$6 billion suggests the practice is RAMPANT, and NOT occasionally done.

In any event this practice is illegal, and once again NOTHING is going to be done about this.

Fraud has been committed against the government, yet if any action is taken against stopping this kind of fraud, the catch phrases that will be thrown around will be: 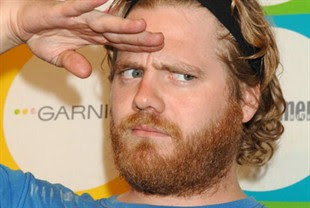 Jackass star Ryan Dunn has died in a car crash when his vehicle burst into flames after a night out with friends.

Police say Dunn and an unidentified passenger were driving his Porsche 911 in Philadelphia about 2.30am local time on Monday when the sports car left the road, flew over a guardrail and slammed into a tree, exploding into a fireball.

The 34-year-old stunt show actor and his passenger were killed instantly.

Dunn was identified by his tattoos after his body was pulled from the charred wreckage, according to a witness at the crash scene, NBC Philadelphiareports.

The crash occurred near the Philadelphia suburb of West Chester.

Dunn was last seen at a bar just hours before the crash and had even posted a picture of himself drinking with friends on his Twitter. It has since been removed from his account.

April Margera, the mother of Dunn's close friend Bam Margera, was apparently the first to confirm the death after she called into a morning radio station to say that one of the Jackass stars had been killed in an accident.

MTV released a statement via Twitter saying: "We're deeply saddened by the passing of a member of the MTV family, Ryan Dunn. Our hearts and thoughts are with his friends and family."

Jackass producers including paid tribute to Dunn in a statement posted on website Dickhouse Entertainment.

"I don't really know what to say right now everybody, because the sadness is overwhelming, but today we lost one of our own," the show’s director, Jeff Tremaine, said in the statement.

"Our hearts go out to his family and his beloved Angie. Ryan will be missed and remembered by us all."

Director Sophia Coppola, who was once married to Jackass co-creator Spike Jonze, wrote on Twitter: "He was a very nice and energetic guy, I met him a couple of times. Very shocked."

Authorities say speed may have been a factor in the crash.

Dunn appeared on the MTV show Jackass that ran from 2000 to 2002, which was followed by three big-screen adaptations.

His most famous prank was shoving a toy car into his rectum in the first movie. Most recently he hosted cable television program Proving Ground.

Another classic example of how the mass media puts these tailer park trash entertainment 'gods' on a pedestal.

The purpose of this is to dumb down the masses.

The claim to fame for this 'loser' is:

" was shoving a toy car into his rectum ".

In this case of this person dying was NO accident.

He drove is Porsche 911 in an intoxicated state, resulting in an 'accident' which also killed another person.

He faces four child pornography charges and is due to face the Adelaide Magistrates Court again in August after making a brief appearance last month.

The MP was arrested in April and soon after was expelled from the Labor Party by the state and federal executives.

He is free to take his seat in parliament until convicted but must make regular appearances or seek special leave.

Under parliamentary rules, MPs are automatically dismissed from office if they miss 12 consecutive sitting days without being granted leave, traditionally allowed in instances of sickness.

The MP missed seven sitting days before his first appearance and was not required to attend again until after the winter break.

Under South Australian laws he cannot be named by the media until committed for trial. 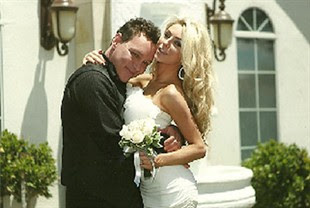 Lost actor Doug Hutchison, 51, has created a wave of controversy by announcing he has married a 16-year-old aspiring country singer.

The actor from the popular TV series wed Courtney Alexis Stodden in Las Vegas last month, according to a statement the couple sent to E! News.

"We're aware that our vast age difference is extremely controversial," the pair said.

"But we're very much in love and want to get the message out there that true love can be ageless."

It is legal for people aged 16 to marry in Las Vegas provided they have the consent of their parents.

His wife, a former beauty pageant queen who is trying to launch a singing career, is signed to Hutchison's production company, according to reports.

ninemsn.com.au 21 Jul 2011
A segment that has been neglected, but an all too common site of marriage to get something out of the other person rather than marriage for love.
A great career move, and one for the file of an Occupational Whore.
Posted by AuCorp at 9:21 AM No comments: