Cops to use licence to disqualify anyone guilty of anything 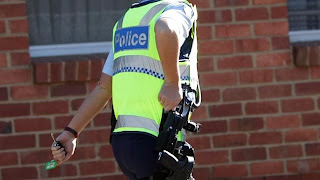 
Sweeping legal changes which came into effect on September 30 allow courts to suspend or cancel the licence of any person convicted or found guilty of any offence - regardless of whether that offence has anything to do with driving.

Victoria Police has exclusively revealed to the Herald Sun that it will seek to use the new powers in up to 50,000 court cases each year.

It has already briefed its prosecutors on the law.

"If you're convicted or found guilty of any offence, a court may suspend or cancel and disqualify your licence," said Acting Senior Sergeant Richard Bowers, of the Victoria Police Prosecution Division.

"The legislation does not govern or put a limiting factor on which cases it applies to. It's any offence, and it's completely open to the magistrate as to whether or not they impose it.

"Unless a superior court gets hold of one of these cases and says 'Well, this is an inappropriate exercise of discretion,' it will remain open for use for a magistrate to use in any way they see fit."
But the move has angered civil libertarians.

"We are very disturbed at the lack of consultation, given this is such a sweeping and draconian measure," Jane Dixon, SC, the president of Liberty Victoria, said last night.

"To deprive someone of their driving licence can often also deprive them of their livelihood.

"We believe, for well-being, there should be a strong foundation between driving and the offending."

Victoria Police said it would advice its prosecutors to use the legislation in any case where the offending can be linked to using a vehicle, which it estimates at around 50,000 cases a year.

"We will raise the legislation in circumstances where driving had been part and parcel of the offending," Sen-Sgt Bowers said.

"It may be an offence where the accused used a car to commit the offences; for example, residential burglaries, using the car to get around."

In another change to the law, anyone disqualified from driving may be forced to fit an alcohol interlock device in their vehicle when the licence is reinstated, if the original crime can be linked in any way to alcohol or drugs.

First-time offenders, and those guilty of even the most minor offences, will not be exempt from the new law.

There are no set suspension or disqualification limits, giving magistrates free rein to cancel a licence for as long as they see fit.

Sen-Sgt Bowers also highlighted drug trafficking and family violence cases as likely ones for the exercise of the law.

"You have to look at each case on its merits and determine where is the best use of this legislation. We have left prosecutors with a fair bit of discretion," he said.

"It's a deterrent and a preventive measure. From our perspective, anything that has the potential to prevent further offending is a good thing," he said.

Victoria is truly the POLICE STATE.

The facts are as follows:

"From our perspective, anything that has the potential to prevent further offending is a good thing"

It's a blatant lie. The "further offending" they really know will happen is that thousands will use their cars without licences or be jobless and homeless, garnering greater revenue and creating more criminals for the State to convict even easier next time, if not incarcerate them and generate revenue from the privatised (corporatised) prison system.

This isn't the first time we have seen this organization abuse there power, They seem to think they are the ones hard done by how about the civilians of this country charge and convict the real criminals aka this organization and it's "leaders"

This is bullshit, they already lie, bully, and harass people, they abuse the powers they already have, this law is going to make it worst. They are the biggest gang in Australia the only difference between them and others is they have the green light. I have seen them lie in court under oath, produce false witnesses, threaten people and alot more, they do what they want this needs to stop and I'm not the only one who thinks this

WTF, I told everyone that would listen. Soon as the bikie law came in I said it would lead to sweeping change that will effect everyone, and soon we'll have a police state you dumb steeple. We should of protested hard! Oh yeah, what did they say "if you don't do anything wrong it won't affect you" hardy ha ha dumbies. The RIF chip will be next, then we'll all have the mark of the beast. Dick heads... I can't even ride with my mates because the police state just make up your a criminal organisation with no proof because there is no proof! The proof they use comes from Sons of Anarchy! And now Mayans, you poor stupid brainwashed simpletons...

Do not let the global elite deter you.

Well Said Frank I agree , we suffer because the aussies won't or can't be bothered to stand up to them , the Police have no lawful powers , the Government have no lawful powers ," Bikies " …. Don't Rape kids right ? at least I cant find any incidents , they bash Paedophiles , when they can , SO far so good , But Police , Who have made Bikies a criminal gang across the board , Do rape Children , and Do Protect Paedophiles , AND Drug dealers. But only a small percentage of Bikies do bad stuff?, much of the bull shit going on over the recent years was pushed along by the PTB in order to enforce Draconian Police Sate laws. Problem Reaction Solution .

Hey Bob, your also 100% right. Pedophile police and pedophile judges devil worshipping Muppets, while us Bikies who protect the innocent children from these cretins get harassed non stop. Did you know Bob we'd do toy runs for cancer and I and our chapter paid big money to have dinner with the helicopter rescue at Newy buying all sorts of memorabilia to raise funds for the rescue service. We didn't do these things as propaganda as the police said to the media! What a bunch of moronic tools police are to even suggest such a thing, Bob you want to know why we'd do that charity event? Because we actually care about our community and want to help where others can't. It makes me so angry that police can stand there with a straight face and just bold face lie! Look we're not all angelic but normal laws take down any bikie doing crime! This shit is so far fetched and works in the realms of pure fantasy. Because we stand up for ourselves and our mates and kick arse where it's needed, liked young punks bashing and robbing the elderly and we teach our noms to have respect. These Bikies causing problems in public could of been charged liked anyone else by police. The public has had the wool pulled over there eyes once again.
You know these stupid draconian laws are going to sweep around Australia.

grow up to many little dicks want big dicks! if licence has no relation to the crime its off limits . get the real crims damm lazy cops aall wanna be bigshots . see how you act if your kids get hurt. why cant you do your jobs without the egos

Dead pig is a good pig

The Police need to travel very cautiously with this one, i can forsee a lot of legal suits that will bankrupt the Victorian State for abuse of power.

I live in QLD. They suspended my license, because I missed a local election!

Snoopy: I am in QLD they gave me a warning when i didn't Vote on the Local Election.