A third of foreign banks in Australia had no taxable income

Nearly a third of the 26 large foreign banks operating in Australia, including Goldman Sachs, JPMorgan, Lloyds and BNP Paribas, had no taxable income in 2014, data released by the Australian Taxation Office shows.

The Tax Transparency report released by the ATO in December provides the first detailed breakdown of tax payments by the banking sector, which paid a total $11.4 billion in income tax in 2014, on revenue of $218 billion.

The big four Australian banks dominated the rankings, reporting 71 per cent of the revenue and 83 per cent of tax paid, totalling $9.5 billion. The top taxpayer was ComBank, which paid $2.87 billion at a tax rate of 29.1 per cent.
All Australian banking and lending institutions reported taxable profits, but most paid lower tax rates than foreign banks – notably National Australia Bank, which had a 20.1 per cent tax rate, and Macquarie Group, which had a tax rate of 16 per cent.

In a robust defence of its tax practices, Macquarie told the Senate corporate tax inquiry in February 2015 that as an accounting measure its tax rate had been 38 per cent or higher for the past two years.

Tax Commissioner Chris Jordan urged the Senate committee to look at cash tax payments rather than accounting provision for tax.

The figures, released under legislation originally introduced by former Labor treasurer Wayne Swan, refer only to tax relating to the 2014 financial year.

A spokesman for BNP Paribas, which made $2.86 billion in revenue across three firms (BNP Pacific Australia, BNP Paribas and BNP Paribas Securities Services Australian Branch) said the bank made a loss in the 2014 financial year because of the deductions of prior year losses stemming from bad debt write-offs.
JPMorgan made $1.6 billion in revenue without profit, believed to be because of carry-forward losses stemming from the global financial crisis. The bank declined to comment.

Goldman Sachs, which made no profit and paid no tax after earning $632 million in the year, also declined to comment.


No profit or tax

The Royal Bank of Scotland, which has drastically reduced its presence in Australia, also didn't make a profit or pay tax, after earning $1.2 billion. Calls to media representatives in Singapore, Hong Kong and Britain went unanswered.

Lloyds Bank, which no longer operates in Australian, made $771 million in revenue without profit.

Rabobank's Co-operatieve Centrale Raiffeisen-Boerenleenbank had $1.4 billion in revenue in the 2014 financial year but made a loss. Rabo Australia had income of $1.24 billion, a taxable profit of $185.3 million and paid $55.5 million in tax.

"Combined as a group, the Rabobank Australian group pays the correct and proper tax amount in Australia and for the 2014 tax year [the year in the figures released by the ATO in December], the effective rate of tax paid was 29.5 per cent of taxable income," Rabobank Australia spokeswoman Denise Shaw said.

"No tax was paid by Co-operatieve Centrale Raiffeisen-Boerenleenbank BA, as it was in a tax-loss position due to various factors.

"Rabobank is extremely committed to being fully compliant in fulfilling its tax obligations, and pays in accordance with the spirit and purpose of our tax laws. We work co-operatively and transparently with the ATO."

While Macquarie's 2014 annual report accounts reported pre-tax profit of $2.1 billion from global income and tax of $827 million for 2014, the ATO data shows Australian taxable income was $797 million, with tax payable of $128 million.

In a note to its latest accounts, Macquarie said the 16 per cent tax rate reflected franking offsets on Australian dividends, and offsets for foreign tax offsets and research and development.

Macquarie declined to comment on its reported 38 per cent tax rate in its accounting profit. While the bank faces tax rates as high as 40 per cent in the US, this would account for only a fraction of the elevated tax bill, which it also attributed in its 2014 accounts to "tax uncertainties".

The higher tax bill appears to reflect payments for contested assessments by the ATO, with penalty rates and interest relating to earlier years.

This puts Macquarie in the awkward position of defending its tax status to the Senate committee investigating tax avoidance by citing high tax rates, which have been inflated by penalties and interest charges for tax avoidance.

"In accordance with ATO practice, the group has paid a portion of the primary tax and interest covered by these amended assessments and this amount has been included in these financial statements as part of tax receivables, pending resolution," the Macquarie annual report said.

A 2013 Federal Court judgment detailed tax avoidance findings by the ATO relating to Macquarie's offshore banking unit – an Australian-based operation that is taxed at the concessional rate of just 10 per cent.

The ATO found that Macquarie booked expenses relating to the offshore banking unit instead to its general earnings, which are taxed at 30 per cent.

These included interest charges and the profit share paid to executives, which is believed to be up to 25 per cent of profit.

The Federal Court rejected a claim that the assessments should be overturned because they represented a "U-turn" on the ATO's  previous position.

Industry group Australian Financial Markets Association spokeswoman Heather Gascoigne said some foreign-owned banks did not pay tax because they were still writing off losses from the global financial crisis.

These losses had mostly flowed through the system and "future disclosures by the commissioner in respect of later income years will evidence higher tax payments by the foreign bank sector", Ms Gascoigne said.

If a 'mere mortal' was to do what the 'corporations' do one would be behind bars.

Posted by AuCorp at 4:29 PM No comments:

Many country's people around the world celebrate major events like the independence of a nation, in honour of victims of war, celebrating the dead and many more occasions that are specific to each nation's people.

The 26th Day of January was the day chosen by the 'authorities' for the plebs of Australia to celebrate a day called 'Australia Day'.

What does this day really signify?

Many people (especially Indigenous 'Australians') will call it Invasion Day, definitely a day NOT to be celebrated.

It's the day that the 'First Fleet' arrived in 1788 to begin an 'economic project' on this Continent with a ship load of 'convicts' (you know people who stole bread, because they could not feed their family due to the economic oppression by the 'authorities'). 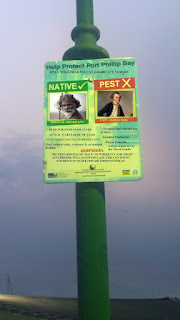 Then the slaughter of the Indigenous inhabitants began with full support of the British Monarchy, you know the descendants of the current Queen - Her Most Excellent Majesty Queen Elizabeth the Second.

Please note also that the so called royalty of Europe was inbred where Queen Victoria is the Great Great grandmother of both Queen Elizabeth the Second and her husband Prince Philip, who are also cousins.

So what happened really happened when Captain Cook (not 'came to town', but rather) made towns.

Well without going into a 15 to 20 page document on the event's we've put it into a meme: 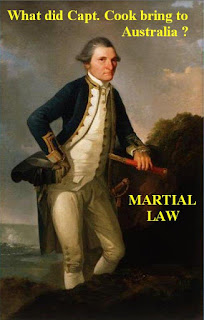 Martial Law was installed (officially) for 40 years, until 1828.

If you know what event ceased that state of Martial Law you can write it in the comments of this post.

While people may think or have the perception that Tony Abbott is a moron, etc one thing he did say publicly (or even let slip?) was that "Australia was started as an economic project"

You may also want to read

‘Borderlife’ was banned from the high school curriculum in Israel Staff writers and APnews.com.au
A BOOK about a love affair between people of different religions has been banned from the school curriculum in Israel.

The Education Ministry dropped ‘Borderlife’ from the country’s high school curriculum over concerns that it would encourage intermarriage between Jews and non-Jews.

The novel is about a romance between a Jewish woman and a Palestinian man.

The rejection of the novel caused outrage in Israel, with critics accusing the government of censorship, AP reported.

Banning the book has also touched on the feeling of mistrust between Arabs and Jews, which has deepened during the current wave of Israeli-Palestinian violence.

Criticism of the government caused the Education Ministry to back off the ban slightly and Army Radio reported the book could now be read in advanced literature studies classes, but it still can’t be taught as part of the regular school curriculum.

Israeli media said teachers had requested the book to be part of student reading lists and AP reported the ministry had debated about adding it to the curriculum before deciding against it.

“Adolescent youth tend to romanticise and don’t have, in many cases, the systematic point of view that includes considerations about preserving the identity of the nation and the significance of assimilation,” Fenig wrote.

Currently there is a book included in the Israeli school curriculum, ‘A Trumpet in the Wadi’, a story about a love affair between a Jewish man and a Christian Arab woman.

Fenig told Army Radio there didn’t need to be another book on the list that dealt with relationships between Jews and non-Jews. The ministry official also said the timing wasn’t right as it coincided with the current outburst of violence and she feared tensions could run high in the classroom, AP reported.

According to AP, more than three months of Israeli-Palestinian violence has killed 21 people on the Israeli side and 131 Palestinians.

Education Minister Naftali Bennett told Israel’s Channel 2 TV that sections of the book portrayed soldiers as “sadistic” and exposed details of a romance between a Palestinian jailed for security reasons and an Israeli woman.

“Should I force Israeli children to read this? Is this a top priority?” he said.

AP reported some Jews were afraid intermarriage and assimilation, a term used for the gradual weakening of Jewish identity with immersion in Western culture, would threaten the community’s continued survival.

Jews and Arabs hardly intermarry in Israel and the communities often live separately.

Last year, religious Israeli politicians were outraged by news that the son of Prime Minister Benjamin Netanyahu was dating a non-Jewish Norwegian woman.

Author of ‘Borderlife’, Dorit Rabinyan, told Army Radio the rejection of her book was ironic because “the novel deals precisely with the Israeli fear of assimilation in the Arab milieu within which we exist.”