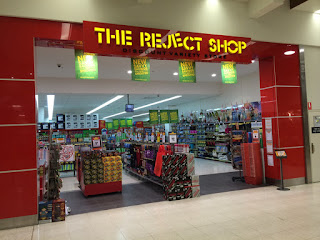 We’ve posted a bit of information with regards to the Reject Shop, where in reality it is a dodgy company, that treats its employees like crap, with the addition of an over abundance of ‘bad management’.

To make matters worse during the Coronavirus pandemic, the management have shown how little regards they have for their staff and the safety of the ‘public’ putting profits in first place.

An internal email stated that if a person tests positive to the Coronavirus, they are to self isolate and it’s basically ‘business as usual’, for the staff where the (effected) store will not close down  and undoubtedly the public will not be made aware of the infectious case.

Would you risk your life purchasing their junk, so the bosses can have fatter pay cheques?
Posted by AuCorp at 12:35 PM No comments:

A breed of parents (deliberately) overlooked

The mainstream media has classified 8 breeds of parenting as described within the article below, but realistically it has missed out on one important section of the community. 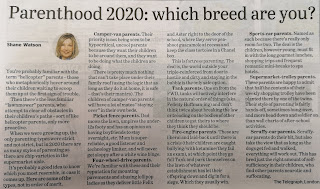 It is a very important section of the community, as the actions of these humans has implications that travel far and wide.

It’s a section of the community commonly referred to as ‘trailer park trash’ or as the Hindus call them the untouchable class, the Dalit.

This 'special' sub-class of trailer trash humans are the ones that are of low ‘value’ to society.

Low moral values and low ‘financial’ value compared to the rest of the civilised space that is around them.

These humans are the ones who have zero intentions of leading a ‘law abiding’ life, where causing pain and misery via the actions of theft and assault is at the forefront of their limited cranial space.

As we are well aware, every animal has the capacity to breed, in many instances of the trailer park species, propagating the defective gene pool may not be of benefit for the rest of society.

The ol' saying comes into play: Just because you can [breed], doesn't mean you should.

Australia is very well equipped in producing its own Dalit, where we do not need to dump other nation’s garbage in order for it to breed and cause harm to the ‘good’ people that live here, but unfortunately (for the good people) the Australian Government does not share the same sentiment.

Australia has plenty of land to dump other nation’s trash...

After all, as Tony Abbott once said: "Australia is Open for Business"

Posted by AuCorp at 2:43 PM No comments: