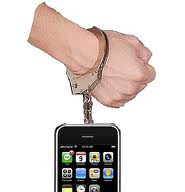 Posted by AuCorp at 6:45 AM No comments:

Corrupt police may be leaking to bikie gangs

CORRUPT police may be leaking highly sensitive intelligence to outlaw bikie gangs in Victoria and NSW.

The Age says the leaks have undermined organised-crime probes and potentially endangered the lives of informers.

A small number of police officers in both states are believed to be under scrutiny, although none have yet been charged.

Among several recent alleged cases of security breaches, The Age has learnt that a bikie gang was tipped off about a major police raid and the contents of a secret police targeting list were leaked.

In NSW, bikies or their associates on two occasions have shown police the reports leaked to them, claiming to have paid several thousand dollars for them.

In a statement to The Age, OPI director Michael Strong confirmed his agency had concerns about suspected ongoing leaking from police officers to criminals.

But he declined to comment on, or confirm the existence of, specific investigations.

This is a well known fact to operatives within the police force and the bikie gangs that they always have someone 'on the inside'.

Rather than saying that they are, the report suggests that they 'may be', another 'inaccuracy' posted by the tabloid.

What is worse is how the governments and the so called authorities overseeing any investigations cover up the true extent of the crimes committed.

What usually happens under these circumstances is that the corrupt police are supported by the tax payers on leave for indefinite periods, with no jail time for the criminal police involved.

Another way of showing the masses that a certain group of people are 'above the law'.

Posted by AuCorp at 5:25 AM No comments:

Australian kids are living in climate of fear 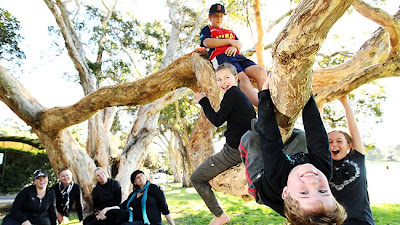 PRIMARY school children are being terrified by lessons claiming climate change will bring "death, injury and destruction" to the world unless they take action.

Climate change as a "Doomsday scenario" is being taught in classrooms across Australia.

Resource material produced by the Gillard government for primary school teachers and students states climate change will cause "devastating disasters".

"As well as their terrible impact on people, animals and ecosystems they cause billions of dollars worth of damage to homes and other buildings," the material says.

Australian National University's Centre for the Public Awareness of Science director Dr Sue Stocklmayer said climate change had been portrayed as "Doomsday scenarios with no way out".

Here is another example of false information fed to children in order to instill fear, to push a political agenda through.

The government is using this tactic on the children of (what it considers) canon fodder, or the working class who have little intellectual value to the community.

This 'curriculum' is not taught in the private schools for the business leader's children.

No factual or even skeptical scientific information is given to these children, but rather fear mongering.

The government does not let this children be children, but rather brain washes them for its political purposes.

I get i've disappointed you PM admits

JULIA Gillard last night admitted she had disappointed some voters by introducing a carbon tax, but said she was convinced it was the right plan for Australia’s future.

The Prime Minister also warned consumers to beware of shonky shops that may try to rip them off by already increasing prices and blaming the carbon tax, the Herald Sun reported.

Speaking at the Sky News people’s forum in Brisbane, Ms Gillard said when she promised during the election campaign there would be no carbon tax, she meant those words but circumstances had changed.

Speak your mind on the carbon tax. Vote now or leave a comment below

“I get I’ve disappointed you,” she told an audience of undecided voters.

“A lot of people don’t like the carbon tax decision, but I’m absolutely convinced it’s right.”

The PM said instead of taking the easy path, she had made the tougher political choice to give Australia a clean-energy future.

She said her package was “a better plan” than her predecessor Kevin Rudd’s, because it had a more ambitious target to cut emissions by 80 per cent by 2050, there was more for clean-energy schemes, and it included tax reform as part of the household assistance.

Ms Gillard said any shops already claiming prices would have to rise by 10-15 per cent were “just simply ripping people off”, because overall price rises would rise less than 1 per cent and not before next July.

The Competition and Consumer Commission has been given $12.8 million to monitor prices. It will employ an extra 20 carbon cops, and consumers who suspect a shop of price-gouging have been urged to call the ACCC hotline, 1300 302 502.

It is the same job the ACCC did for the Howard government when it introduced the GST 11 years ago.

“The vast majority of businesses will do the right thing, but those businesses that don’t will face the full force of the law and heavy fines,” he said.

“The Prime Minister herself was misleading and deceptive before the election and the deception continues,” he said.

Senior Liberal Malcolm Turnbull told ABC radio Mr Abbott “had been a supporter of a carbon tax at one point” but changed his position.

“I’ve given Tony Abbott a consistency and a loyalty that, frankly, I didn’t receive consistently from all of my colleagues while I was leader,” he said.

Australia's current Prime Minister, Julia Gillard, had admitted that the not only the public are NOT satisfied with her Carbon Tax business 'Money for Mates' deals, but also the masses are fully aware that Gillard made fraudulent statements prior to becoming Prime Minister.

Gillard said that she will not implement any carbon tax whilst in office as Prime Minister, a fact that she went back on.

Fraud in governance commonly goes unpunished, and now more than ever the strength of the government is flaunted in front of the general population by showing the masses that they can do as they please.

Posted by AuCorp at 2:03 PM No comments:

The Federal Office for Information Security said yesterday that clicking on an infected PDF file "is sufficient to infect the mobile device with malware without the user's knowledge" on several versions of Apple's iOS operating system.

It says the same could occur when opening a website that carries an infected PDF file, possibly opening the device to criminals spying on passwords, planners, photos, text messages, emails and even listen in on phone conversations.

The agency says Apple has not yet offered a patch to fix the problem.

Apple Germany spokesman Georg Albrecht said he was aware of the warning, adding that Apple would not comment on it.

To the technologically unaware, this information posted by ninemsn.com.au may seem quite alarming, and distressful, but withing the technology circles, this is not only not news but also old news that is a few years old.

This is known as 'jailbreaking'.

Apple is aware that if it does not plug the exploits in its operating system, sales revenue will increase, as people are aware that they can jailbreak their iPhone/iPod/iPad, if they desire so.

Contrary to any official statement, Apple unofficially supports its products being jailbroken, as their primary concern is revenue raised from the products sold.

Apple is in no hurry to 'patch' the exploits in its operating system.

This can be seen by Apple's actions rather that corpau's 'opinion'.