Proof the government is dodgy, re: COVIDSafe App code

How do you STOP your code from being looked at or scrutinised?

You make an ‘offer’ a person HAS TO refuse!

In the case of the ‘Australian Government’ it is in the following manner:

“I am responsible for any costs of third party claims associated with my access to the App Code, and must pay those claims on request.” 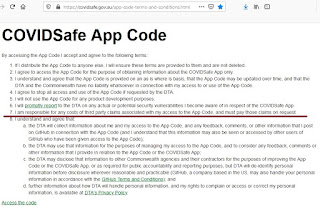 Do you comprehend (a different meaning to ‘understand’) those words?

Quite simply put IF there is a claim against your person for VIEWING the code, the best action is NOT to pay.

Get them to take you to a 'court of law' regarding their so called claim.
Posted by AuCorp at 12:46 PM No comments:

Apple, Google now require your GPS location with Bluetooth on

With the new enactment of a law or technological ‘upgrade’ the people lose a slice of their privacy and (perceived) freedoms.

The upgrade of Google’s Android smart phone operating system to v10 or Q, and subsequently app manufacturer’s compliance with the new operating system version, in order for an app to work with its corresponding Bluetooth accessory, Bluetooth must be (obviously) turned on, with the mandatory addition of the GPS switch (or rather software toggle), in order for the accessory/program to function.

Under previous Google’s Android version, the accessory, e.g. Bluetooth headphones or ear piece microphone set would work without the need for any GPS coordinates, where there is zero technical need for the operating system to know one’s (reasonably) precise GPS location.

Since Apple and Google support the various government agencies mass surveillance agenda, this information is given to whichever three letter acronym business asks for it.

After a certain event metadata or mass surveillance became known under the auspice of public safety, where the ‘nothing to hide, nothing to fear’ argument was thrown out over the airwaves.

This term applied to the commoners and not the people in government irrespective of their corrupt activities.

Fast forward approximately 20 years and now and we have the next level of surveillance implemented on the plebs, under the unarguable topic of 'public health', with new terms evolving like Wi-Fi scanning, Wi-Fi triangulation, and the new government sponsored contact tracing where the persons in your contact list do NOT have a choice to opt out of being tracked for ‘health reasons’.

Remember that according to law, EVERY action must be done voluntarily, WITH your consent.

The REAL problem is that this (Bluetooth) ‘contact tracing’ will return a false positive against your (or another) person, to (both) Apple, Google, where this information WILL be passed on to whichever government or insurance corporation asks for it.

You, by downloading the virus related health app, AND admitting to (Google, Apple) that you tested positive, WILL be screwing over persons in your contact list even if they did not catch anything from you where they were in another room from you.

Apparently from the words of the Australian Government over 5 million downloads occurred of their virus app.

It’s NOT about your ‘health’ but rather your privacy and security.
Posted by AuCorp at 10:52 PM 3 comments:

This is what happened in [the colony of] New Zealand: 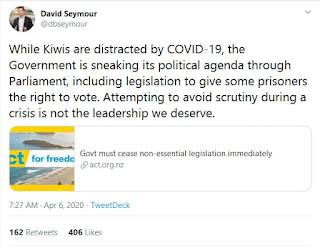 What dodgy (draconian) law has been put in place in your neck of the woods?

5G – The new kid on the block will give up a more precise location. 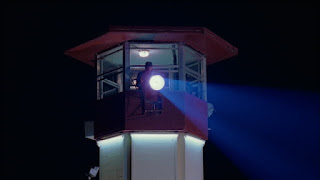 Briefly,
One of the benefits for the authorities of new technology introduced to the ’consumer’ market is more data collection on the individual, which also includes a more precise location.

As if 6ft (indoor) accuracy is not enough via something called Wi-Fi triangulation from your device’s (constant) Wi-Fi scanning, an inbuilt ‘feature’ of Apple’s iOS and Google’s proprietary version of Android, where the user has zero option of turning this ‘feature’ off.

MANY consumers may be ignorant of the fact that location tracking was not implemented recently into smart phones installed with chips that read data from satellites with whatever 3 or 4 letter acronym the system is called, but rather this tracking capability has been with us since day one of GSM (2G) communication system being switched on.

This is done through something called tower triangulation, as shown in a ‘simple’ diagram below: 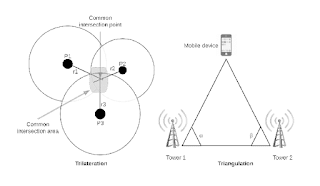 [Australian] government departments would use this tower triangulation method on their employees WITHOUT their knowledge or consent.

As each generation of mobile tower communication (3G, 4G) improved so did its accuracy of location determination, but there was still the same ‘problem’.

In relation to passive tracking, broadcasting was based on the signal emission from the tower at 360 degrees (3 antennae at 120 degrees per tower location), where an approximate location is derived as seen in the above illustration.

They could have kept going with the ‘old ways’, but that’s NOT the agenda.

This is where 5G comes into its own, as the next best thing (in the mass surveillance agenda).

With 5G, the towers now direct their waves towards your device, measuring the time taken to do a round trip communication ping, in the process obtaining a much more precise location of the device.

Your device is now being honed in by the telecommunications company with this new technology, with a simple analogy of a guard at a tower shining a spotlight on you.

As always with government ‘players’, there is never just one source to be relied upon, where your location is also cross referenced with known Wi-Fi router’s  physical addresses if GPS is not available, as for example mapped by Google in their street view cars, with special Wi-Fi sniffing hardware, where this data now becomes the property of Google.

As mentioned above this part (the logging of scanned Wi-Fi routers) is done at the operating system level, programmed by Apple and Google.

This is also another reason why ‘consumers’ are given a duopoly, as it’s easier for governments to ‘administer’ those corporations.

In relation to the two major ‘consumer’ market smart phone operating systems, Apple and Google are deliberately working against your privacy and security for the governments of the world.

Any denial of this is a deliberate lie.

The next model of iPhone will use LiDAR technology to better scan you.

Quite simply put, by not purchasing 5G equipment, you are not sponsoring research and development for corporations to surveil you, but MANY will embrace this new form of surveillance.

More like they need to surveil you at that speed, you fast moving 'rascals and outlaws'  (LOL).
Posted by AuCorp at 11:34 AM No comments:

Aussies conned with COVID app, next phase of global surveillance already in action 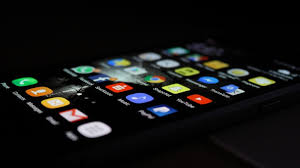 Australian taxpayers (you know the hard working ‘mums and dads’) have been hoodwinked out of their tax dollars for a government scam where a stock standard ‘money for mates’ deal occurred, that being the production of Australia’s COVIDSafe app.

The app even though being heavily advertised, is totally useless in its function, as mentioned by the mainstream media a while ago, where the app is realistically not necessary at all, as the core functions of tracking have already been implemented by the world’s smart phone duopoly, i.e. Apple and Google into their operating system updates.

A reminder that in order to obtain a SIM card, Australian mobile telecommunications ‘consumers’ must provide personally identifiable documentation, such as a driver licence, social security or medicare identification to use a registered SIM for whatever internet connected device one is using, be it feature/smart phone, tablet or 3G/4G/5G router.

Now, your internet connected device together with its IMEI and IMSI creates a unique device (different from browser) ‘fingerprint’ tied to your person’s name where it travels with you wherever you and your device go both physically and virtually (on the internet).

This information can be read by app manufacturers and also Google and Apple who then pass this information to various entities, that’s why there is a HUGE push towards ‘apps’, as your smartphone generates much more data (e.g. light conditions, barometric pressure, Satellite / telecommunication tower aided location just to name a few)  than a security conscious configured personal computer.

While this information gathering technique is old news, and literally stored since day one there is a new addition of parameters that is being used against you.

In the US the mainstream media has announced that Google already passes on user location information for governments to ascertain ‘social-distancing’ rules for whatever reasons.

Google has embedded a ‘feature’ into its proprietary version of Android, where its purpose is to track you more accurately via something called Wi-Fi scanning in addition to GPS and mobile tower triangulation data easily obtainable from your smart phone, which can then be passed on to whatever TLA (Three Letter Agency) asks for it, WITHOUT any warrant whatsoever.

In addition to this now many Bluetooth enabled apps require you to also enable location services for no technical reason for the accessory to function, but rather to track you more accurately.

As to whether the COVIDSafe app was created to gauge the herd population’s subservience is another matter altogether where there is ZERO technical reason for it to exist.

NOTE: The 'Australian Government' promised to release to source code to the app.
- Where is it?