Dam release would not have saved Brisbane

Reducing Wivenhoe Dam's water supply by 10 per cent would not have saved Brisbane and Ipswich from devastating flooding, the Queensland government says.

Questions have been raised over whether last month's floods could have been avoided had the operators of Wivenhoe Dam, north of Brisbane, released water earlier.

Natural Resources Minister Stephen Robertson says modelling has been done to show that even if the dam's capacity had been reduced by 10 per cent, flooding would have still occurred.

"Some of the work that's already been done shows that if you reduce Wivenhoe Dam by certain amounts that, modelled against the flooding event that we saw last month, it wouldn't have had a noticeable impact," he told reporters at Airlie Beach on Monday, where the government held its Cabinet meeting.

"... That goes to the issue, which is the size of the event that we were talking about in January.

"There was so much water coming down stream, but also at the same time, it was coming in lower from Wivenhoe through the Lockyer and the Bremer, which the Wivenhoe doesn't control.

"So it was the combination."

However, that modelling was "only a very preliminary assessment", he said.

SEQ Water is investigating whether it should lower the dam's drinking water supply below 100 per cent to give the dam a greater flood mitigation compartment considering the wet summer Queensland is experiencing.

Releasing water was one possible strategy, but he would not detail other possibilities.

Mr Robertson said SEQ Water was still awaiting information to complete its modelling, but hoped it would be finalised by the week's end.

Meanwhile, the investigation into Queensland's devastating summer of flooding will begin on Thursday as the newly-established Commission of Inquiry holds its first hearing.

The commission will probe the operation of Wivenhoe and Somerset dams, among other issues.

Another lie perpetuated by the authorities and reported by the mass media.

There is NO debate on the topic as there are on certain other 'Entertainment Trash' articles.

Interviews taken by corpau in Brisbane not only from engineers, by residents as well indicated that the opening of the flood gate WOULD have eased the disaster that followed.

Another less publicly known fact is that Wivenhoe has aslo another dam wall in the rear, which could have also been opened.

Under NO circumstances can their be ANY admission of guilt or negligence by the dam operators or authority, as this would open up a law suite in which there was also a loss of life.

Under these circumstances it is the authorities and corporations that silence the masses.

What will be following now is another government sponsored 'flood levy' fraud.

In the world of electronics consumables for Apple products, there is a plethora of ipod accessories with overinflated price tags, in which the discerning apple ipod "audiophile" can purchase, justifying to oneself that their purchase is not only warranted but necessary.

There are too many products to list, in which the price does NOT reflect the quality of the product.

The one that catches the attention of corpau is Cambridge Audio's ipod dock the iD10.

"... docking stations which guarantee to extract every last drop of performance from your iPod."

All at a very sensible $150 cost to the discerning apple ipod audiophile.

Nothing a $25 generic ipod docking station cannot do.

Posted by AuCorp at 6:58 AM No comments: 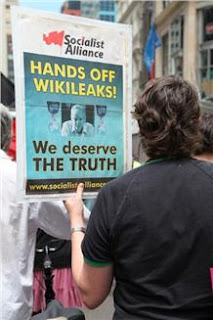 Three information security consultancies with links to US spy agencies cooked up a dirty tricks campaign late last year to destroy Wikileaks by exploiting its perceived weaknesses, reads a presentation released by the whistleblowers’ organisation that it claimed to be from the conspirators.

Around December 3, it was believed consultants at US defence contractors Palantir Technologies, Berico Technologies and HBGary proposed an alliance to lawyers for a desperate Bank of America to discredit the whistleblowers’ website using a divide and conquer approach.

The conspirators urged a disinformation war to “feed the fuel between feuding groups” that would include leaking fake documents to “call out the error”, creating “concern over the security of the infrastructure”, hacking Wikileaks to discover who the leakers were to “kill the project” and a media campaign to emphasise the “radical and reckless” nature of Wikileaks.

The Wikileaks Threat outlined in a report from The Tech Herald targeted individuals including journalist, constitutional lawyer and outspoken US Government critic Glenn Greenwald and the Tor Project's Jacob Appelbaum for special attention. It called for organisations to actively use social media to spy on potential leakers and highlighted the parlous state of Wikileaks' finances.

SC Magazine understood the document came into the hands of Wikileaks sympathisers Anonymous following a successful raid on HBGary, which saw its secrets recently scattered to the Twittersphere.

Since the plan was hatched, disgruntled volunteers mentioned in the PDF have broken away from Wikileaks and proposed alternative whistleblower sites (that are yet to be built), financial institutions have withdrawn services, Appelbaum has been harassed by US Government authorities and Amazon denied service to Wikileaks' website.

“Wikileaks is NOT in a healthy position right now. Their weakness [sic] are causing great stress in the organisation which can be capitalised on,” the conspirators wrote.

“McClelland has not ruled out the possibility of Australian authorities cancelling Assange's passport, and warned that he may face charges, should he return to Australia, due to the ‘potential number of criminal laws that could have been breached by the release of the [US diplomatic cables]',” the document read.

The presentation that read in equal measure battle plan and marketing proposal laid out the futility of what it proposed by admitting at the end that “traditional responses will fail”.

“In the new age of mass social media, the insider threat represents an ongoing and persistent threat even if Wikileaks is shut down.”

Posted by AuCorp at 6:39 AM No comments:

Fifty-three people on the NSW Central Coast could have been exposed to HIV and hepatitis after they received injections using the same needle.

The 53 patients and two staff have been advised to undergo testing for the serious diseases after they received blood tests at the Gosford clinic of PRP Diagnostic Imaging, the Daily Telegraph reported.

Instead the device, which contains several needles in a replaceable drum, needed to be switched manually.

The foul-up meant patients at the clinic used the same needle between November 28 and January 28.

A letter sent to the 53 patients advised them they should be tested for HIV and hepatitis.

"When I opened the letter I felt like I wanted to fall on the floor," an unnamed patient told the Telegraph.

"These are some of the sickest, most vulnerable patients whose immune system is already compromised and we have to be tested for HIV and hepatitis — and then wait for three months to do another test?"

"It was very regrettable and we are extremely distressed it happened," Dr Jones said.

Gross negligence. They should be sued and NOT allowed to operate.

In Australia, the law is set up in such a manner that you as an individual have NO rights to hold these people accountable for their actions / mistakes.

Posted by AuCorp at 9:35 PM No comments:

Sadly there is no one to blame for Justin Bieber

other than the kid himself after he slammed suggestions he was a manufactured product.

The Tween pin-up has long faced claims his career was the fantasy of record label executives looking to line their own pockets rather than the result of hard work and talent.

In an interview with U.S talk show host David Letterman, the Beeb promised his upcoming movie Never Say Never would silence the doubters.

"(The movie) is my story. Most people would think some people just put me together; some people just made me. Like I'm just some factory machine! But this movie proves that I really worked hard to get here and I just wanted to show that."

The star of every 13-year-old girl's eye also revealed the track-listing for his upcoming Never Say Never: The Remixes album…released Valentine's Day.

See comments made by CorpAu

Of course he is

We all know he is. This is just an integral part of the music industry. The joke is on the fools that spend the money on him. Ha ha ha !! 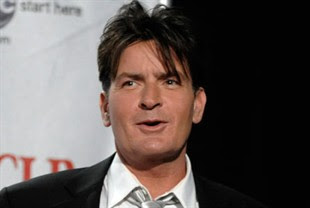 The Two and A Half Men star sent the messages after he began undergoing rehabilitation treatment at his home, TMZ reports.

The 45-year-old began undergoing rehabilitation at home a few days after the marathon party.

It was rumoured that Sheen suffered an overdose but his representatives said he was hospitalised due to pain from a hiatal hernia.

Kacey Jordan, 22, said Sheen had somebody deliver about $19,700 worth of cocaine to the house after everyone was drunk and proceeded to smoke it with a pipe.

Jordan said she left before the 911 call was made.

Sheen's publicist told News Ltd that the actor remains intent on returning to the show by the end of February.

If what the mass media is writing is the truth regarding Mr. Sheen, then there is a serious implications of his actions.

There are allegations that Mr. Sheen has partied with cocaine and prostitutes at his premises.

If this is correct then why is this widely known and publicised fact NOT addressed by the police and he is NOT incarcerated for using illicit drugs JUST like the rest of the population is when caught with drugs.

The authorities deliberately turn a blind eye on this.

Most employees would be sacked if they were costing the producers $250 million.

These people are the so called 'stars' that influence the daily lives of the masses, adding a totally unacceptable and sometimes illegal behaviour flaunting the fact they they cannot be touched.

This is the politics of the movers and shakers of the financial rulers of the untouchable Hollywood.

Posted by AuCorp at 1:10 PM No comments:

Toyota Camry Hybrid - NOT that economical 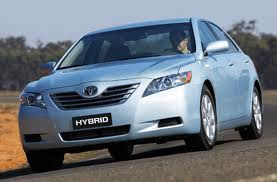 Governments and business are pushing the 'green power' alternative at every opportunity there is.

This post does not cover the benefits of such, but rather the economical affordability of the products and the so called reduction of pollutants into the atmosphere.

Toyota's Prius has been a running model since 2000, and only been in the market for a few years.

Recently Toyota's flagship model the Camry, as been given the hybrid makeover, BUT in the real world is it worth it? What is it's real fuel consumption.

In February of 2010 the hybrid Camry has been tested on Australia's roads, and returned a fuel consumption of 6 litres per 100 kilometres.

The average new 4 cylinder vehicle can manage a 6.7 litres per 100 kilometres travelled.

The base price for a hybrid Camry in Australia is at approx. AU$37,000.

The public are deliberately being misinformed by governments as to the realistic viability of 'going green'.

At the end of the day it is a very expensive exercise with minimal reductions, and rather a larger profit for manufacturers.