Leading up to the allegedly compulsory ( is it really compulsory at law? we say NO it's not) Australian census date of 9th of August 2016, the corporation conglomerate (read government) went on a propaganda binge (tv/radio commercial advertisement campaign).

You can almost smell a dirty rat emanating from the tv screen that almost makes you want to puke, when you see a 'govenment' ad telling you what to do.

With regards to the census, the Australian Government sends out a "thank you" for completing the 2016 census.

Why should you be 'thanked' if it is compulsory?

The Australian government also claims that "The census data is apparently used to shape Australia's future."

This is absolute bollocks.

There is literally no data that is needed from the census that can be used to "shape Australia's future".

The government already has all the data it needs from other departments, including but not limited to the taxation office, social security, and bank account information, residential records from the land titles office, births death and marriages, immigration department etc etc.


The Australian government claims that "your data is safe"

See official government advertisement, REMINDING you to fill in the census if you already have not at:


NOTE: We do not recommend any man/woman to fill in the census.

So now the herd populace of this country is subjected to AncestryDNA commercials, where your DNA will be stored in a (government?) database forever.

The BEST part about is that YOU have to pay to get your DNA logged into some (dodgy?) database.

Mind you this is not done by force (for now), but rather in an enticing package (see illustration below). 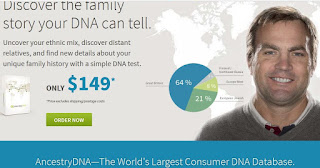 Will you be a muppet and pay $149 to have your DNA stored on some database that (probably/most likely) will be used against you at a future date?


The 2016 Census advertisment the Australian government should be aired on national television:

Royal Assent, The Queen - She has to sign laws

in order for a proposed law (Bill) to become an actual law, it must be signed off by the current reigning monarch, in this case Queen Elizabeth the Second, written into law (Acts) as "the Queen's Most Excellent Majesty". 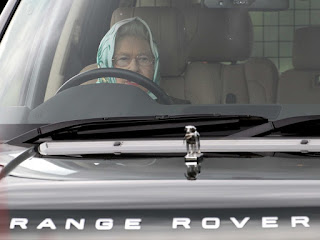 Reading the above line some people by this stage would be absolute outrage in saying that this is not the case in Australia.

So, currently in the British penal colony called Australia, there are some laws that say that a person that holds the title of Governor-General can give Royal Assent as a representative of the sovereign.

As always, anything to do with law in Australia, is actually a question of law.

So, does that person who holds the title of Governor-General actually hold it 'lawfully' (as opposed to legally)?

Please note also that in order for a law to be 'lawful' it must pass through BOTH houses of Parliament.

The current Governor-General of Australia is Peter Cosgrove, since 28 March 2014.

With reference to an article from Business Insider Australia from 20 May 2015 an excerpt has been taken out from the article of the following subheading:

The Queen’s consent is necessary to turn any bill into an actual law. Once a proposed law has passed both houses of Parliament, it makes its way to the Palace for approval, which is is called “Royal Assent.” The last British Monarch to refuse to provide Royal Assent was Queen Anne, back in 1708.


Royal Assent is different than “Queen’s consent,” in which the Queen must consent to any law being debated in Parliament which affects the Monarchy’s interests (such as reforming the prerogative or tax laws that might affect the Duchy of Cornwall, for example). Without consent, the bill cannot be debated in Parliament.

Queen’s consent is only exercised on the advice of ministers, but its existence provides the government with a tool for blocking debate on certain subjects if bills are tabled by backbench rebels or the opposition.

It has been exercised at least 39 times, according to documents released under the Freedom of Information act, including “one instance [in which] the Queen completely vetoed the Military Actions Against Iraq Bill in 1999, a private member’s bill that sought to transfer the power to authorise military strikes against Iraq from the monarch to parliament,” the Guardian reported in 2013.

How to easily spot an unlawful Act

The entire article can be read at: