Police say a man charged over one of Victoria's deadly bushfires must be allowed a fair trial.

The community can have faith in the justice system, they say.

The man, whose identity cannot be released, was arrested on Friday and charged with crimes including arson and possessing child pornography.

He is accused of lighting the Churchill fire, which killed 21 people.

Victoria Police Assistant Commissioner Stephen Fontana said he believed the man could get a fair trial and called on the public to allow the justice system to do its job.

"We have got to respect the system, our whole justice system is based on providing fairness to everyone that's charged ... because there is a presumption of innocence until proven guilty*," he said.

The man remains in custody and is due to appear before the Melbourne Magistrates' Court on Monday.

The latest figures released by the government show the number of homes destroyed in the state's bushfires has risen by three to 1,834, the death toll remains at 181 and has not changed since Tuesday.

The number of people displaced is 7,500, according to the Red Cross.

Emergency Services Commissioner Bruce Esplin urged people who wanted to help bushfire survivors to donate money rather than goods, as welfare organisations had been overwhelmed by donations of goods.

Meanwhile, emergency services have welcomed forecasts of milder weather for Victoria and say it will help their battle to contain several ongoing bushfires.

There are 4,500 firefighters battling 12 blazes in Victoria.

"The weather forecast for the next week that's been provided to us by the bureau is very encouraging for firefighters," CFA deputy chief officer Geoff Conway said.

"The conditions will remain not so much benign, but they're certainly quite mild."

He said these conditions would allow firefighters to continue consolidating control lines and backburning.

* - This is a FALSE statement. With respect to Family Law, the male is GUILTY and it MUST be PROVEN that he is innocent. 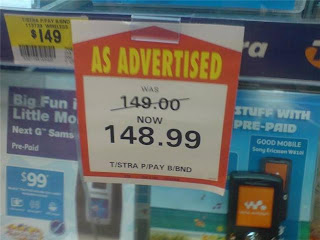 Posted by AuCorp at 3:09 PM No comments:

The recent tragedy that has hit Victoria was in the form of bush fires. Irrespective of the alleged allegations that they could have been started by a disturbed individual, one of the prime concerns at the moment is to REBUILD peoples lives.

Many businesses have pledged to donate $1,000,000 for aid towards the reconstruction of destroyed homes, and getting people back on track.

Companies in the spotlight for the wrong reasons, like David Jones have pledged to give $500,000 in David Jones vouchers. Since in the clothing industry, as common mark up figure of 500% is acknowledged, a further insult to injury is the DJ only will donate $100,000 of their REAL money.

Another lame effort by Telstra is that they are only offering initially $500,000.

Aaahhhh Sol, maybe you should have a good hard look at yourself in the mirror, and not on your outdated 3G mobile, that 3 introduced to Australia 2 years before you did.

Each company will own 50 per cent of the joint venture, VHA Pty Ltd.

VHA will market its products and services under the existing Vodafone brand, and retain the exclusive rights to the 3 brand, which is owned by Hutchison, during the transition period and thereafter.

Vodafone will receive a deferred payment of $500 million from VHA to equalise the value difference between the merging companies.

"This transaction will benefit customers in Australia as it creates a company with the necessary scale to compete strongly in the mobile market," Mr Colao said in a statement.

"This is an important step in the transformation of the Australian mobile industry."

Completion of the transaction is expected mid-year, subject to the approval of the Foreign Investment Review Board, clearance from the Australian Competition and Consumer Commission and the approval of Hutchison Telecommunications (Aust) shareholders.

Hutchison's board has unanimously recommended the transaction.

The merged entity will have approximately six million customers and a combined total revenue of approximately $4 billion for the year ended June 30, 2008.

VHA will have at least 95 per cent coverage of the population, 63 per cent of which will have access to 3G services, the companies said.

Earnings per share for both Vodafone and Hutchison Australia are expected to be enhanced by the deal, the companies said.

A spokeswoman for Hutchison Australia said the company would remain committed to its listing on the ASX.

VHA will be headed by current Hutchison Australia chief executive Nigel Dews, while Vodafone CEO Russell Hewitt will be a non-executive director.

Hutchison Australia is expected to hold an extraordinary general meeting in April to enable a shareholder vote on the merger.

The myth of competition is becoming a reality with acquisitions of this nature.
The petrol industry in Australia is a duopoly, and the banking sector is closing in as well.
The public transport system in Melbourne / Victoria is a MONOLPOLY.