FaceApp tells you it will cause you harm 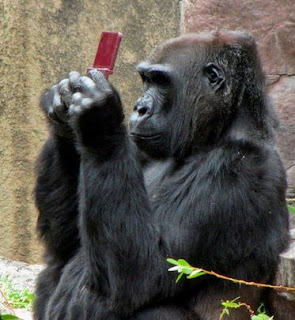 MANY humans and (rock) apes share similar traits, especially when it comes to mobile phones (and their apps), where they simply just don't get it.

On the physical side of things some humans have progressed, where they did learn that pressing a screen harder with their index finger 35 times will not achieve the desired result.

At another level, taking things at face value (pun intended) there is a LOT to be desired from these creatures.

They are enchanted or amused at a 'simple' (by computing standards) picture altering program, without looking past (i.e. reading the terms and conditions) this superficial function or distraction.

Governments are pushing biometrics on mobile devices for 'security' purposes, but their use (and those mobile devices) is anything but that.

The producers of FaceApp, a mobile phone program that transforms your face to a younger or older version are using this data to cause you harm, either instantaneously or at some point in the future, where the best part about it is that they 'own' your face (i.e. that data).

We do not recommend the use of FaceApp.

Everyone's seen them: friends posting pictures of themselves now, and years in the future.
Viral app FaceApp has been giving people the power to change their facial expressions, looks, and now age for several years. But at the same time, people have been giving FaceApp the power to use their pictures — and names — for any purpose it wishes, for as long as it desires. 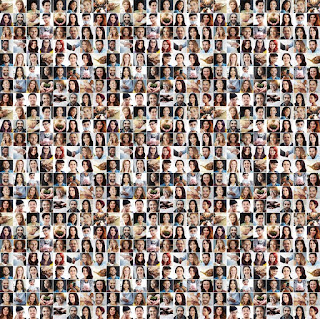 Composite image of a diverse group of people. Getty


And we thought we learned a lesson from Cambridge Analytica.

More than 100,000 million people have downloaded the app from Google Play. And FaceApp is now the top-ranked app on the iOS App Store in 121 countries, according to App Annie.

While according to FaceApp's terms of service people still own their own "user content" (read: face), the company owns a never-ending and irrevocable royalty-free license to do anything they want with it ... in front of whoever they wish:


You grant FaceApp a perpetual, irrevocable, nonexclusive, royalty-free, worldwide, fully-paid, transferable sub-licensable license to use, reproduce, modify, adapt, publish, translate, create derivative works from, distribute, publicly perform and display your User Content and any name, username or likeness provided in connection with your User Content in all media formats and channels now known or later developed, without compensation to you. When you post or otherwise share User Content on or through our Services, you understand that your User Content and any associated information (such as your [username], location or profile photo) will be visible to the public.


|That may not be dangerous and your likeness may stay on Amazon servers in America, as Forbes has determined, but they still own a license to do whatever they want with it. That doesn't mean the app's Russian parent company, Wireless Labs, will offer your face to the FSB, but it does have consequences, as PhoneArena's Peter Kostadinov says:


You might end up on a billboard somewhere in Moscow, but your face will most likely end up training some AI facial-recognition algorithm. Peter Kostadinov


Whether that matters to you or not is your decision.

Once something is uploaded to the cloud, you've lost control whether or not you've given away legal license to your content. That's one reason why privacy-sensitive Apple is doing most of its AI work on-device.

And it's a good reason to be wary when any app wants access and a license to your digital content and/or identity.


To make FaceApp actually work, you have to give it permissions to access your photos - ALL of them. But it also gains access to Siri and Search .... Oh, and it has access to refreshing in the background - so even when you are not using it, it is using you.

The app doesn't have to be doing anything nefarious today to make you cautious about giving it that much access to your most personal computing device.

Leaked data reveals how much a Chinese made phone costs 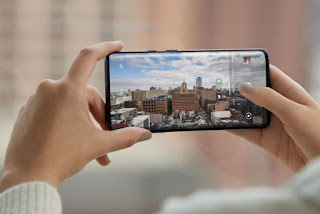 With pricing in a range between $669 and $749, one might think that OnePlus is only making a few bucks on each OnePlus 7 Pro that is rung up. The manufacturer's margins must be restaurant thin, right? Wrong. A leaked image posted on Weibo (via GizChina) allegedly reveals the cost of the materials used to build the 6GB/128GB version of the OnePlus 7 Pro. If the list is legit, the AMOLED panel purchased from Samsung is the most expensive part of the device, costing OnePlus slightly over $80 for each screen. The rear-facing triple camera setup (48MP primary + 8MP telephoto with 3x optical zoom + 16MP Ultra-wide) costs OnePlus $27.29 for each unit. The 6GB LPDDR4X RAM chip is priced at $26 while another $20 secures the 128GB storage component. The Snapdragon 855 Mobile Platform isn't cheap either. In fact, after the display, it is the most expensive part of the phone at $70 a pop.
|

The cost of the parts required to build the 6GB variant of the OnePlus 7 Pro add up to $324.21. Of course, that doesn't include the money spent on R&D, the labor needed to assemble the parts, packaging, shipping, marketing and all of the other expenses required to build and sell a phone these days. This particular model retails for $669 which still leaves enough room for OnePlus to turn a healthy profit on each unit sold.

Comparing the cost of the OnePlus 7 Pro's parts to the parts used on the Apple iPhone XS Max shows some similarities. The 6.5-inch OLED display on the iPhone is priced at approximately $80. Apple pays $72 for the A12 Bionic SoC compared to the $70 OnePlus shells out for the latest Snapdragon chipset for its phone. But there are some discrepancies too. The cameras on the iPhone cost $44, nearly $17 more than what they cost for the OnePlus 7 Pro. Overall, parts and components for the 256GB iPhone XS Max total $443 compared to its retail price of $1,249. Apple obviously enjoys a wider profit margin than OnePlus. 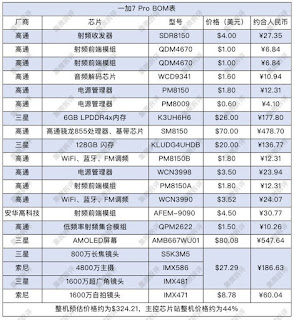 Now compare Apple and OnePlus to what Xiaomi is trying to accomplish. Known for its "value for money" business policy, the company aims to keep its net profit margins at no higher than 5% on any given handset. Company founder Lei Jun said last year that if a particular phone produces greater than a 5% profit margin, Xiaomi will find other ways to compensate its customers. Back in 2015, former Googler and ex-Xiaomi CEO Hugo Barra explained how the company keeps its margins so low. First, it prices its devices at cost but gives it a long shelf life. This way, as component prices drop over the life of the device, Xiaomi can cut prices and still turn a profit. Barra said that over the 18 to 24-month life of a Xiaomi phone, the product might see its price cut three or four times.


NOTE: In Australia, at the time of this post the 265GB version of the iPhone XS Max, is sold for $2049 from the popular retailer JB Hi-Fi. 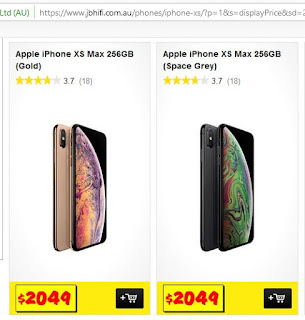 The world is made for corporations where the serfs are nothing more nothing less than corporate fodder.

The Australian Government (as opposed to the 'Commonwealth of Australia') figured a great way to make more money from its slaves, by corporatising 'everything'.

From the people's (i.e. Commonwealth) assets the likes of the Postmaster-General's Department, utilities, 'local government' to jobs that have been privatised within those government departments a new era of slavery dawned upon workers in Australia under the fashionable name of 'contractors'.

A great benefit to any (Australian) government department or business is something called liability, where they denounce any or all of it with regards to the 'contractors' carrying out the tasks seconded to them.

As we should know in this modern day and age, there are big bucks in advertising especially when the service is online.

In the 'old school' way bill boards, pamphlets and advertising material on moving vehicles is the norm.

Harvey Norman uses contractors for its delivery services, where fierce competition drives the costs (for H.N) down, especially when cheap imported (slave) labour is thrown into the mix.

Being the entrepreneurs (oops sorry, scumbags) they are Harvey Norman, wants their independent contractors to advertise the Harvey Norman brand on their trucks for free, that's right for nothing for no exchange of cash or numbers into a bank account.

Since these 'contractors' have set up business names in order to make a living, pay the bills and feed their families, they may advertise their business name on their own (or financed) trucks, but Mr. Gerry Harvey requires them to have his 'brand' advertised exclusively with no 'compensation' for this action, if not they just might not get any Harvey Norman jobs.

No law put in place to stop this kind of corporate bullying?

But they'll put in a law that punishes drivers for 1km/h over the speed limit, as the excuse is that it may save lives, but in reality they know it does not.

Thankfully this is a 'lucky country', as it sure is NOT a clever one.

Posted by AuCorp at 6:46 AM No comments: