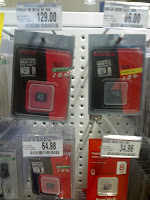 That is a premium of approximately 50% over the SD format to the detriment of the general public.

Sony accessories are OVERPRICED and do NOT represent value for money to the consumer.

Ultimately the prices of memory are subject to anti-competitive behaviour.

Posted by AuCorp at 6:45 PM No comments: 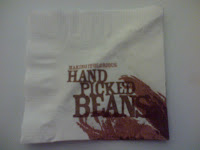 A recent advertisement of Gloria Jeans promotes its beans as 'Glorious' by being 'Hand Picked'.

The reality of the situation is a little different, and FAR FROM GLORIOUS.

The so called 'Hand Picked Beans' are picked by black slaves in Africa, who are paid 50 cents per day.

The exploitation of black slaves on the farms is supported by both businesses AND governments alike and is further compounded by 'globalisation' supported by the financiers of the world.

Posted by AuCorp at 4:43 PM No comments: 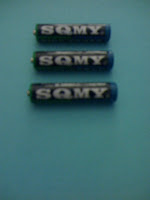 Not that this is any type of multi billion dollar investment or banking fraud, BUT none the less it is still a consumer rip off.

The Chinese Battery manufacturer : YIWU JIN LING BATTERY CO. LTD has named their product auspiciously similar to another to that of another well known electronics manufacturer.

At the end of the day politics has a lot to do with it, as there is NO attempt made to stop this kind of activity.

If an individual imports 'named' brand glasses, hand bags, and they are caught at the border (customs) the are convicted, YET companies that have a similar practice go unnoticed.

Posted by AuCorp at 2:12 PM No comments: 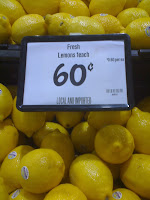 In the mass media recently, supermarkets have self styled current price comparisons to the ones of yesteryear to be cheaper.

The mass media has gone on the bandwagon to 'promote' that the consumer is better off now than before with respect to the purchase of groceries.

Over the past few years, essential goods have gone up steadily at the cost of approximately 20-30% per year.

By NO means lemons are a price index indicator, BUT in this illustration, the price is 60 cents each (at a well known supermarket) compared to 25 cents a couple of years ago at the same supermarket.

There are only two major supermarket retailers in Australia, who's primary objective is to destroy ANY competition.

No water for Adelaide 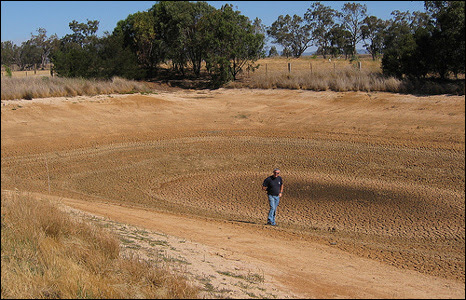 The mass media has reported that there is not going to be enough water for the population of Adelaide in the summer of 2010.

As a result the drinking water will have to be bought in bottles.

Australia has been in a 'drought' in on form or another during most of its modern inhabited human life. Every decade in the most populated cities there has been some sort of drought for a couple of years.

During this time NOTHING has been done to alleviate the growing need for water for the growing population.

Whilst water was in the 'governments hands' it was ILLEGAL to set up water tanks, as this would detract profits for the government.

Once water has been privatised, 'businesses' selling water and tanks have flourished.

The government STILL has NOT implemented any structure for water production.

The family of an elderly couple killed when a speeding truck driver crashed his "45-tonne missile" into their car say the justice system has failed them.

Terrence and Moira Codling had just returned from celebrating their 70th birthdays in October 2007 when the truck, travelling nearly 40km/h too fast, tipped, crossed onto their side of the road and crushed their car at Toolern Vale, northwest of Melbourne.

Truck driver Michael Matthew Aparo was sentenced to a minimum of three years' jail in the Victorian County Court on Tuesday.

The sentence was greeted with gasps and shakes of the head by members of the Codling family.

Outside court, the Codlings' son Paul expressed disbelief at the sentence.

"To take two lives and he has got three years to serve, to us it just seems absolutely ludicrous," he said.

"He wilfully drove that truck like an idiot and took the lives of our parents who were absolutely beautiful people, never did wrong by anybody.

"He has just robbed us and our children and all their friends of two beautiful people and I just can't believe the judge can sit there and give that sort of sentence."

Sentencing Aparo, 24, of Glenroy, to a maximum of six years' jail, judge Stuart Campbell said he realised his sentence would not please either the Codlings or the family of Aparo.

He described the truck as a "45-tonne missile" and said its trailer could not cope with the speed it was travelling.

The court heard the trailer, laden with sand, had swerved onto the wrong side of the road, narrowly missing another car as it travelled down a hill and around a sweeping bend.

"You will have to live your life with the knowledge you, by your actions, or inactions caused the death of two loved people," Judge Campbell said.

The court heard another motorist was injured when her car hit the crashed trailer.

A fourth man had to swerve off the road to avoid being struck by the trailer.

Mr Codling said his parents, from Clifton Springs near Geelong, had been together since they were 17, and were to celebrate their 50th wedding anniversary a few months after the crash.

He said on the day of the crash the couple were visiting his house on the way home from celebrating their birthdays in the Yarra Valley.

"They would be the first people to tell him they forgive (Aparo)," Mr Codling said.

"We won't. What we have lost, there is no way we could ever forgive him for what he has done to our family".

What else do you expect from a Convict - Anglo-Masonic Legal System.

Australia the Lucky Country - Where you can kill someone, and do minimum jail time.