It's nearly mid June and this is an example of the appalling state the IT&T industry is in:

It is apparently big news that you're getting a secutirty update two and a half months later.

Like maybe you do not deserve it, but rather you should be thankful that they decided to leave you vulnerable for those two and a half months, after you gave them your hard earned cash for 'their' software or use of hardware/ telco services.

An absolute pathetic approach to the 'consumer'.

Posted by AuCorp at 1:32 PM No comments: 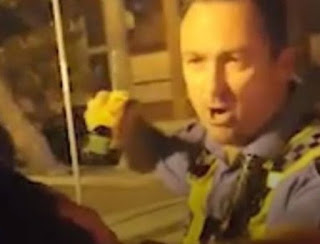 A great judgement letting him out so he can assault more seated (vulnerable) travellers.

Would he be so tough if the driver was in a less precarious position and the cop did not have a taser?

Australia, your Police State in action!

See article from 10 Jun 2019 by the Australian Broadcasting Corporation at: 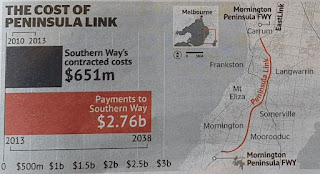 Australia's governments (federal and state) are hives for 'money for mates' deals which are done in secret in order to rip off the taxpaying mums and dads and other hard working Australians that are targeted by the tax office to make up the 'deficit' the people in government created, while corporations and multinationals get away without contributing to society.

This is an example of everything that is wrong* with government.

* wrong = an incorrect opinion by the uneducated masses, where in reality everything is going according to plan by those in government, where those actions may be detrimental to the general population. 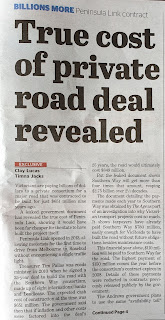 Posted by AuCorp at 1:45 PM No comments: