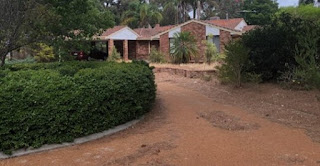 (Image: Ron Rowton's house in High Wycombe)
Ron Rowton, a 93-year-old man from High Wycombe, is a prisoner in his own home.
He has been left in limbo by a stupid council acquisition that’s rendered him powerless and his property worthless.

Mr Rowton has dementia, and receives in-home care after suffering a stroke. He's decided to give up his spacious, one-hectare home to downsize, but he can't. He's trapped, as his house is worth zero dollars after it was designated public open space by the City of Kalamunda.

His home was acquired as part of the Forrestfield North Residential Redevelopment as a result of the Airport Link project, but here’s the kicker – the council can choose when it cashes in and seizes the home.


So right now Mr Rowton is stuck with his block.

And it seems Kalamunda has no plans to take over the home in the near future.

Council is yet to finish the developer contribution plan which still needs to go to public consultation before being presented to the state government.

In other words it is filibustering.

The policy is inhumane and no one will intervene to simply help the pensioner live out his life in comfort.

To make matters worse this battle has been ongoing for 12 years.

How hard would it be for the City of Kalamunda to have a little heart and show some compassion to the 93-year-old?

The council points the finger at the state government planning processes saying these developments take time with public consultation not expected to be sought until mid year, even though Planning Minister Rita Saffitoti has requested the council buy up Mr Rowton’s property now on compassionate grounds to enable him to move.

In a statement, the council refused to directly address Mr Rowton’s situation but Mayor John Giardina said, “Landowners want certainty on the future – and we understand that. Unfortunately, planning for such projects takes time".


But instead of having the power to seize a home and on a council’s terms about when it can acquire that home, the law must change and should simply return the power to the homeowner so that once a decision has been made to acquire the property, then he or she can sell their property then and there for an agreed market value or at a time of their choosing and let the market dictate the value of the home.

There are more than 40 other homeowners tangled in this development web whose homes have been deemed worthless.

That amounts to torture.

How a man who has paid his taxes and paid off his home can’t choose to downsize is inexcusable.

You’d think at 93 you could be treated with just a shred of dignity.

Mr Rowton’s family tell me this state of flux is killing their father.

Let’s hope someone comes to their senses and has a heart.

Kalamunda mayor and council are a pack of bastards! I hope there is a severe backlash to them. Councils technically have no right to exist, under the Australian Constitution of 1901. Our true and only legal Constitution !

At least he won't have to pay rates .As they calculated on the value of the property .