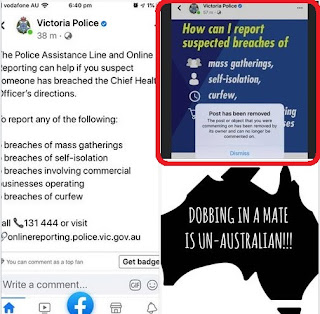 Record all of your interactions with police, hidden or in plain sight!

What the peasants get accused of, the police get away with.

More often than not the police deceive the court, falsify or tamper with evidence or act illegally with regards to the accused (i.e. a member of the serf population).

MANY people are of the ill-conceived idea that in this colony, they live in a ‘democracy’ or even have something called ‘free’ speech.

People may be aware that recently the police have been door knocking for a ‘fishing’ expedition with regards to the person (allegedly) posting on social media, their opinions, mainly with regards to gatherings or protests.

It is irrelevant what the police consider inciting or even illegal, where all they are doing is getting that person to incriminate themselves.

If the police come knocking on your door with regards to an alleged post in your name or another person’s name, on social media, you are under zero obligation at law to answer ANY of their questions, where your response should be for them to leave or answered with a ‘no comment’.

If they are hand delivering a so called alleged infringement notice, you should feel very special, where you 'deal' with it, i.e. take the matter to court.

Victoria Police posted an ‘inciting’ post on social media, where they later removed it. 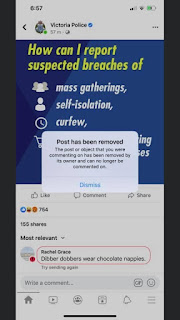 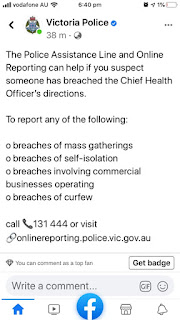 Were you taught this in school?: 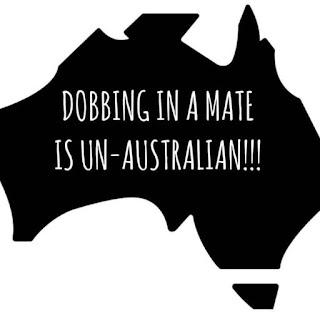