Mike and Molly - Another LOSER show for Oz 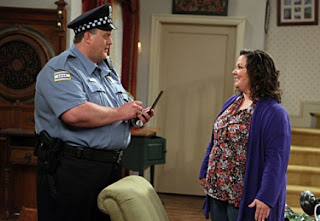 Straight from the sewer pit of Hollywood, comes another trash 'comedy' series that Australians are forced to digest.

This time in the form of a morbidly obese couple, cracking fat jokes, that are supposedly funny.

These so called 'jokes' make it from pop 'culture' into the everyday lives of the masses (heard).


The problem with this is that these jokes are teaching the masses that it is o.k. to degrade people because of their physical appearance.

That is the society disassembling trash that the Hollywood Financiers are feeding the peasants.

A US man who could face up to five years in prison for reading his wife's emails has labelled his arrest as "insane" and "outrageous".

Michigan computer technician Leon Walker was charged with felony misuse of a computer after he used her password to log on to his wife's email account.

Walker, 33, suspected she was having an affair — and he turned out to be right.

"It's outrageous, it's insane," Walker told American TV network ABC of the charges.

"I definitely feel it was okay to confirm (the affair) by reading her email in our home."

The couple is now divorced.

Walker's lawyer has labelled the charges an overzealous use of an anti-hacking law designed to protect trade secrets and credit card information.

He will face trial on February 7.

Would have been better for him, if it were under Islamic Law... 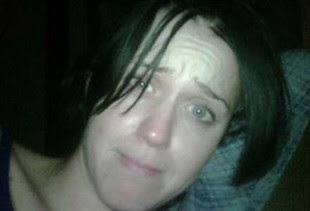 British comedian Russell Brand has posted online an unflattering photo of his wife Katy Perry without any make-up.

Brand, 35, posted the photo of the 26-year-old pop singer on his Twitter page, which has a following of 1.7million users, The Sun newspaper reports.

Perry seems to have been caught unawares in the photo — some suggest Brand snapped the I Kissed A Girl singer as she was waking up from sleep — and she looks decidedly displeased.

The photo was quickly removed from Brand's account, presumably at the request of Perry.

The photo is considered something of a rarity because whenever Perry appears in the public eye she is usually well-groomed with full-make-up and is renowned for eye-catching outfits that show off her figure.

The Sun notes that Katy's recent hit Teenage Dream opens with the lyrics: "You think I'm pretty without any make-up on" — a song she penned after meeting Brand.

The couple started dating in September 2009 and tied the knot in a Hindu ceremony in India on October 2010.

What better way to keep the masses amused with nothing more or nothing less than pure bubble-gum pop entertainment trash princess - KATY PERRY.

REALLY WHO GIVES A FLYING F ? 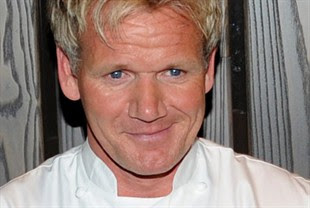 British celebrity chef Gordon Ramsay was doused in petrol and held at gunpoint during a trip to Costa Rica.

The 44-year-old travelled to Costa Rica to investigate the illegal trade in shark fins as part of a new TV series, the UK Telegraph reports.

Ramsay said he uncovered a stockpile of thousands of shark fins on a rooftop one day after managing to "shake off" people who were trying to keep him and the camera crew away.

"When I got back downstairs they tipped a barrel of petrol over me," Ramsay said.

"Then these cars with blacked out windows suddenly appeared from nowhere trying to block us in. We dived into (our) car and peeled off."

Later on in the trip, Ramsay and the crew managed to get onto a fishing boat which was involved in shark fin trading.

Ramsay said he dived off the boat into the water and swam underneath where he discovered a huge sack full of shark fins.

He said he threw the bag onto the boat deck and everyone began screaming and shouting.

"Back at the wharf, there were people pointing rifles at us to stop us filming," he said.

Local police then came and advised Ramsay and his crew to leave the country.

Ramsay described the multibillion dollar illegal shark fin industry as "completely unregulated", with some of the biggest culprits residing in Costa Rica.

Ramsay is known for hosting TV programs such as Hell's Kitchen, The F Word and Ramsay's Kitchen Nightmares. He also owns a string of restaurants in the UK.

So now that this crime has been reported by Gordon Ramsey,

this illegal multi billion dollar industry can be shut down by the governments concerned. 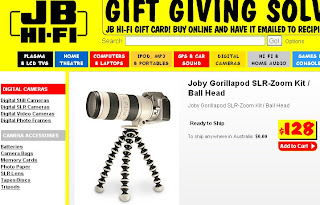 Another item on list of great consumer rip offs is the Joby Gorillapod for sale at JB Hi-Fi.

At the time of writing, the large camera tripod has a recommended retail price of: 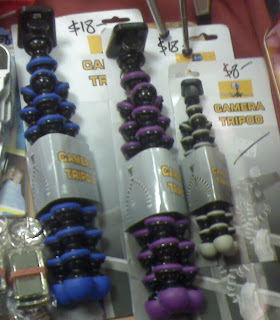 
and A$8 for the smaller size.

Multinationals or large businesses are gouging the public for their products.

When competition sets in they 'cry' foul as they cannot make hundred's of percent markup.

The 'retail' price difference of the two pictured products is over 700% markup.

A substantial profit margin for JB Hi-Fi, given that BOTH are manufactured in China.

Their excuse is that it changes hands through various importers, BUT the reality is that the companies set up 'self' companies to DILUTE the profits.

Posted by AuCorp at 9:56 PM No comments:


TO big retailers, he is the devil in a hoodie - a fast-talking, in-your-face TV salesman whose online expansion is pinching their customers.

Harvey Norman boss Gerry Harvey has gone so far as to call him a con, reported The Australian.

Yet the way Ruslan Kogan sees the fast emerging world of online retail - and the fierce campaign against it by the likes of Mr Harvey and Myers boss Bernie Brookes - it is the big stores who are having a lend of consumers.

At 28, Melbourne-born Mr Kogan has gone from working out of his mum's garage to rubbing well-tailored shoulders with other entrepreneurs on the BRW rich list . . . all in the space of five years and all from selling self-named televisions and electronic consumer goods online.

He says his success and the success of other e-retailers is now being used as a scapegoat by traditional, bricks and mortar businesses trying to divert attention from their own poor performance. "There is a deliberate ploy to confuse the public," Mr Kogan said yesterday before boarding a flight to Las Vegas.

"They have a plan to make people hold on to shares in failing businesses for as long as possible, and they are looking for a scapegoat. It is always disgusting when you have got businessmen trying to lobby for increased taxes and regulation to stay competitive rather than to innovate."

Mr Kogan says rather than calling for more tax or stiffer regulations, the big retailers should be looking at the inefficiencies within their own businesses - from the huge amounts they pay on rent and staff to cumbersome supply chains.

He said the internet had made consumers far more savvy.

"Now you have the same guy who sells you a toaster trying to sell you an LED and claiming to be an expert in both. People are becoming way too smart for that."

Major retailers can NEVER say anything else except derogatory remarks against Mr. Kogan, as he is detracting MEGA profits from them.

are just a few examples named.

For too long the retailers have been profiteering from the general populous. In many instances there has been NO choice except to purchase goods from ONE place.

In the good ol' U.S. of A there can not be a monopoly for that very reason, of detriment to the consumer.

With internet purchasing well established, people are now given the option to find better deals on items.

It is a well known fact within the clothes industry in Australia, that profit margins are between 300 - 500%.

Some examples posted on corpau:

are only a DROP in the ocean of how the multinationals are ripping off the consumers.

MERRY NEW YEAR TO ALL THE CORPORATE RIP OFF SCUM :-)

Posted by AuCorp at 1:08 PM No comments:

The bells weren't ringing for many iPhone users this New Year's weekend, when thanks to a glitch the alarms on Apple's iconic mobile phones failed to go off, causing many to oversleep.

It was the second time in just a few months that the alarm function on the phone failed to activate correctly, prompting an avalanche of complaints on the social networking micro-blog Twitter.

"Dear iPhone, why didn't your alarm go off this morning? I set six of them. I've now missed church. Thanks for nothing," said one user Sunday morning.

"Some sort of digital iPhone pandemic is going on. Alarm clock failure reports are pouring in from all sources around the globe," said another Twitter user.

Apple said in a message sent to Macworld magazine that the California-based company was aware of the problem. "We're aware of an issue related to non-repeating alarms set for January 1 or 2," spokeswoman Natalie Harrison said.

"Customers can set recurring alarms for those dates and all alarms will work properly beginning January 3."

The problem seemed to be affecting Apple's most recent versions of iPhones and iPods launched in November, but website Engadget suggested that it may also have hit earlier versions.

The problem first occured when the clocks went back at the end of October and early November when Australian and British iPhone owners complained of being late for work because their alarms had not switched over to the new time.

Apple did not immediately respond to a query from AFP.