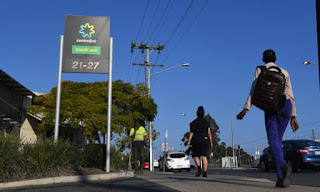 Many people would be aware that Australia's welfare allocation business called Centrelink can be dodgy at times, where those times would be from 8:30 am to 4:30pm, but let's take a look at how some people are defrauding us (hard working tax payers, no not taxpaying multinationals, silly) of Centrelink's allocated funds.

Some may recall that a previous government spokesperson stated that they stopped the 'boat people', which they may or may not have, where in reality the influx we see today has been transferred to 'plane people'.

These people come into the country under the false label as refugees or students, where their actions are geared towards fraud against the Australian people.

How do they do it?

To start off with, they receive cash upfront from the government, as well as their fortnightly benefit.

They can also be supplementing their welfare benefits with cash work, not excluding or limited to the passenger transportation or hospitality industries.

People should be aware that welfare benefits are only for the registered recipient for that person's 'survival' in this country and not as cash to be sent overseas.

Unfortunately this fraud has been happening for quite some time and the government has been aware of it, but has chosen not to do anything about it.

Don't forget when the ATO accuses you of an allegedly owed tax, they'll just take those numbers from your account.

How many Centrelink's 'robo-debt' notices were sent out to those fraudsters ?

Posted by AuCorp at 7:06 PM No comments: 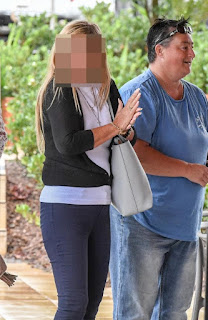 Children’s advocate Allanna Smith (above, right) with the birth grandmother of William Tyrrell at an inquest hearing in March this year. Picture: Peter Rae.Source:News Corp Australia

"Missing boy William Tyrrell’s doomed life" is the current headline of the article by news.com.au, but they should have added "in the hands of the government".

One of the most crucial elements with regards to the legality of any action is a minor detail called consent, which corporations are all too aware of, and the (Australian) government brushes aside or 'forgets' in many instances.

The Australian Government tried to cover up adoption "plans without consent or knowledge..." with regards to the disappearance of William Tyrell.

They also tried to cover up that he was a 'handpicked' ward of the state.

Some wards of the state fall into the hands of known abusers.

Well the matter just got a lot messier for the government, as these facts the government tried to conceal have been exposed by a whistleblower, Allanna Smith.

By now you would have figured out that the government is liable for William Tyrrell's disappearance.

Posted by AuCorp at 8:33 AM No comments:

Australia's 1.1million children living in poverty is a deliberate failure of government 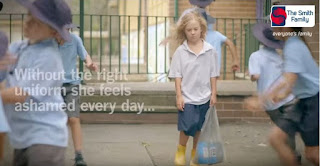 Currently on the Australian television air waves a message is sent out to the general population to commit to a business transaction to donate their cash to a charity because there are 1.1 million children in Australia living in poverty.

But we already gave at the 'office', in the form of taxes.

Is it the people's fault that the lawmakers or people in government did not distribute our cash to those in need?

Is it the people's fault that the people in government choose not to allocate enough tax payers cash into healthcare or infrastructure?

Maybe we should also donate (their corporate promissory notes, commonly referred to as cash) to the poor breeders in government who give themselves $200k+ salaries which they claim they cannot afford to live off, meanwhile stating that the 'dole' is enough to live off and they can do it.

It is our job to give to Australia's 1.1 million children in poverty and we did, but those in the 'Australian Government' allocated these funds to themselves, and created jobs for mates and family members (now now don't go running off with that last remark as the sole reason, for it was just an example).

Posted by AuCorp at 6:38 AM No comments: