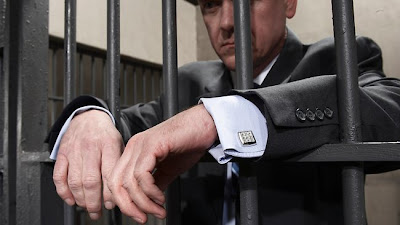 The ATO is aiming to charge tax on wealth that can't be explained by people's legal income, The Advertiser reported.

But the potential for misuse of the power has been questioned by Attorney-General John Rau, who said it could only be applied on a case-by-case basis.

The ATO currently gives information to police about the tax records of suspected criminals to help bring them to justice but says the exchange should be a two-way process.

"Enabling the ATO to receive and use (police) intercept information for the purposes of raising taxation assessment would enhance the Commonwealth's ability to address unexplained wealth associated with organised crime," it has proposed to a federal parliamentary inquiry.

The inquiry is working out why a 2009 law that would allow unexplained wealth to be confiscated from suspected criminals has failed to bring any cases before the courts despite law enforcement agencies lobbying for the powers for years.

Attorney-General John Rau said there was merit in the ATO sharing police information but warned the power would have to be used cautiously.

"In general terms, data sharing between agencies can be beneficial. However, the particular circumstances of each proposal need to be examined because the devil is always in the detail," he said.

South Australian Senator Nick Xenophon, one of the first to propose legislation to confiscate wealth that cannot be explained by legal earning, cautiously welcomed the idea.

Senator Xenophon said authorities should explain why the laws appeared not to be working.

"We need to have the necessary powers to catch the bad guys without impinging on the rights of the good guys," Senator Xenophon said.

The effectiveness of the legislation has been criticised during the inquiry by many federal and state law enforcement bodies.

Police Commissioner Mal Hyde has told the inquiry the effectiveness of the wealth confiscation laws could be improved by better information sharing between state and Commonwealth agencies.

"The effectiveness of identifying unexplained wealth targets across jurisdictions to counter serious and organised crime will probably be limited unless clear mechanisms are developed and implemented to facilitate appropriate information exchange," he said.

Another law being passed through parliament, that is in support of the crime syndicates.

Instead of the law / police confiscating the proceeds of crime, one the monies are taxed, they become legitimate earnings.

Just another law that is in support of the Australia's richest drug cartel families.

The drug industry in Australia is worth an approximate $1,200 million per month.

Many corrupt judges sit in cases which are dismissed in favour of the "Mr. Bigs" of the Australian criminal underworld, but are untouchable if ever bought to justice.

Posted by AuCorp at 1:08 AM No comments: