Some people may think that when they are purchasing a 'luxury' phone from a 'brand' name they are getting the best.

The reality is that the 'luxury' brand is getting a cheap phone and putting their name on it, with some of their own coverings.

Looks like it's one company hiding another company manufactured product.


Lamborghini Mobile has launched the Alpha-One Android smartphone for $2450. It will be available at Harrod's in the UK and multiple retailers in the UAE. It is also available on the company's website. 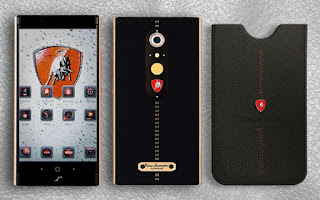 The Alpha-One is a reasonably straightforward high-end Android smartphone, with a 5.5-inch QHD AMOLED display and a 20 megapixel camera. Powering it is the Snapdragon 820 processor with 4GB of RAM and 64GB of expandable storage. It even has a set of stereo speakers as well as a dedicated DAC and AMP, along with Dolby Atmos audio. The phone runs on a 3,250mAh battery with Quick Charge 3.0, although a charger is not provided with the phone. Lastly, it comes with Android 7.0 Nougat.

For all intents and purposes, the Alpha-One is a rebranded Axon 7 with the same specifications and same overall structure, just in a different set of materials. Except that the ZTE phone costs $400 and comes with a charger.

Victoria Police have been trained that the law that applies to the herd population does not apply to them or the 'administration'.

This is the result of their training;

Google has been recording you without your knowledge

How Google is secretly recording you through your mobile, monitoring millions of conversations

GOOGLE has turned your phone into a listening device. If you know where to look, you can see what it has on you.

If you run Android software on your smartphone, Google may have been recording you every day without you knowing. Picture: Getty.

DID you know that Google has been recording you without your knowledge?

The technology giant has effectively turned millions of its users’ smartphones into listening devices that can capture intimate conversations — even when they aren’t in the room.

If you own an Android phone, it’s likely that you’ve used Google’s Assistant, which is similar to Apple’s Siri.

Google says it only turns on and begins recording when you utter the words “OK Google”.

But a Sun investigation has found that the virtual assistant is a little hard of hearing, reports The Sun.
In some cases, just saying “OK” in conversation prompted it to switch on your phone and record around 20 seconds of audio. 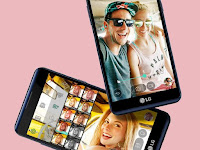 If you run Android softwar on your smartphone, Google may have been recording you every day without you knowing. Picture: Supplied.Source:Supplied

It regularly switches on the microphone as you go about your day-to-day activities, none the wiser.

Once Google is done recording, it uploads the audio files to its computer servers — often dubbed “the cloud”.

These files are accessible from absolutely anywhere in the world — as long as you have an internet connection.

That means any device that is signed into your personal Gmail or Google account can access the library of your deepest, darkest secrets.

So if you’re on a laptop right now and signed into Gmail — you could have a listen. 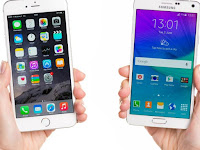 Apple also keeps your Siri voice recordnigns, but it says it anonymises it after 18 months. Picture: istock.Source:istock

Recordings last around 10-20 seconds on average, and a text version of the conversation is saved.

The Silicon Valley giant states on its terms and conditions that it keeps these recordings for “improving speech recognition against all Google products that use your voice”.

A spokesman told The Sun: “We only process voice searches after the phone believes the hot word ‘OK Google’ is detected. Audio snippets are used by Google to improve the quality of speech recognition across Search.”

Mundane voice recordings from the general public will help its artificial intelligence that runs Google Home, by teaching it how humans naturally communicate.

In simple terms: it’s a free language class for its software.

But Google is, first and foremost, an advertising company and its largest product is a targeted advert service, which it sells to the biggest brands in the world. 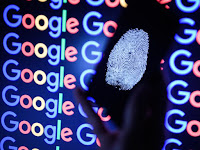 Google now makes hundreds of products used by billions of people across the globe, from YouTube and Android to Smartbox and Google Search. Picture: Getty.Source:Getty Images

Billions of annual web searches, location and email data allow it to target the population with specialised marketing — and there is no reason why it couldn’t do the same with your voice data, too.

Unlike Apple, who does not publicise any of the voice data it stores through Siri, Google is pretty transparent — giving you full access to your audio.

First, you’ll need to be signed into your Gmail or Google account.

Once you’ve done that, type “history.google.com/history” into your web browser.

You’ll be taken to a hub which contains your entire digital footprint, so be careful, it could make for some grim reading. 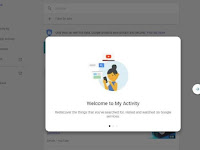 Visit history.google.com/history to find a hub that is pretty much a tell-all about your digital life. Picture: Google.Source:Supplied

This includes Maps searches and YouTube videos you’ve watched.
Under the tab Voice and Audio Activity, you’ll find a list of recordings in chronological order.

Before you start listening, you might want to plug your headphones in.

You’ll have to listen to the cringe-worthy sounds of you buying a pack of fags in the newsagent or making small talk at the bus stop.

But there might also be all lots of salacious gossip that you wouldn’t want anybody else to hear.
You’ll be shocked to hear what it’s picked up, however. 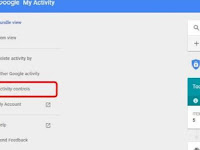 You can check for your web activity by clicking here. Picture: Google.Source:Supplied

The Sun Online discovered recordings from when the phone’s owner was not in the room — and even revealed a romantic interlude between two mystery colleagues.

It is possible to stop Google from storing so much info in the future.

Go back to “Activity controls” and under “Web & App activity” you should see a blue toggle.

You can switch this off, but be warned. Officially you have merely “paused” the recordings — so keep checking back on a regular basis to ensure that the terms and conditions don’t change in the future and you aren’t auto-enrolled when a new Android update comes along. 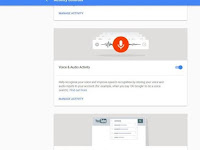 The tech giant also stores your voice recordings to improve its Siri assistant — but you aren’t able to access them.

Apple says that the recordings are anonymised after 18 months, so nobody would be able to figure out who is speaking. 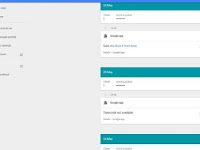 Source: news.com.au
Posted by AuCorp at 3:48 PM No comments:

Looks like this is a fair dinkum "Nigerian Scammer",
scamming from the Australian Tax payers for a life / job she is not lawfully entitled to.

But don't worry they are 'protected' from criminal prosecution.

Posted by AuCorp at 4:54 PM No comments:

Is Shiva Ayyadurai conning the world that he invented Email as a 14 year old?


Apparently there is a bit of a law suit going on, to the tune of 15 million US dollars, by a V.A Shiva Ayyadurai that he invented Email in 1978 as a 14 year old.

When we delve in a bit deeper, we are told that Ray Tomlinson (an ARPANET contractor) was credited with inventing email (with the use of the "@" symbol) in 1972.

Remember the "good ol' days" of ARPANET in Australia?

We do, and most certainly Ayyadurai was NOT credited as the inventor of eMail.

Sounds like a claim with no grounds or a vendetta against free speech, by putting individuals out of business for reporting the truth?

While you're at it;

Crank out a bit of jury,

and don't forget the executioner. 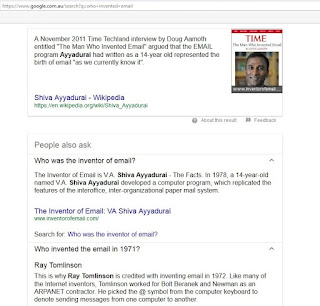 Read more in an article Jan 2017 by techdirt.com of the headline:

As you may have heard, last week we were sued for $15 million by Shiva Ayyadurai, who claims to have invented email. We have written, at great length, about his claims and our opinion — backed up by detailed and thorough evidence — that email existed long before Ayyadurai created any software. We believe the legal claims in the lawsuit are meritless, and we intend to fight them and to win.

There is a larger point here. Defamation claims like this can force independent media companies to capitulate and shut down due to mounting legal costs. Ayyadurai's attorney, Charles Harder, has already shown that this model can lead to exactly that result. His efforts helped put a much larger and much more well-resourced company than Techdirt completely out of business.

So, in our view, this is not a fight about who invented email. This is a fight about whether or not our legal system will silence independent publications for publishing opinions that public figures do not like.

And here's the thing: this fight could very well be the end of Techdirt, even if we are completely on the right side of the law.

Whether or not you agree with us on our opinions about various things, I hope that you can recognize the importance of what's at stake here. Our First Amendment is designed to enable a free and open press — a press that can investigate and dig, a press that can challenge and expose. And if prominent individuals can make use of a crippling legal process to silence that effort, or even to create chilling effects among others, we become a weaker nation and a weaker people because of it.

We are a truly small and independent media company. We do not have many resources. We intend to fight this baseless lawsuit because of the principles at stake, but we have no illusions about the costs. It will take a toll on us, even if we win. It will be a distraction, no matter what happens. It already has been — which may well have been part of Ayyadurai's intent.

I am beyond thankful to the many of you who have reached out and offered to help in all sorts of ways. It is heartening to know so many people care about Techdirt. At some point soon, we may set up a dedicated legal defense fund. But, in the meantime, any support you can provide us will help — whether it's just alerting people to this situation and the danger of trying to stifle a free press through meritless lawsuits, or it's supporting Techdirt directly (or, if you have a company, advertising with us). As always, you can support us directly as a Friend of Techdirt, or check out some of the other perks you can get in our Insider program. You can also support us via Patreon.

If freedom of expression and the press is to actually mean something, it needs to be protected, not stomped on with baseless lawsuits that silence independent voices and opinions.

You can donate to help them at:

Posted by AuCorp at 8:17 PM No comments: 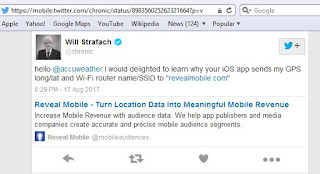 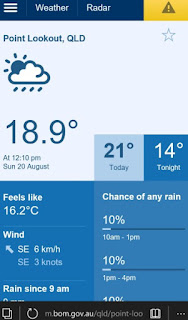