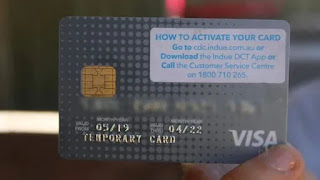 The government is hoping to dramatically expand the use of cashless welfare cards.

The Morrison government's plan to expand the use of cashless welfare cards has been labelled "discriminatory and coercive" by lawyers.

The Human Rights Law Centre (HRLC) slammed the Morrison government's proposals around the cards at a Senate inquiry into the new bill.

"This is the government micro-managing people's lives – denying them the freedom to make decisions about where to buy things like food and clothes, and the option of buying cheaper goods with cash," HRLC senior lawyer Adrianne Walters told the inquiry. At trial locations in three states, cashless welfare cards quarantine 80 per cent of Centrelink payments so the money can only be spent on essential items, rather than alcohol or gambling.

The government wants to expand this to include an additional 22,000 people in Cape York and the Northern Territory, where 50-100 per cent of income will be quarantined depending on ministerial direction.

But lawyers claim 82 per cent of people likely to be affected by the new bill are Indigenous.

"Imposing a blanket law that forcibly restricts how and where a person can spend their money, fails the human rights test," Ms Walters said. 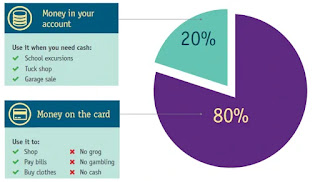 "At its core, this is a discriminatory and coercive policy. In remote areas, it effectively punishes people who have no choice but to turn to the social safety net because of the lack of paid jobs in their communities. Rather than fix this injustice, the government is seeking to broaden it."

The national trial of the cashless welfare cards is in its fourth year, and without an extension being granted in Parliament it will expire in June next year.

The cards are being rolled out in Kununurra and the Goldfields in Western Australia, Ceduna in South Australia, and Hervey Bay in Queensland.

Draft laws to expand the scheme are before the lower house of federal parliament.

Material from the Department of Social Services states "the Cashless Debit Card is testing whether reducing the amount of cash available in a community will reduce the overall harm caused by welfare fueled alcohol, gambling and drug misuse".

A government report released last year found the cashless debit card has had a "considerable positive impact" in the two trial communities of Ceduna and the East Kimberley.

"[The concept] has been effective in reducing alcohol consumption and gambling in both trial sites and [is] also suggestive of a reduction in the use of illegal drugs," it said.

"[And] there is some evidence that there has been a consequential reduction in violence and harm related to alcohol consumption, illegal drug use and gambling".