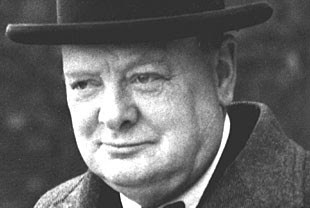 Wartime British prime minister Winston Churchill banned the reporting for 50 years of an alleged UFO incident because of fears it could create mass panic, according to new claims.

The grandson of an RAF officer who was one of Churchill's personal bodyguards wrote to Britain's Ministry of Defence in 1999 about the alleged incident.

His account and Churchill's claimed reaction featured in documents released on Thursday from Britain's National Archives.

According to this account, the man's grandfather overheard Churchill discussing the alleged incident with US wartime General Dwight Eisenhower.

Reports given to Churchill claimed that a reconnaissance aircraft returning to Britain from a mission was shadowed by a UFO as it crossed the British coast.

The plane's crew were reported to have photographed the object, which they said had "hovered noiselessly" near the aircraft, before moving off.

According to the letter describing this alleged incident: "Mr Churchill is reported to have made a declaration to the effect, 'This event should be immediately classified since it would create mass panic among the general population and destroy one's belief in the Church.'"

What Churchill is saying this that Religion is a form used to control the masses.

When one is illuminated, with knowledge, then one does not follow the rule of mass population control.

This is a well known fact amongst the rulers of the world.

Information is STILL and always will be kept from the general populous.

An Indian national arrested as he was trying to flee the country has pleaded guilty to the brutal abduction and rape of a young university student.

Harjot Hundal Singh dragged the woman into his windowless van, tied her hands and told her to stop shouting or he would kill her with a knife, the Victorian County Court heard on Thursday.

Singh also punched the woman, who had been walking home from Springvale station in Melbourne's east, and grabbed her around the throat, before pulling her pants and underwear off.

He drove the van for a few minutes before stopping and raping the student, who was a virgin, without using a condom.

The attack occurred near the station about 11pm on June 18 last year.

Singh was arrested at Melbourne Airport with a one-way ticket to India two days after being interviewed by police about the attack.

On Thursday, Singh, 27, a married father, faced a pre-sentence hearing after pleading guilty to rape, abduction and intentionally causing injury.

"It is every woman's nightmare or person's nightmare to be alone at night, dragged off the street, taken from behind ... locked in a windowless van and raped," he said.

Mr Gibson said the victim, who like Singh was a foreign national trying to make a better life in Australia, received two black eyes and bruising and abrasions to her back, hands and legs.

He said the attack was in the "very, very serious category" and called for Singh to be jailed for between 12 and 14-and-a-half years with a non-parole period of at least nine years.

Singh's barrister Paul Higham conceded the offending was serious and that there were aggravating features.

He said his client had gone for a drive in the van, which he had borrowed to move house, because his wife and mother were arguing.

Mr Higham said his client's life had been dominated by others.

"What he has done is see this woman and use her as a vehicle for the re-imposition of control," he said.

Psychologist Patrick Newton told the court Singh became aroused as the victim refused him and he exerted control over her.

Mr Newton said Singh understood that he had a very negative impact on the victim.

Singh, of Springvale, had been living in Melbourne with his wife who was a student.

He is likely to be deported when his sentence ends, the court heard.

Judge Marilyn Harbison will sentence Singh, who has been in custody since he was arrested at the airport, on August 27.

Another classic example of how 'shady' characters slip through the system as 'students' who engage in criminal activities.

The government supports the importation of TRASH under the banner of 'students' or 'refugees' or 'asylum seekers', who then create a crime spree on our society.


AN Emirati police official says a British woman was briefly detained after stripping down to a bikini and walking in her beach wear through a five-star mall in Dubai.

The official says the British woman was shopping in the mall yesterday, when a conservatively dressed Emirati woman came up to her and criticised her low-cut top.

The Briton responded by stripping down to her bikini and walking like that through the mall, popular for its many luxury shops.

Mall security detained both women and took them to a police station for questioning. They were released later yesterday.

The police official spoke on condition of anonymity because he was not authorised to speak to the media.

The Briton's name was not released.

Other nationalities come over to other countries 'forcing' (a move discreetly supported by politicians) them to accept their national dress code,

therefore the dress code of Westerners HAS to be also accepted in other countries, otherwise those countires are RACIST. Which is ILLEGAL in this day and age.

Posted by AuCorp at 8:52 AM No comments: 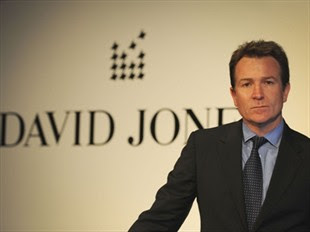 Former David Jones CEO Mark McInnes has announced that he is returning to Sydney to “vigorously contest” sexual harassment charges laid against him, according to reports.

Kristy Fraser-Kirk, a former publicity co-ordinator for the department store, filed a claim on Monday that Mr McInnes had made unwelcome sexual advances towards her.

Mr McInnes, who moved to the US after resigning over the scandal in June, released a statement to the Sydney Morning Herald today admitting he had acted inappropriately.

“I have made mistakes and acknowledged those mistakes,” he said.

“Having said that, I reject many of the recent specific allegations and legally I have no other alternative than to vigorously contest them and I will.”

He apologised to all involved, “most particularly to the complainant,” and explained his swift resignation from David Jones. 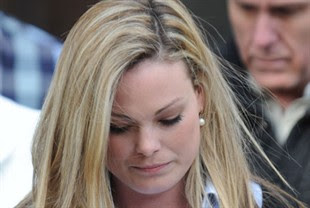 Mr McInnes' partner Lisa Kelly, who is five months pregnant, is expected to return with him.

Another example of how being in the 'boy's club' will most likely go unpunished.

This is how he admitted to the crime committed against the individual concerned.

It is NOT a matter of who is right or wrong BUT rather how many lawyers can be against the complainant.

How can a husband of an expecting wife ADMIT to adultery or sexual harassment ? 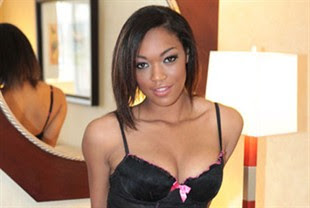 Montana Fishburne, who stars in X-rated films under the pseudonym Chippy D, says her new profession is causing her problems with her family but is confident she can work through them, TMZ reports.

"I feel pretty confident that I can work things out with him."

She told TMZ she got on well with her father and usually spoke with him on a weekly basis, but never informed him of her intention to do pornography.

She said the aim of starring in the film was to get more exposure so she can eventually start an acting career.

The Hollywood Financiers are sending out the correct message

that you have to be a whore to 'make it', and NOT for your acting abilities.

Massive volumes of carbon dioxide and methane frozen in the earth's soils are a "time-bomb ticking under our feet", soil scientists say.

The thawing of vast areas of frozen soils and the decay of peatlands under higher global temperatures could release massive volumes of carbon dioxide and methane into the atmosphere - potentially doubling the amount of atmospheric greenhouse gases.

The World Congress of Soil Scientists in Brisbane has been told that frozen soils and peatlands in the northern hemisphere are estimated to store up to 50 per cent of the world's organic soil carbon.

University of Wisconsin-Madison soil scientist Dr James Bockheim said global warming threatens to thaw these soils, some of which have been frozen for thousands of years.

"Atmospheric temperatures have increased by 3 (degrees) C over the past decades in the Arctic and Antarctic regions and this continued warming may cause carbon stored in the surface permafrost to be released to the atmosphere as carbon dioxide," he said.

The potential release of greenhouse gases from frozen soils is not currently taken into account in the Intergovernmental Panel on Climate Change (IPCC) calculations as it is not known exactly how thawing will impact on greenhouse gas emissions.

Rising global temperatures will also increase decomposition of old carbon stored in peatlands, many of which also are underlain by permafrost.

Dr Merritt Turetsky, from the University of Guelph in Canada, is studying peatlands and describes them as a time-bomb ticking under our feet.

"Peatlands represent only 1-3 per cent of the world's land surface, but play a major role in the global carbon cycle," Dr Turetsky said.

"Peatlands have served as a long-term sink of carbon dioxide but today also represent one of the largest natural sources of methane.

Dr Turetsky said that, under climate change, northern regions are also becoming more vulnerable to large-scale disturbances such as fire.

Fires in remote northern regions can burn hundreds of thousands of hectares over several months, and Dr Turetsky's research has shown that when fires burn into peatlands, emissions of carbon and toxic metals such as mercury can surpass industrial levels.

Posted by AuCorp at 9:33 AM No comments: