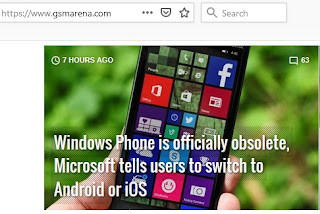 With Microsoft's exit from the mobile phone industry, the general population has literally now only two choices when it comes to purchasing new phones, where even then their lifespan is deliberately limited to 2 years, where you are 'forced' to update your device in order to keep you a nice little subservient corporate slave.

After all what good are you to a corporation if you only purchased their product once?

It's easier to monitor/control the masses when they have less choices.

You see it's an age old principle, dating back to the 'holy land' where the inhabitants believed in many gods, where this was too difficult to administer by the conquering empire, where mono-theology was enacted on the peasants of the region, with zero proof of course.

There's this man made (alleged) 'war' for example with America v Russia, East v West, North v South (Korea for example) and maybe even some God v some devil (that alleged God allowed to exist) to keep the plebs occupied.

When it comes to consumerism, for the Aussies there's Coles v Woolies, who knows how long the other supermarkets will survive, there's the Labor v Liberal en-slavers, the alleged Ford v Holden 'war' (maybe at Bathurst) that never really existed just in the minuscule mind of the Aussie bogan and now there's only two choices of operating systems for new phones, either Google's Android or Apples iOS.

After all, it's way easier to implement cracking solutions, e.g. from Cellebrite for two platforms rather than half a dozen.
Posted by AuCorp at 3:40 PM No comments:

In the British colony called Australia, the police force is corrupt to its core. 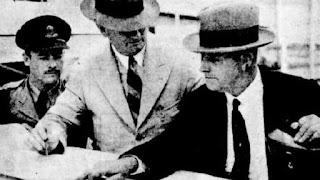 An article by the Rupert Murdoch online publication news.com.au, focuses on the disappearance of a socialite, a high up public servant and floozy Marjorie  Norval, which in reality also tells a tale of corruption in government that no doubt Norval was privy to. 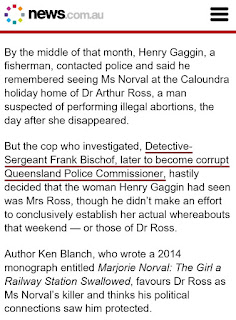 "But the cop who investigated, Detective-Sergeant Frank Bischof, later to become corrupt Queensland Police Commissioner, hastily decided that woman Henry Gaggin has seen was Mrs Ross, though he didn't  make an effort to conclusively establish her actual whereabouts that weekend - or those of Dr Ross."

Just a reminder that Victoria Police was actively involved in illegal abortion clinics in the 1970's.

See: "Report of the Board of Inquiry into Allegations Of Corruption In The Police Force In Connection With Illegal Abortion Practices In The State Of Victoria", from 1971 in pdf (12.7MB, 169 pages) below:

See article on Marjorie Norval at:

Posted by AuCorp at 9:59 AM No comments: