Despite another fall in the unemployment rate, the labour force figures offer plenty of support for the idea that the jobs market is weak.
Figures from the Australian Bureau of Statistics (ABS) on Thursday showed the number of people employed in August fell by 8,800 or 0.1 per cent.
But the number unemployed fell even faster, by 10,600 or 1.7 per cent.
As a result, the unemployment rate - the number unemployed as a percentage of the labour force fell to - 5.1 per cent, from 5.2 per cent in July and 5.3 per cent in June.
The lower jobless rate gives the impression of a strong labour market.
And it's certainly been strong enough to keep the unemployment rate down.
But that's been in large part the result of a declining participation rate.
That's the proportion of the working-age population either employed or fitting the standard definition of unemployed - jobless, looking for work and ready to start.
The participation rate peaked at 66 per cent in November 2010.
If it had stayed there, and employment had grown as the ABS reported, then faster growth in the available labour force would have spilled over into higher unemployment.
If that had happened, then the unemployment rate would now be 6.5 per cent, not 5.1 per cent.
But the participation fell to 65 per cent, a five-year low, in August.
And a declining participation rate is generally a sign of a soft labour market.
People respond to the scent of a job by joining the hunt but when the trail goes cold they give up.
So, while the unemployment rate is a positive sign, the participation rate's downward trend is a negative sign.
And so is the flat trend in employment.
Alternating ups and downs over the past four months have just about exactly cancelled each other out.
The ABS estimates the trend in employment is rising at a rate of 1,200 or 0.01 per cent per month, a pace that's - for practical purposes - as flat as yesterday's beer, about one fifteenth of what might be considered normal.
There's a good chance that the trend in reality may be positive, a consequence of an apparent pick-up in immigration that has not shown up in the population estimates underpinning the bureau's estimate of employment.
Even so, the fact is that the trend is not strong enough to prevent unemployment from rising unless the proportion of the population active in the labour market falls.
For those concerned about the direction for interest rates, this all means that the Reserve Bank of Australia (RBA) can probably consider cutting the cash rate again, if it feels the need, without worrying too much about sparking a push in wages growth spurred by lower unemployment.

Since the 'official' government jobless rate is a figure that influences the multibillion dollar economy, the government is (falsely) portraying an optimistic figure.

As a result of this (for example), interest rates can remain as they are or increased for the benefit of the banking community, rather than being reduced.

Many industry's have experienced job losses, but the government persists to perpetuate false information.

Many industry analysts use the more realistic figure of over 8%, where the actual figure is closer to 9.5%.

No one from the corporate media dares to challenge this fraudulent figure of 5.1% 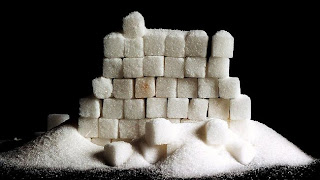 NEW research linking a diet high in sugar and processed foods to brain shrinkage has prompted a rethink on safe blood sugar levels.

People with blood sugar levels of 4ml-6.1ml were found to have a greater risk of the brain atrophy that occurs with ageing and dementia, researchers at the Australian National University's College of Medicine found.

These blood sugar levels are not high enough to meet the clinical definition for type 2 diabetes and are at the upper end of the normal range, which has surprised researchers.
The research may force doctors to redefine what blood glucose levels are dangerous.
The study found that the loss of brain volume affected mostly memory and cognitive skills.
Dr Nicolas Cherbuin, who conducted the study, said the research suggested long-term exposure to  foods like sugary drinks and white flour were responsible for the problem.
Previous medical research found higher levels of brain shrinkage among the obese and patients with type 2 diabetes.
"These findings suggest that even for people who do not have diabetes, higher blood sugar levels could have an impact on brain health,'' Dr Cherbuin said.
"More research is needed, but these findings may lead us to re-evaluate the concept of normal blood sugar levels and the definition of diabetes,'' he said.
After controlling for age, high blood pressure, smoking, alcohol use and other factors the study found blood sugar accounted for six to ten per cent of the brain shrinkage.
The study involved  249 Canberra residents aged 60-64 who had an MRI scan of the brain and a blood glucose test and  were then retested four years later.
The shrinkage of the brain was measured by comparing brain size in the two MRIS.
Dr Cherbuin says he is now undertaking new research to see whether people aged in their 40's and 50's experience the same brain shrinkage.
The best way to avoid brain shrinkage was to eat low- glycaemic foods and avoid sugary soft drinks and highly processed foods that used sugar, white flour and fat, he said. Physical activity also helped lower blood sugar levels.

MORE than 18 years after he reported a senior soldier for a hit-and-run car accident in the Middle East, David Hartshorn has finally received an apology after an Army cover-up of the crime. 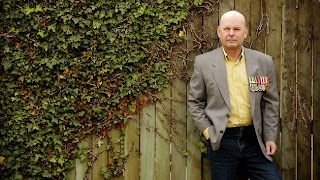 The former sergeant was fobbed off by everyone from then Defence Personnel Minister Bronwyn Bishop down, after he ignored orders to keep the crime secret because the woman struck by an Australian 4WD vehicle in Egypt in August 1994 was ''only an Arab''.
His final quest for justice was to report it to the DLA Piper Review of abuse in Defence and he believes the apology he has received from Army Chief Lieutenant General David Morrison and the Inspector General of Defence Geoff Earley came directly as a result of the ADFA Skype-sex inquiry.
The government will soon respond to the Piper review, which recommended action on 775 credible claims of abuse in the military.
It is understood that it favours an amnesty deal and a Royal Commission into the claims, but it is complicated by the inclusion of several very prominent names in the ''accused'' columns of the classified report.
According to sources the names include two former Defence chiefs, at least one ex-service chief and numerous serving senior officers.
Lieutenant General Morrison did what his five predecessors, Generals John Sanderson, Frank Hickling, Peter Cosgrove, Peter Leahy and Ken Gillespie, all chose not to do and has apologised to the Toowoomba-based former sergeant.
Mr Hartshorn was in the front passenger seat of a van driven by his Regimental Sergeant Major which hit the woman in central Cairo at a speed of about 40 km/h.
Because the vehicle never stopped at the time and no one found out later, it is not known what happened to her.
''I am sorry that your treatment by Army was so poor that you felt forced to discharge from Army in 1998 and I regret this set of circumstances. Thank you for your good soldiering and for upholding Army's values,'' he wrote .
In a letter dated March 1998 an adviser to then Defence Personnel Minister Bronwyn Bishop wrote to him, ''With regard to your request for an apology from the Chief of Army, this has been given careful consideration and it has been decided to refuse your request.''
The current Inspector General of Defence Geoff Earley declined to further investigate Mr Hartshorn's claims, but praised his actions.
''I accept that you saw it your duty to bring the traffic accident in Egypt to the attention of your chain of command and that this action was consistent with the culture of reporting issues/incidents that the ADF wishes to encourage,'' Mr Earley wrote.
Mr Hartshorn said it was incredible that it had taken 18 years and half a dozen inquiries, including the DLA Piper Review, for authorities to admit that his actions were proper.
''I hope and pray that the hundreds of other complainants, subjected to much worse abuse than I was, may soon find closure for their own cases,'' he said.

The government is only sorry that the cover-up got exposed, rather than from the actual content of the crime.

There is no remorse over the crime committed, as this is the attitude or mentality of the people in charge.

18 years of government crime cover-ups in this arena is a short time.

There is far more crime committed than the media is allowed to report.

Governments and the people they support are above the law when it comes to the criminal 'justice' system.

Another legacy of corrupt governance.

Posted by AuCorp at 5:20 PM No comments:

In a recent report by the corporate media, it was made known that the government’s welfare strong arm Centrelink, is allowing its welfare recipients wait for two hours or more before being attended to.

It has also been mentioned that the jobless are expected to survive on $35 per day from the welfare payments received, even though this figure is ‘officially’ approximately 60% below the poverty line.

There have even been put forward challenges for politicians to live on $35 per day, with a response from labour MP Bill Shorten, that he is also struggling to make ends meet on $330,00 per year.

The discriminatory reality is that welfare recipients, particularly the unemployed, are not only frowned upon by ‘authorities’ but are labelled the derogatory Australian term ‘dole bludgers’.

A social function that included many Centrelink staff, netted disturbing results as to the attitude of the staff towards welfare recipients and an insight as to what goes on behind the scenes.

Employees mentioned how they deliberately put the welfare recipient on hold, meanwhile going out for a smoke break, and a morning tea break, taking their time, stopping and having lengthy chats with other staff members about the weekend or current sporting event.

Centrelink staff members also laughed at how they deliberately leave the recipients on hold for extended periods of time, justifying themselves by saying “we don’t give a f..k”, “they need us in order to get paid, so we’ll make them wait as long as we can”.

The abuse continues further by staff saying that if the customer complains, “we just hang up on them”.

This form of harassment would be unacceptable from the public, but since it comes from authorities, not only is it acceptable, supported but also covered up.
Posted by AuCorp at 5:10 PM No comments: