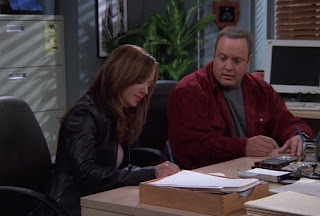 It is truly unfortunate that many Americans look for 'guidance' from celebrities, where in reality many of those celebrities would have a far less than ideal take on life.

So now, in comes the Hollywood influencing machine, where in this case it has given a message to the general population that it's acceptable/preferable/desirable to enslave your partner to the banks for 'love' or rather as a token that you love each other consummating your marriage vowels.

In the colony called Australia, as a result of the royal commission into banking with regards to just one sector, there has been (only) a 'recommendation' of criminal charges as a result of approximately 14,000 breaches in the law, as opposed to actual charges being laid and the 'banksters' being physically incarcerated as a result.

If a serf had a driving record of similar calibre, would that 'person' not be allowed to conduct commerce on our roads?

Also in Australia, could it be that because it was 'in your face' (rather than something a little more hidden) that the herd population gathered in unity and decided to take action against the ANZ bank in the High Court of Australia in 2012, under the label of Andrews v ANZ [2012] HCA 30.

So, in general we can say that (retail) banks do not act for the benefit of the depositor or so called 'customer'.

Please note that when you give 'your' cash (or rather fiat currency) to a bank it's no longer yours.

On Australian television, an episode of the popular series The King of Queens was aired, where a major life changing decision was portrayed to be made nonchalantly, without any real thought, based on the advice of mortgage broker, which would be to his benefit and not the couple's.

Carrie and Doug apparently had 7 years left on the mortgage (a word play on engagement until death), where Doug presented the 'facts' i.e. brochures which he did not even read, to further enslave the couple for 30 years, but rather went on the advice of the broker.

The episode focused on other 'important' matters like a work 'wife' or 'husband' rather than a life changing decision, that was done and dusted with the stroke of a pen without any real consideration.

Such an important topic was 'covered up' (oops not quite, they did mention it in the trivia section further down the page) by the popular site IMDb, where all that was stated with regards to the episode was:

"Carrie and a guy (Curt) from her office get along well and when Doug finds out people at Carrie's office call Curt Carrie's 'work husband' he feels threatened. Even though he knows Curt is gay."

This is a classic example of The Dumbing Down of America 101.

Posted by AuCorp at 6:51 AM No comments:

Corrupt banks supported by the courts unaccountable to their customers

In this case the example is the Commonwealth Bank of Australia.

The average Australian 'John Citizen' would most likely be unaware that the recent royal commission into banking etc, was a farce and a waste of taxpayer's blood sweat and tears.

While there may have been many thousand 'recommendations' for criminal charges in just one aspect of banking none have come into fruition so far.

In reality Australia's legal system is rigged against the serf, where corporate criminal activity truly flourishes, especially when one is supported within the 'brotherhood' one belongs to.

Here is just one example as reported within Tuesday's Herald Sun publication: 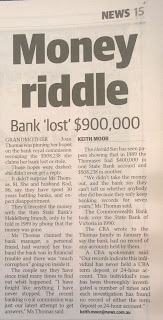 Something that has been known in the industry for quite some time, yet just only now has made it out into the public arena.

Note: Huawei is at the disposal of the Chinese government, even though it may seem as an independent entity.

See article from 9 April 2019 by techjuice.pk of the headline: 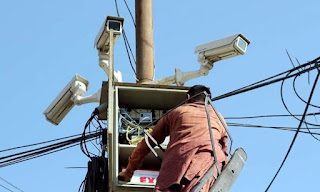 The second largest phone maker and top telecom equipment manufacturer in the world, Huawei was asked by Punjab Safe City Authority (PSCA) to remove all ‘extra’ wi-fi cards that were installed in CCTV camera cabinets in Lahore city “due to [a] potential of misuse”, as reported by BBC.

The PSCA’s safe city project in Lahore is a surveillance program that was launched to combat terrorism following serial blasts in 2016. Huawei had installed 1,800 CCTV cameras with cabinets in the city. But, the worrying factor with Pakistani authorities was that the tech giant had placed wi-fi modules hidden behind the circuitry.

The Wi-Fi signal transmitting cards were discovered by the staff of PSCA and authorities asked the firm to remove the modules in 2017. In any case, Huawei may have removed wi-fi modules by this point.

Meanwhile, PSCA officials have acknowledged that the inclusion of wi-fi transmitting cards was mentioned in the bidding documents, but according to a source linked with the project, the reference to this was unclear, the media report added.

A Huawei spokesperson in firm’s defense said that a misunderstanding has prompted, but refused to comment further on the matter except stating that the cards were installed to provide diagnostics without requiring physical access to the CCTV camera cabinets.

It is preeminent to note here that no evidence has been found that the cards created a vulnerability in the systems. Sources have also affirmed BBC that there had not been an opportunity to test the CCTV systems if they could be exploited before the wi-fi kit was removed. 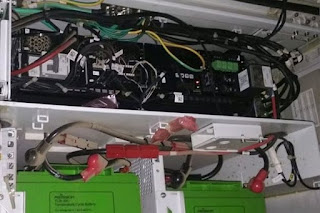 While it is understandable that wi-fi card installation makes it easier for engineers to track down malfunctions or other operational problems without opening the CCTV cabinets, the PSCA authorities cited that Huawei had not provided an app to make use of the wi-fi link. This means that the CCTV cabinets already could be managed by the surveillance system’s main control. The chief operating officer of the PSCA, Akbar Nasir Khan told BBC;

“Huawei responded to the request for their removal with promptness and has fully complied with our directions. It is always [the] choice of the parties in a contract to finalize the technical details and modules as per their requirements and local conditions. PSCA denies that there are any threats to the security of the project [and the] system was continuously checked by our consultants, including reputed firms from [the] UK.”

On the other hand, security experts are of the view that whenever remote connectivity is granted to someone for the ‘benefit of convenience’, there are always dangers of opening up doors for cyber attack. And Huawei’s reputation in the US and other European countries, who consider it as a Chinese tool of spying, is the bone of contention for Pakistani authorities to trust it with CCTV systems.

Posted by AuCorp at 8:16 PM No comments:

It seems that Australian advertising standards are either not followed or they have hit rock bottom.

Sure we can go and fish out the relevant legislation, but it really does not matter how rigged it is for corporations to profit from the slaves in the (penal) colony we call Australia.

The Rupert Murdoch site is becoming a dumping ground for click bait or rather false information that is 'promoted' by the media mogul. 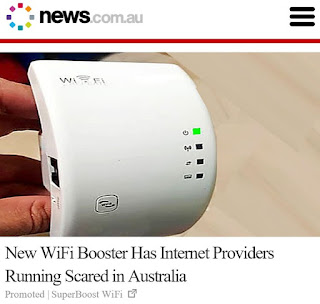 When we asked an ISP (Internet Service Provider) whether or not a Wi-Fi signal boosting product has them worried, we were met with a response of laughter and confusion.

A Wi-Fi booster, amplifies the signals from your internet connected Wi-Fi modem/router, which may allow an otherwise weak signal to penetrate the furthest rooms in a two storey residence or allows you to browse the internet from your device from further points outside of your residence, like the neighbour's swimming pool. 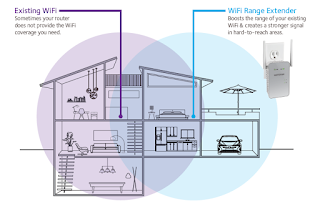 At no point does this device have the ISP "running scared".

Upon a refresh of a page within the news.com.au site, the corporate slave/data provider/user is greeted with another new false headline generated message promoted by Rupert Murdoch.

This time the claim is that the new Wi-Fi booster "Stops Expensive Internet in Australia", as seen within the screen capture below: 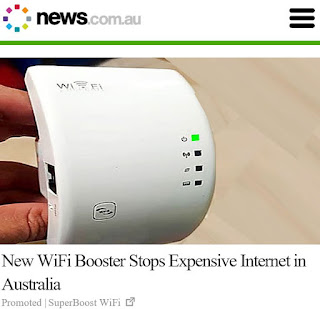 News Flash: The ONLY way to "stop expensive internet in Australia" is to disconnect from it and find a better deal yourself, something your Wi-Fi 'booster' is incapable of doing, well today anyway.

You never know, in the future your internet connected scissors may tell you that they're feeling homicidal and need to slice some paper up.

But then some retarded group of humans might get together and claim that paper has feelings too you know, where by that stage Victoria Police will have the authority to incarcerate you for breathing too much oxygen for that particular minute, as reported by your mobile phone to them, but that's a digression.

In the good ol' days promoted or sponsored content had a label affixed to the illustration that clearly marked it as "promoted", whereas now this can be quite easily overlooked by the serf. 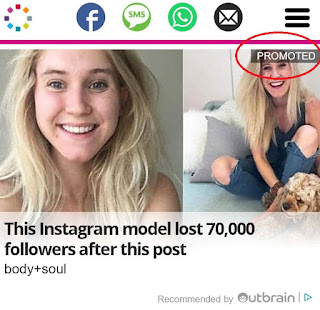 Kudos to you Mr. Rupert Murdoch in your offshore tax havens for your deception.

So what's ACMA going to do about it?

Probably diddly squat as usual
Posted by AuCorp at 7:44 AM No comments: