Putting aside the Barnaby Joyce affair, the people in the Australian Government have a much more serious issue that is not on a domestic scale but rather has global ramifications, that being a "Constitutional Crisis" that is (deliberately?) hidden in plain sight.

Please also note that a book from 1999 called AUSTRALIA The Concealed colony  by F.J. Coningham Ph.D. has been removed from bookshelves.

From the video below (6m50s), these are the topics mentioned;

The people in government will not do anything about this, due to the cushy government entitlements, where they'd rather keep the masses in the dark.

Posted by AuCorp at 8:53 AM No comments:

How secure is your encrypted data in Google's cloud?

You are being coerced / enticed / conned / forced / limited to storing your private and confidential data in various corporation's servers called the 'cloud'.

A quite legitimate question could be how safe or secure is your data in that company's server 'farm'.

All these terms with reference to nature could be an illusion to make one feel at ease and harmony with those services.


So how safe is that data really?

See top secret classified information obtained by Edward Snowden from a division of the NSA, called Special Source Operations (almost makes one want to purchase a burger, just by saying that division's name, cheeky buggers!), contained within the illustration below: 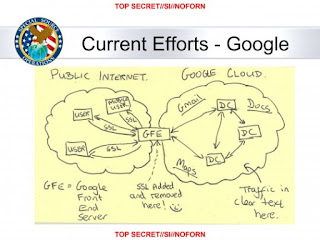 As you can see from the above illustration your data travels in clear text, i.e. VERY not secure!

If you choose to use those services, you are a contributing factor to the loss of your own privacy.

Now, Now, let's not start a meme with the words "Nothing to hide, nothing to fear.. "

Posted by AuCorp at 7:50 PM No comments:

Royal commission into banks is a farce

Apparently there is a Royal commission into the banking industry in Australia. 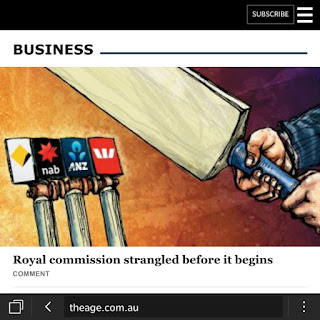 At the end of the day it is an act or rather a farce at the expense of taxpayer funds.

Because commissions are inquisitorial and as a result not bound.

Posted by AuCorp at 8:24 AM No comments:

So, apparently these photos are of James Bulger's killers from the late 2000's.

Posted by AuCorp at 6:00 PM No comments:

Australia the best place in the world for white collar criminals, eg politicians? 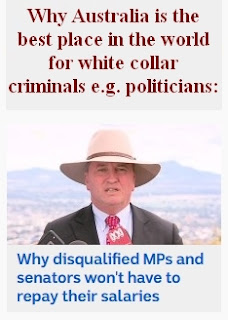 Words spoken have got nothing on loud actions, apparently so much so that there is even a saying for it, or maybe a meme or seventeen.

Apparently also every single person is equal in the eyes of law, or so they tell the masses, but again reality is a different story.

If a member of the tax slave population is accused by Centrelink that the person has defrauded taxpayer's funds then the alleged amount must be returned promptly, where if it is not returned, cash is then taken out of that person's account or assets taken, or even the person is incarcerated.

The 'building' (in reference to Australia's Parliament in Canberra) knew of the affair between Barnaby Joyce and his girlfriend, Ms. Vikki Campion for quite some time and tried to keep a lid on it, where this matter now became public knowledge. 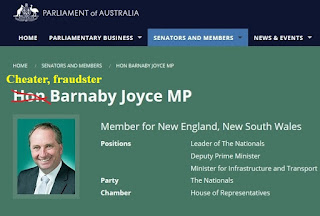 While some people may think that getting your 'girlfriend' pregnant is a bit of a bugger, it's a bit worse when your wife did not know about it.

So much for being 'faithful', and an understanding of Commonwealth law, the Marriage Act of 1960.

During this matter it was also revealed that Mr. Barnaby Thomas Gerard Joyce, Ms Vikki Campion and others including Australia's Prime Minister Mr. Malcolm Bligh Turnbull  were involved in fraudulent activity, in ripping off tax payer funds for various activities.

The people in government to date have made no such remarks with respect to the people involved in defrauding hard working Australian's of their tax dollars.

It seems that the administration have "cooked the books" to be above the law with regards to fraud.

The people can do something about this, where if you are an elector you can write a 'my will' letter to your local MP  (state or federal) having your say on a particular action by those in government.

If you say (write) nothing then the people in government accept that you are content with their actions.

Posted by AuCorp at 3:10 PM No comments: