Coalition in contempt of the High Court?


The shenanigans of a colony gone feral.


From the article on 12 Feb 2020 by theguardian.com of the headline: 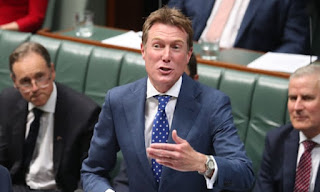 Attorney general Christian Porter said the high court’s decision that Aboriginal Australians are not ‘aliens’ has ‘very significant, immediate ramifications for what might not be a very large group of people’. Photograph: Mike Bowers/The Guardian


The Morrison government is looking to sidestep the high court’s decision that Aboriginal non-citizens cannot be deported using the aliens power by using other powers instead, the attorney general has said.

Responding to the high court’s landmark decision on Tuesday, Christian Porter said he found “great strength of reasoning” in chief justice Susan Kiefel’s minority judgment and the government may be able to legislate to deport the “not very large” group of Aboriginal non-citizens who have committed crimes in another way.

In a four-to-three decision, the high court held that Aboriginal people with sufficient connection to traditional societies cannot be aliens and therefore are beyond the reach of existing deportation laws which depend on the aliens power in section 51 (xix) of the constitution.

Porter told 6PR Radio on Wednesday the decision has “very significant, immediate ramifications for what might not be a very large group of people”.

Porter noted this group – “people who are born overseas, who aren’t Australian citizens, but may be able to show indigeneity and who are in Australia on a visa and commit an offence” would now “have to be treated differently from all other persons in the same circumstances” because they cannot be deported under existing law.

“So, it has a clear impact for that group of people and that policy of deporting people who’ve committed serious offences while on a visa and who are non-citizens,” he said.

“And we’ll be looking into ways in which we might be able to effect that policy, without reliance on the power that we previously were relying on, but we’ll look at that.”

Porter tacitly endorsed Kiefel’s view, saying her “minority reasoning was what I would have expected” but conceded the majority view would have implications for the federal government’s “program of pretty vigorous deportation of people that we consider represent a threat to the Australian community and Australian citizens”.

In his minority judgment, justice Stephen Gageler laid out a blueprint for how parliament could address the “complications and uncertainties” created for the maintenance of an “orderly immigration program” by reinstating its powers to deport Aboriginal non-citizens.

He said these could be addressed “by the commonwealth parliament reverting to the approach of relying on the power conferred by [section] 51(xxvii) to make laws with respect to ‘immigration and emigration’”.

“Alternatively, the commonwealth parliament might consider itself obliged to address them through racially targeted legislation enacted under s 51(xxvi) of the constitution [the race power].”

Gageler said on the “correct understanding” of the aliens power “neither is a course which the commonwealth parliament ought to be driven to take”.

Porter also acknowledged the judgment “may have broader implications”.

“It creates an entirely new category of people in terms of what the government can and can’t do,” he said, in reference to the new category of “belonger” – a non-citizen non-alien, recognised by the majority.

“Whether or not the principle has application in areas where the commonwealth relies on other heads of power, I think, is far less clear.”

Porter argued it was “not always an easy test” to determine if a person is Indigenous, citing the fact the court now requires a further hearing to determine if the second plaintiff, Daniel Love, is accepted as Aboriginal Australian by the the Kamilaroi tribe.

Although the decision has already provoked a furious response from conservative commentators who argue it introduces a new race-based distinction in the constitution, legal experts including Sydney University constitutional law professor, Anne Twomey, have warned it was too soon to know what the possible ramifications for the case might be beyond immigration law.

Wamba Wamba lawyer Eddie Synot, manager of the Indigenous Law Centre at the University of New South Wales, said the judgment concerned a “very narrow application of the aliens power” and explicitly stated it was not a recognition of Aboriginal sovereignty.

“More than anything for me, today just confirmed that the high court is never really going to be an environment where we’re ever going to be able to settle those original questions about sovereignty and the founding of the nations,” Synot said. “It’s going to have to be a political decision outside of the court.”

Synot said the decision had caused some angst among Aboriginal people concerned that a court was yet again appearing to decide on Aboriginal identity and belonging to country. Those concerns have been heightened in recent weeks by a request, swiftly denied, for police to investigate the Aboriginality of author Bruce Pascoe.

Posted by AuCorp at 2:30 PM No comments: 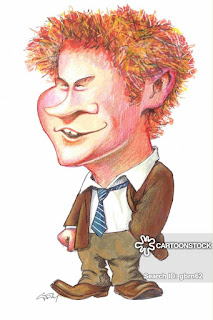 You were born into an ‘institution’, and were you not taught its law?

When you grew up and got married you concocted a plan to flee this institution with a one foot in and one foot out approach, but that was never going to work for you even though you did not comprehend the law you’re bound to.

You then tried to commercialised on your ‘royal’ status by branding ‘Sussex Royal’ (lol).

The sovereign had to step in and remind you of the law that you're bound to in the first place.

The removal of the brand name you tried to capitalise on makes you a laughing stock, but what’s more laughable is that people pay to hear you waffle on.

Even in the colony called Australia one cannot profit from the ‘crown’, which is what your intention was.

Your privileged and parasitic lifestyle demands that [for example] Canadian taxpayers must pay for your security as you are allegedly an IPP (Internationally Protected Person), whatever that really means. 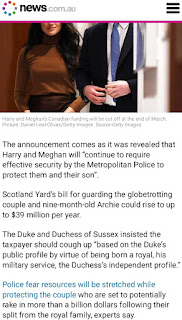 In your case maybe it should stand for Internationally Prancing Punce?

Irrespective of whatever commercial success you may or may not have in the future, you’re still a dunce, a common trait of inbreeding (even though they tried to thin it out with the introduction of your mother) within the institution you came from.

So how did that work out for your wanna be ‘princess’?

Is the smartphone industry realistically a lacklustre game of which company can add the smallest ‘feature’ which may have been disabled from a few years back, turned on in a new package in order to extrude a few hundred bucks from the unsuspecting consumer?

Or is it a bit more deceptive where in some regions consumer law should be woken up to pull these corporations in for false advertising?

Even though Samsung currently is one of the world’s largest smartphone manufacturers is it really the ‘best’ or even a company the consumer can trust?

Let’s take a quick simple analogy with regards to Australia’s automotive industry, and the Aussie iconic brand of Holden, which is now in the stage of being buried 6ft under.

Just because it was the most popular vehicle on Australian roads does not make it the best vehicle on the road.

With smartphones manufacturers are not so much innovating with technology into their devices but rather with terminology to lure consumers to purchase their high end products are more expensive yielding greater profits for the corporations.

With the release of Samsung’s new Galaxy S20 Ultra comes the focus on its 100x (zoom) photography, which is ‘advertised’ in a nice large font. 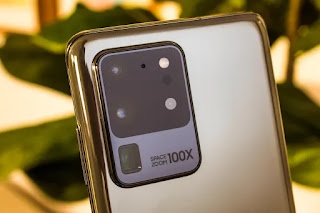 When camera or rather lens zoom capability is mentioned, the number that is referred to is the optical capability of the lens, period.

Samsung have made up a term called ‘space zoom’ where at this level of ‘100x’ the subject is realistically unusable in real life tests. 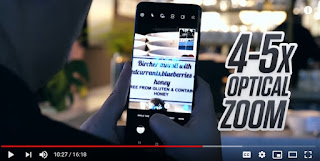 In today’s world apparently the next best newest portable communications device to have is determined by its photographic quality rather than its communication capabilities.

Samsung is not that honest when it comes to its new foldable phone the Galaxy Z Flip either, where it’s not a glass foldable phone but rather a plastic screen with some glass like substance in between.

With the emergence of many new smartphone players over the last few years,  which Australian consumers may have not heard of or even see over the shores of this colony, it’s very competitive out there especially in the large Chinese and Indian mid range consumer market, where desperate times call for desperate measures, like ‘false’ (?) advertising for some companies.

Just because this month’s new phone model has a wacky named tinge of bluish green aqua mauve matt finish compared to the glossy back of the previous model, does the really necessitate you to spend the overinflated price asked for it?

Too many models with no (real) innovation to offer.

As an example Huawei, despite the US ‘ban’ in 2019 announced 32 new smartphones (excluding tablets & watches) to the world, where that's an average of over two and a half phones per month.

Imagine if China was a ‘capitalistic’ régime, lol.